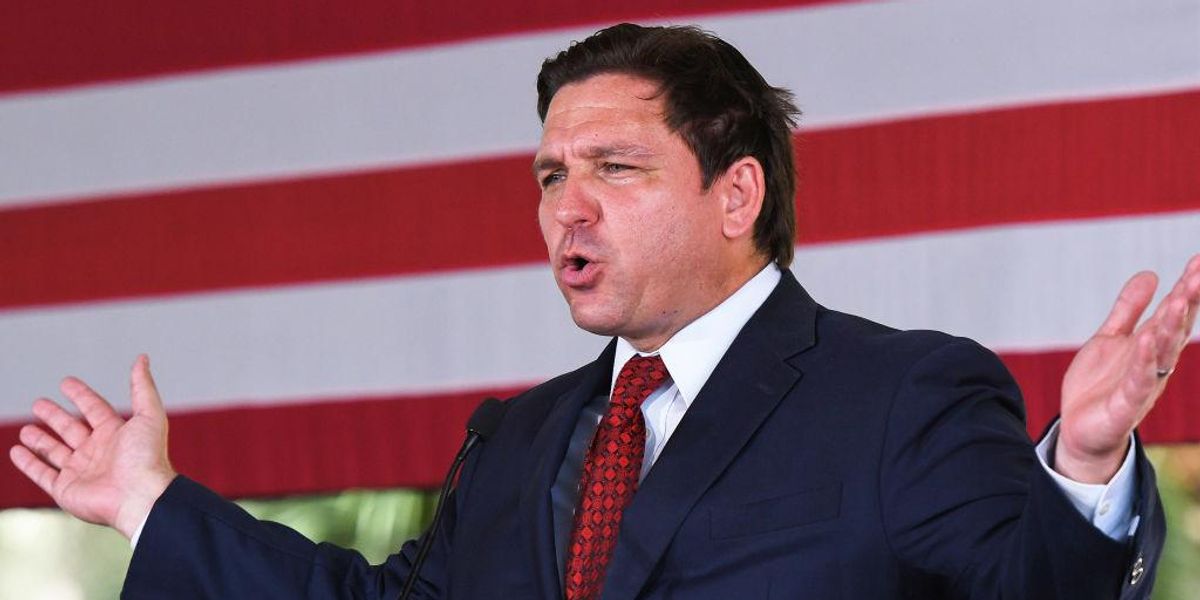 Hurricane Ian slammed into southwest Florida as a Category 4 hurricane on Wednesday afternoon with devastating winds of 155 mph – just 2 mph shy of a Category 5 hurricane. Ian made landfall near Fort Myers and Cape Coral with catastrophic winds, a dangerous storm surge, and heavy rain. More than 2 million Floridians are without power. A large portion of the Sanibel Causeway – which connects the barrier island of Sanibel to mainland Florida – collapsed and fell into the San Carlos Bay that flows into the Gulf of Mexico.

On Thursday, Lee County Sheriff Carmine Marceno told “Good Morning America” that estimated fatalities were “in the hundreds,” based on 911 emergency phone calls.

DeSantis clarified the sheriff’s statement by saying the number was an “estimate” and that there are two “unconfirmed” deaths, but authorities are unsure if the fatalities were related to the historic storm.

The Republican governor of Florida said that 28 large helicopters from the National Guard and the Coast Guard are performing active rescue missions.

DeSantis said, “The Coast Guard has been performing rescue missions on the barrier islands consistently since the wee hours of the morning.”

Contorno compared DeSantis encouraging Floridians to listen to local officials regarding hurricane preparations and evacuations to the governor previously advising residents to listen to state guidelines about COVID-19 pandemic instead of guidance from local government.

“As DeSantis prepares Floridians for Ian, he is urging residents to heed advice from the same local leaders he suggested they ignore during COVID and praising a federal agency he previously alleged withheld aid to the state because Biden was playing politics,” Contorno said on Twitter.

Contorno wrote in the CNN article:

An abrasive political style is what has endeared DeSantis to Republican voters across the country amid his ascent within his party, but it has also resulted in strained relationships with the same local and national leaders DeSantis must now collaborate with to get Florida through this storm. After initially ceding coronavirus action to city mayors and county officials, DeSantis made a hard pivot and stripped municipalities of their ability to manage the pandemic while encouraging residents to ignore local precautions on masks and other mitigation measures. This week, though, DeSantis urged Tampa Bay residents to follow the advice of local leaders and lauded county emergency management teams as experienced professionals.

CNN senior reporter Edward-Isaac Dovere retweeted Contorno and added, “Hurricanes & politics tend to run into each other in Florida, but this time it’s with a governor who has put himself at odds with many local government officials and who has been looking for fights with a president he may end up running against… 6 weeks before Election Day.”

u201cHurricanes & politics tend to run into each other in Florida, but this time itu2019s with a governor who has put himself at odds with many local government officials and who has been looking for fights with a president he may end up running againstu2026 6 weeks before Election Day:u201d

The CNN reporters were slammed on Twitter for allegedly politicizing the devastating hurricane to attack DeSantis.

DeSantis rapid response director Christina Pushaw: “Floridians’ lives are in danger, so of course CNN is rooting for the hurricane. Not everything is about politics. If you see a Cat 4+ hurricane approaching the coast of the United States and your first instinct is baseless partisan speculation, perhaps you should stop calling yourself a journalist. Because Covid & hurricanes are not the same. If you are seriously equating mask mandates and lockdowns (liberal rain dances that weren’t demonstrated to be effective anywhere in the USA) to HURRICANE EVACUATIONS, which are proven necessary from past experience, reevaluate.”

Radio show host Erick Erickson: “COVID is not like a hurricane. This is dumb and discrediting analysis.”

Author Rebecca Downs: “I asked if he has no shame, but sadly I don’t think it’s possible for those in the MSM to have any more, especially if it means getting to politicize and condemn their boogeyman.”

Editor Jennifer Van Laar: “And? It’s like you want Floridians to distrust the local leaders and possibly perish in the storm. What a tool you are.”

Sen. Ted Cruz (R-Texas) adviser Omri Ceren: “A lot of you are very mad about this sociopathic tweet from a CNN journo but in fairness to him he’s just doing his job.”

Meteorologist Ryan Maue: “CNN is such trash. Can someone yank this garbage off the air and Internet?”

Writer Ellen Carmichael: “Telling people how to get access to needed supplies or safe evacuation routes is not the same as directing their personal health care. I promise I’ve lived through more natural disasters than you, and I can assure you, no one appreciates this.”

Radio show host Derek Hunter: “This is pathetic, even for CNN. Weather and a virus are not the same.”

Judge Alex Ferrer: “Ahhh. Brian Stelter was fired so someone had to be the new George Costanza at CNN.”

Media critic Joe Concha: “In the running for worst tweet of the day.”

Writer Brad Slager: “This is undiluted partisan hackery. First, thinking Covid advice and hurricane preparedness are at all comparable is laughably dense. Secondly DeSantis already dealt with a hurricane strike and it’s aftermath, showing prowess in dealing with a natural disaster. Contorno is inept.”

Editor Mollie Hemingway: “CNN, where this activist produces propaganda against Florida, is such utter and unsalvageable trash.”

Journalist Claude Thompson: “These aren’t even close to the same things.”