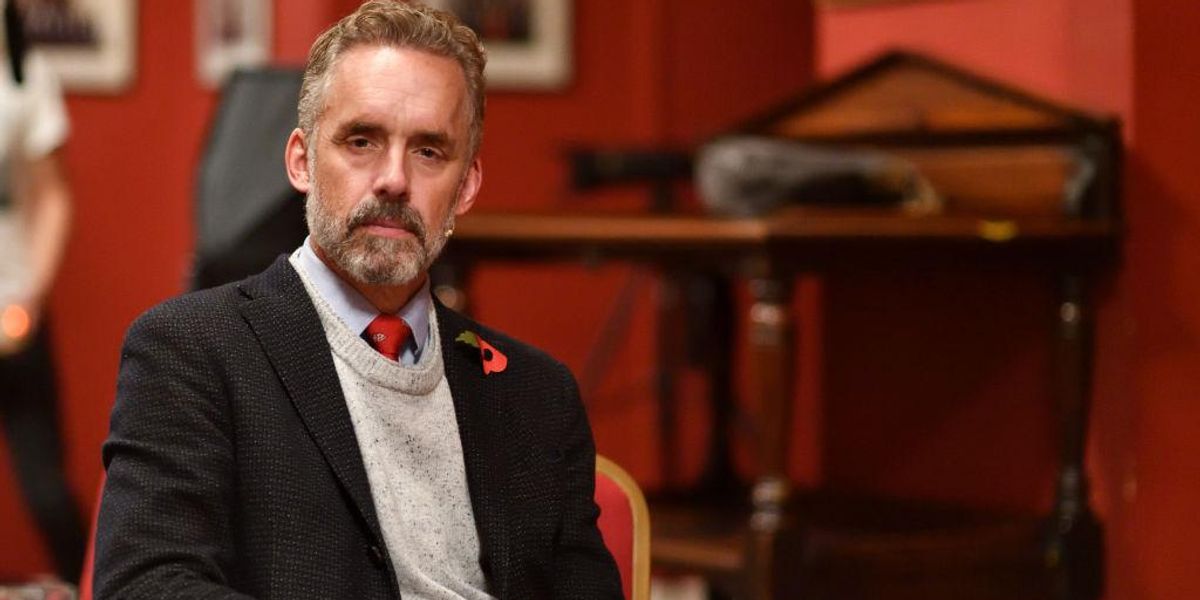 Canadian psychologist and best-selling author Jordan Peterson became emotional in an interview when asked to respond to Hollywood director Olivia Wilde using him as the inspiration for the villain in her new film.

Peterson was being interviewed by Piers Morgan on Wednesday on the Fox Nation show “Piers Morgan Uncensored” when he was asked about comments Wilde made earlier this month while promoting her film “Don’t Worry Darling.”

Wilde said that a sinister character played by Chris Pine was based on the popular and controversial psychologist.

“We based that character on this insane man, Jordan Peterson, who is this pseudo-intellectual hero to the incel community,” Wilde told Interview Magazine.

“They’re basically disenfranchised, mostly white men, who believe they are entitled to sex from women,” she continued. “And they believe that society has now robbed them—that the idea of feminism is working against nature, and that we must be put back into the correct place.”

“Jordan Peterson is someone that legitimizes certain aspects of their movement because he’s a former professor, he’s an author, he wears a suit, so they feel like this is a real philosophy that should be taken seriously,” she added.

Morgan asked the “12 Rules for Life” author to respond to Wilde’s comments, and he began to tear up.

“Is that you? Are you the intellectual hero to these people?” Morgan asked.

“Sure. Why not?” Peterson replied, voice cracking. “You know, people have been after me for a long time because I’ve been speaking to disaffected young men. You know, what a terrible thing to do, that is.”

“I thought the marginalized were supposed to have a voice?” Peterson asked.

“It’s making you emotional to talk about,” Morgan observed.

“Well, God!” Peterson exclaimed. “It’s very difficult to understand how demoralized people are, and certainly many young men are in that category.

“You get these casual insults, these incels — what do they mean? Is it like, well, these men, they don’t know how to make themselves attractive to women who are very picky, and good for them. Women, like, be picky. That’s your gift, man. Demand high standards from your men. Fair enough. But all these men who are alienated, it’s like they’re lonesome and they don’t know what to do, and everyone piles abuse on them,” he said.

Peterson went on to brush off Wilde’s specific critique as “low-level,” observing that Marvel Comics had already “painted” him as the Red Skull, a “magical super-Nazi.”

“That was kind of the end of the insult. There’s no place past that,” he said. He said her comments didn’t bother him and that he thought her movie looked interesting.

But Morgan was interested in why Peterson got emotional.

“I mean, you’ve been so controlled today, and yet in that brief moment, you got very emotional. Why?” he asked.

Tearing up again, Peterson said, “It’s really something to see — constantly how many people are dying for lack of an encouraging word.”

“And how easy it is to provide that. If you’re careful, you know, give credit where credit is due and to say you’re a net force for good if you wanna be,” he added.

“Do you believe you’re a net force for good?” Morgan followed up.

“Net? Yes. In all the details? Probably not. You know, no one’s perfect. So, people make their mistakes as they stumble uphill,” Peterson answered.