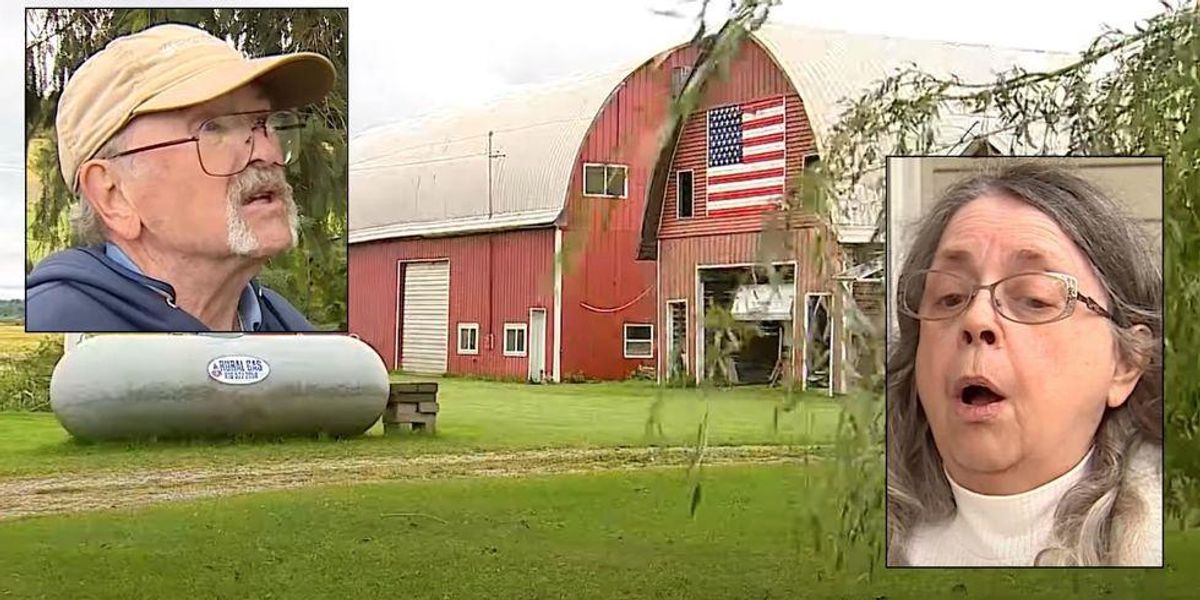 The Michigan man who shot an elderly pro-life canvasser claimed that she was arguing with his wife at the time and that the shooting was an accident.

The incident unfolded on September 20 at a home near Lake Odessa in Michigan.

The 83-year-old volunteer for Right to Life said she was peacefully walking away from the home when she was shot in the back.

74-year-old Richard Harvey and his wife Sharon Harvey give a very different account. They told WOOD-TV that the woman got into an argument with Sharon Harvey about abortion and refused to leave their property when asked.

Richard Harvey claims that when he came and saw the woman arguing with his wife that he grabbed his .22-caliber rifle.

“It got louder and louder. My husband was in the barn and he heard it,” Sharon Harvey claimed.

“I’m in the barn. I hear a bunch of screaming going on,” Richard Harvey said.

The woman was talking to people in the neighborhood to persuade them to vote against Proposal 3, a motion to keep abortion legal in Michigan after the pivotal Dobbs decision overturned Roe v. Wade.

Richard Harvey said that he shot a warning shot into a pine tree when he saw the elderly pro-life volunteer.

“She is still ranting and raving and she’s got this clipboard. She’s waving it around,” he claimed.

“I’m thinking she’s going to smack Sharon with it. So without thinking, I went to club it away with the rifle and my finger was still in the trigger guard. It went off and hit her,” he added.

The victim told investigators she was stunned by the gunshot that went through her shoulder. She said she got into her car and drove to the police in fear that she would be shot again.

Michigan State Police are still investigating the matter and the prosecutor for Ionia County told WOOD that their office would wait until the police report was completed before deciding whether to press charges.

A spokesperson for Right to Life of Michigan condemned the incident.

“No one should fear violence while peacefully exercising their constitutionally protected right to free speech,” said Ann Visser. “This 84-year old woman is hardly imposing, standing about 5-feet tall. The idea that shooting this woman is at all excusable is a dangerous claim for Americans across the country who engage in peaceful door-to-door canvassing.”

Harvey was asked if he thought he might face charges.

“It’s always possible,” he said. “I shot somebody. It was an accident.”

[embedded content]
Man who shot Right to Life volunteer: ‘It was an accident’

Thieves Attempt to Steal Mural From Street Artist Banksy Off of Building in Ukraine
Senators refuse to approve any new defense spending unless military’s covid jab mandate ends
House Dems Will Never Compromise, so They’re Calling on the GOP Majority To
Fairfax County Schools To Use ‘Assigned Females/Males’ in Sex Ed
Joe Biden as He Honors U2 at White House Reception: “150 Albums Sold! Among the Most Ever!” (VIDEO)