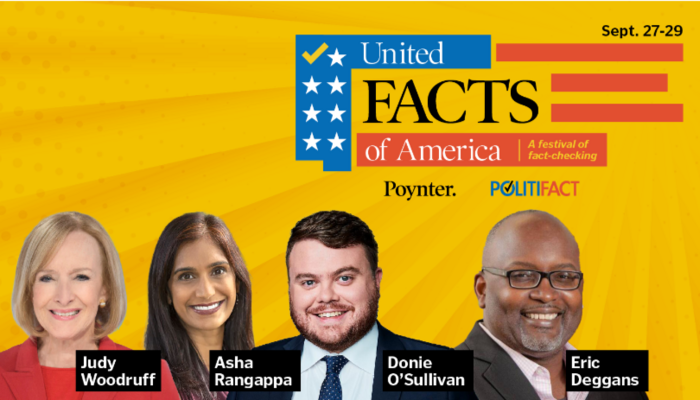 This week, PolitiFact is hosting “United Facts of America,” a so-called “festival of fact-checking. But the virtual conference, like their website, betrays that they identify strongly with the liberal media, hosting journalists from NPR, PBS, and CNN to discuss how the conservative media is “misinforming” the nation.

Our new study shows they’re six times more likely to “fact check” people or websites criticizing Biden than “fact checking” the president. Biden hasn’t drawn a single “Pants on Fire” as president. Let’s guess this is because that would make him too…..Trumpy.

This week was supposed to provide the last installment of the Pelosi-picked panel known as the House January 6 Committee. Hurricane Ian caused a postponement, but first, former GOP congressman Denver Riggleman was interviewed twice by 60 Minutes and CBS Mornings to tout the “grand jewels” of the committee probe.

We close with a reflection on James Bowman’s criticism of media environmentalism in the latest edition of The New Criterion. Enjoy the podcast below, or wherever you listen to podcasts.