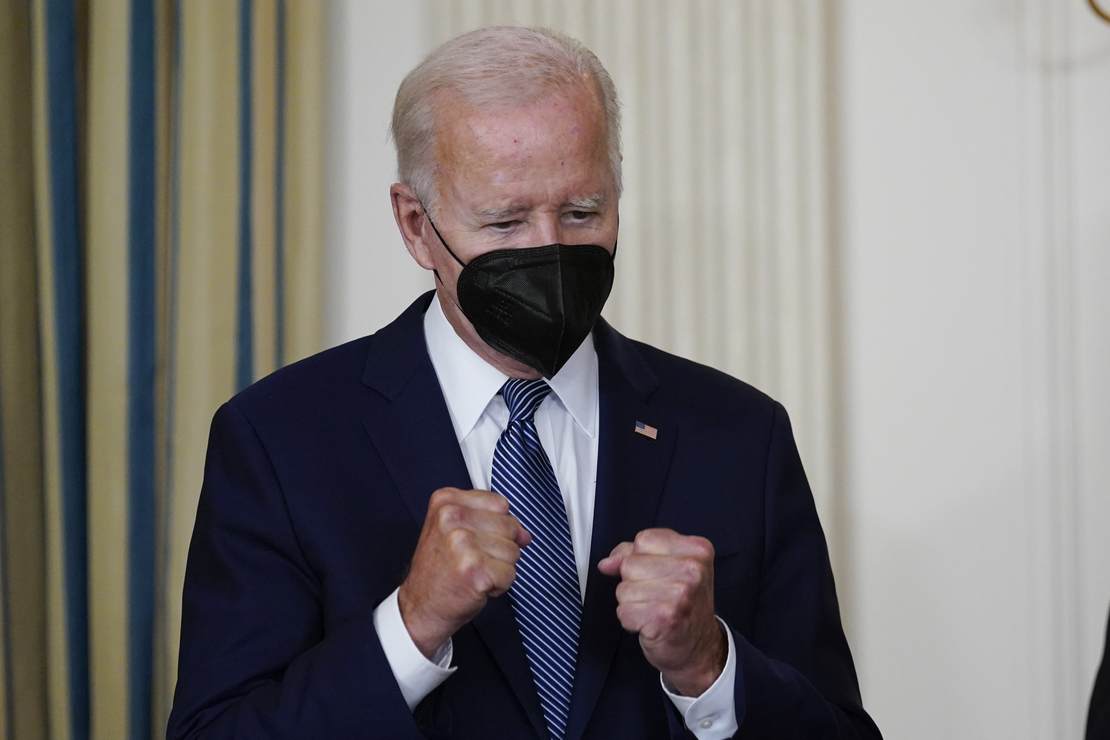 After a series of bad polls for Republicans came out over the summer, the media obsessively put forth a narrative that post-Roe Democrat enthusiasm would stave off a red wave in November. It’s true that many polls showed the GOP lead in the generic ballot tighten, and some even put Democrats ahead.

But now, once again, things aren’t looking so great for Democrats. Sure, House Speaker Pelosi claimed weeks ago that her party would hold onto the House. But the truth is that the Democrats’ majority in the House is so razor-thin that their chances of holding onto the lower chamber in this political climate remain extremely unlikely. Even Chuck Schumer thinks it’s a lost cause.

As for the Senate, Democrats have long been believed to have a good chance of retaining their majority due to favorable maps this year, even though the Republican lead in the generic ballot was larger. But there’s clearly been a shift in momentum as key races are tightening, and Democrats in close contests are making every effort to avoid debates with their Republican opponents.

Republican momentum has been clearly observable in these final weeks, and the proof just keeps on coming.

The latest YouGov/Economist poll, for example, now has the GOP up +1 in the generic ballot.

One point? Who cares? That’s nothing, right?

Do I even have to say that the YouGov poll has been extremely Democrat-friendly this cycle, until now? So, what happened? Well, it’s actually quite simple. Up until the most recent poll, YouGov was polling registered voters, not likely voters. But even before that, it was clear that the Democrats’ lead in this poll was waning.

Other polls are showing the Democrats’ support on the decline, too. For example, let’s look at some recent polls from Politico, which is still polling registered voters, not likely voters:

So the latest Politico poll, which is still of registered voters, only has the Democrats up by 2 points. It’s well known that registered voter screening tends to favor Democrats, while likely voters tend to favor Republicans. Why hasn’t Politico started screening likely voters yet, when we’re mere weeks away from the election? Are they trying to boost Democrat hopes? Maybe. But they can’t hide the truth anymore.

Related: Biden’s Depletion of the Strategic Petroleum Reserve Could Be Catastrophic Soon

The impact of Dobbs on pro-abortion voter enthusiasm is clearly waning, as expected. Even if it weren’t, gas prices are starting to tick back up, and it’s inevitable that Democrats will suffer in the polls, and indeed at the ballot box, because of it. Especially if the upward trend continues through Election Day.

So, all those predictions that the GOP was in trouble after Dobbs aren’t likely to be proven true. The impact of Dobbs isn’t as strong anymore, and economic considerations, which were already a higher priority for voters, will become an even bigger liability for the Democrats.

EU Says U.S. Is Profiting From the War
‘The dinner tables turned’: PETA posts cartoon of turkey family preparing to eat a human
Theft from Alabama Tractor Supply store skids to a halt as armed customer blows out getaway car’s tire: ‘Everyone is walking around with guns in Theodore’
Don Lemon: ‘Hands Up Don’t Shoot’—Fake But Accurate!
Globalist “utopia” is driving mankind to self-extinction, just like what was seen in Calhoun’s mouse experiments