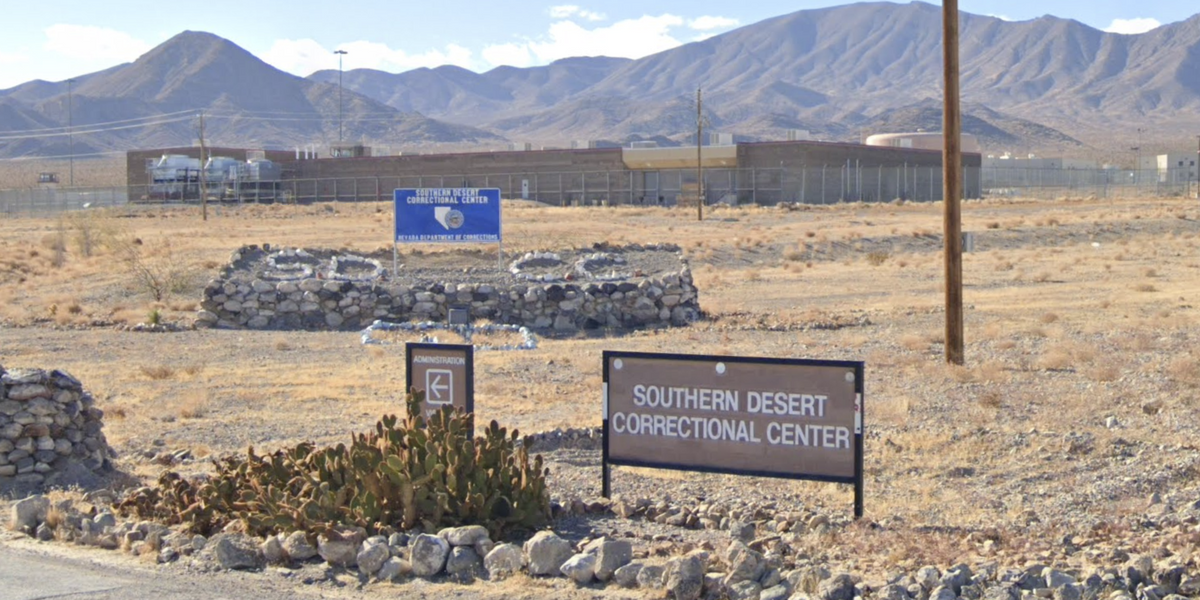 A Nevada inmate serving a life sentence executed a movie-like prison escape. Correctional officers didn’t know that the prisoner made a jailbreak for days. Las Vegas police finally captured the at-large inmate days after he made an unbelievable escape.

Porfirio Duarte-Herrera and his co-defendant Omar Rueda-Denvers were convicted in 2010 after a jury found him guilty of murdering 24-year-old Willebaldo Dorantes Antonio. The men allegedly executed a revenge plot and detonated a pipe bomb on the roof of the Luxor Hotel parking garage in retaliation for Antonio dating Rueda-Denvers’ ex-girlfriend.

“Duarte-Herrera has been serving a life sentence after using a motion-activated pipe bomb hidden in a coffee cup to kill a casino hot dog stand worker on the Las Vegas strip in 2007,” the Daily Beast reported.

While serving time at the Southern Desert Correctional Center, Duarte-Herrera reportedly used battery acid to break down the window frame of his prison cell. The inmate purportedly created a dummy – possibly made out of cardboard – to fool prison guards.

The convicted bomber was housed in a unit with approximately 200 prisoners and did have a cellmate.

The inmate escaped the medium-security correctional center by slipping past the guards and the prison’s perimeter fence.

Paul Lunkwitz – the president of the Fraternal Order of Police Nevada C.O. – told KVVU-TV, “Not only could that tower see the unit, but the tower could see the fence line where the damage was that allowed the inmate to get through.”

Lunkwitz said the prison tower had been unmanned for a couple of years.

The Nevada Department of Corrections said in a statement that Duarte-Herrera was officially reported missing at 7 a.m. on Tuesday. However, prison authorities believe that he may have escaped as early as Friday night.

A search was initiated about an hour after he was reported missing from the Southern Desert Correctional Center in Indian Springs.

Then on Thursday morning, Las Vegas Metropolitan Police Department received a tip and took Duarte-Herrera into custody in downtown Las Vegas after he was on the lam for five days.

Nevada Gov. Steve Sisolak (D) said of the prison break, “This is unacceptable. My office has ordered NDOC to conduct and complete a thorough investigation into this event as quickly as possible. This kind of security lapse cannot be permitted and those responsible will be held accountable.”

Lunkwitz put some of the jailbreak blame on Sisolak, “He hired the director. He knows how this department is being run. He knows those towers have not been staffed for as long as they haven’t been staffed for, and that’s a legislatively approved budgeted position.”

Lunkwitz said, “There are a lot of things that could have been avoided, and a lot of security measures that could take place that isn’t happening primarily due to staffing.”