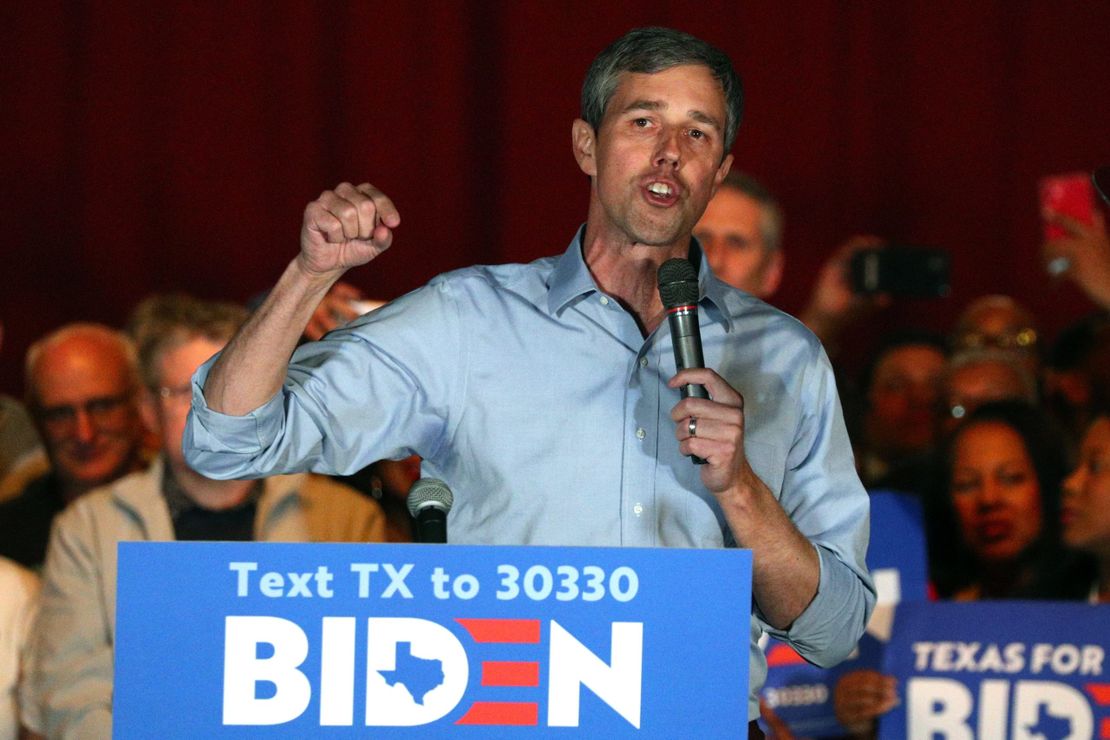 Let’s get in Mr. Peabody’s Wayback Machine and take a trip all the way back to 2018. A handsome, folk-singing Texas congressman with tousled brown hair and a twinkle in his eye announced his intention to take on Republican Senator Ted Cruz in the incumbent’s re-election bid.

“Oh, he’s so much like John Kennedy,” Texas Democrats said. He’s got “charisma.” He’s handsome. The ladies will adore him. He’s a surefire winner.

O’Rourke’s Kennedyesque persona and Abrams’s angry black woman schtick captured the attention of national Democrats. Two Democrats running fairly well in red states — maybe they could show Democrats how it was done, and the riddle of why left-wing radicals lost in conservative states would be solved.

The national media portrayed the two as the future of the Democratic Party. But O’Rourke lost to Ted Cruz by three points and Abrams lost by 50,000 votes. Perhaps the “future” wasn’t so bright after all.

Both candidates lost for a predictable reason: they were too far left in right-wing states.

But why were Democrats so sure they would win and go on to lead a “New Democratic Party” into the future?

So what changed? What happened to these one-time Democratic supernovas? It’s easy to blame the political environment — 2022 isn’t as nearly favorable for Democrats as 2018 was. But that’s not the whole story.

Their anointment as the future of the Democratic Party — young, dynamic and erudite — led to glossy magazine profiles and soft press coverage that may have burnished their national profiles, but did little to advance their prospects among voters who weren’t already inclined to support them.

O’Rourke announced his candidacy for president in 2019 with an Annie Leibowitz-shot Vanity Fair cover. Abrams was the subject of a Vogue profile that asked whether she can ‘Save American Democracy.’ A Washington Post piece styled her like a superhero, with a cape, and asked whether she’d be vice president despite never holding elected office above the Georgia House of Representatives.

The “secret” to running as a Democrat in a red state is not to come off looking like a wild-eyed radical. Both O’Rourke and Abrams failed in that effort.

“In order for Democrats to overperform in purple to red states, they need to be able to differentiate themselves from the national brand,” said Marcela Mulholland, the political director at Data for Progress, a progressive think tank. “Partaking in this high profile national media just makes it more difficult for [O’Rourke and Abrams] to go back to their home states and be able to have a persuasive message.”

Just ask O’Rourke about the time he talked openly about gun-grabbing — in Texas.

The two also took stances that weren’t necessarily helpful in red-tinted states. Before leaving the presidential primary race, O’Rourke won raucous applause on a debate stage for asserting, “Hell yes, we’re going to take your AR-15, your AK-47.” Back home in gun-friendly Texas, that position didn’t resonate nearly as well.

That was Beto talking above the heads of Texans to please national, coastal Democrat elites. It worked. O’Rourke was praised by the elites, but unfortunately few of them voted in Texas.

As for Abrams, she was an election denier before election-denying was cool. She refused to concede her loss to Brian Kemp, citing “voter suppression” with absolutely no evidence. Finally, 12 days later, she grudgingly acknowledged reality. But she refuses to concede that she lost and is peeved that people have the temerity to compare her election denying to Donald Trump’s. Go figure.

So O’Rourke was not the second coming of JFK, although Democrats will keep looking for “The Next John Kennedy” forever. Nor was Abrams’ campaign a blueprint for a hard-left Democrat to win in a conservative red state.

Democrats who run successfully in red states mention their party label as little as possible and take positions indistinguishable from Republicans. They aren’t the kind of Democrats that AOC or Bernie Sanders can get behind, but that’s why they win in red states.

House Dems Will Never Compromise, so They’re Calling on the GOP Majority To
Man charged after drug-infused bachelor party turns deadly
Drop the covid “vaccine” mandate or no more defense funding, say GOP members of Congress to military
‘Reckless driver’ crashes truck into two cars at a Walmart. Police said it was a dog with a ‘guilty look’ on its face.
German Nurse Swaps mRNA Vaxxes for Saline, Gets Probation