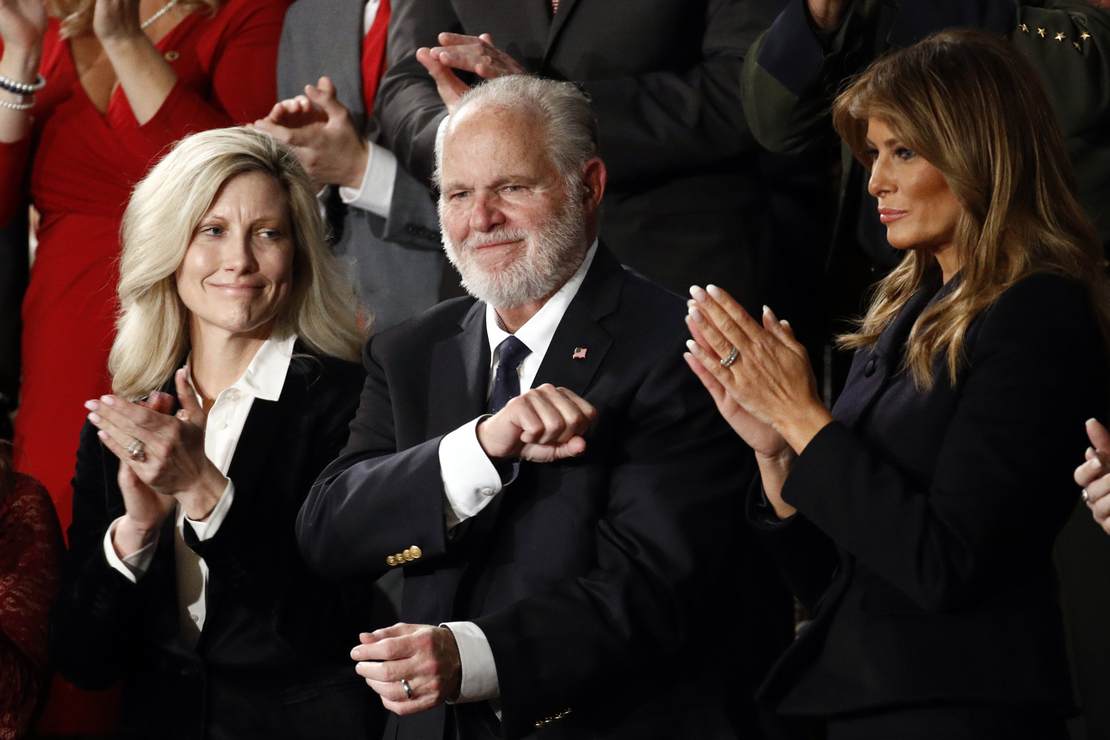 My “Charter Member of the Vast Right-Wing Conspiracy” mug died.

It was the last vestige I had of my days working for Premiere Radio Networks, Rush Limbaugh’s syndicator. I remember the day a box of these mugs was shipped to our office 24 years ago in Chicago. I took two. One I kept on my desk at work and the other was at home. One of them broke years ago but I didn’t sweat it because I still had the other one.

This mug was Rush’s hilarious punch back to Hillary Clinton blaming her husband’s infidelity problems with Monica Lewinsky on a “Vast Right-Wing conspiracy.” She really said that!

What followed was months of hilarity brought to us by Rush and even Saturday Night Live — back when they were funny. Rush declared himself the “Mr. Big” of the “Vast Right-Wing Conspiracy” and invited us all to be members who would proudly admit we definitely were in favor of running the Clintons out of the White House as soon as possible. The president lied, Hillary lied, and it became a national joke. The Vast Right-Wing Conspiracy myth was busted. The mugs were a commemoration of it all.

The meme lived on even until the end of Limbaugh’s life. In 2020, talking about his diagnosis of cancer, Limbaugh referenced the heydays of the program. Clinton’s presidency launched Limbaugh into the stratosphere. I feel grateful now that Clinton was elected just for the effect it had on the Rush Limbaugh program. Without the Clintons, it may not have become as powerful as it was. In order for the opposition to flourish, there must be something to oppose.

Well, back in late January when I received this diagnosis — and I was shocked. I was stunned, and I was in denial for about a week. I mean, I’m Rush Limbaugh. I’m Mister Big of the Vast Right-Wing Conspiracy. I mean, I’m indestructible. I said, “This can’t be right,” but it was. What I didn’t know at the time that I learned later in the course of the year was that I wasn’t expected to be alive today.

Holding that broken handle in my hand broke another piece of my heart where my love for Rush lives. I found myself sobbing again for the great loss we all suffered when he left. How many of these Rush remembrance articles are you going to write, Megan?

What I Learned From My Personal Interactions With Rush

On the Anniversary of Rush Limbaugh’s Passing, He Still Wants You to Know: ‘It’s Never Time to Panic’

Get over it, already, Megan! But I’ll never get over it. With each news story crazier than the last, I can’t help but wish I could hear his take, his voice, his reassurance that everything is going to work out and it’s not time to panic.

After finding out this week that Oklahoma Republicans have not only allowed gender experiments and surgeries on children in their state but have also funded it with tax dollars, I’m pretty sure it’s time to panic. And I’m sad that Rush isn’t here to talk to us about it and tell us what to do. I have no idea what to do other than to call it how I see it and hope it lands on ears that will hear and heed.

It feels like we’ve lost the captain who kept the ship from going down.

I’ve never been an optimistic person. I want to be but I tend to believe the worst will happen, or I at least worry incessantly that it will. Rush was that voice keeping me off the ledge. Without him, it’s hard to put it all into a perspective that has a silver lining. Where are we going? What are we doing? Where are our champions? And will gorilla glue fix my mug?

Mr. Fox heard me freaking out about the mug and took it down to his shop. He reappeared with it a day later and the handle has been reattached. But I’m scared to use it lest I should drop it and it shatters. (See? Worst-case scenario thinking! I can’t stop it!) It now sits on my desk holding doodads next to my framed polaroid of Rush and me. 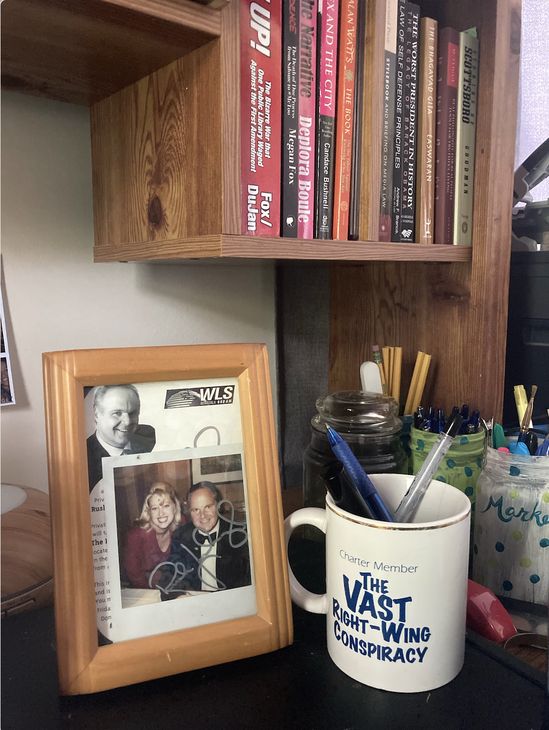 But it did remind me that things that are broken can be repaired. And while repairing America is a much more complex puzzle than a porcelain mug, the metaphor was not lost on me. I’m trying to hear Rush on repeat saying:

If disaster is coming our way we don’t just sit there and endure it, we come up with ways to avoid it, to beat it back, to overcome it, but we don’t just sit there and accept it. And as such, we don’t just resign ourselves to the fact that we are living in the darkest days, because we at this point still have the greatest degree of freedom of any people on earth. Now it’s under assault and under attack and we all know this, but I don’t believe our darkest days are ahead of us. I never have.

It will never be time to give up on yourself. Trust me.

While I haven’t given up, the process of trying to beat back the left, get around them, or overcome them is exhausting. I don’t know how he did it for so many years because while one component of it is political, there’s another component that is spiritually dark. It is soul-sucking. One week of trying to stop feckless legislators in Oklahoma from letting little children be medically abused has reduced me to tears several times just over the stupidity of having to say, “Why are you letting money-hungry doctors cut up kids with our money?” Should we have to say that? To REPUBLICANS? It’s patently absurd. And it makes me very, very angry! You can feel that in the following OANN interview I did on the subject. I was near tears here!

Rush isn’t coming back. But I have found there are others willing to step into the fray. And for them, I am so grateful, because this is not a job anyone could do alone. It’s going to take millions of us working together to beat this evil back. The people of Oklahoma who are still burning up the phone lines and sending me messages with reports of what conversations they’ve had with their spineless representatives have given me much hope that there are people willing to fight back with me. Thank you.

Google and Meta caught harvesting your sensitive financial information through tax prep software
Has Your Tax Service Been Selling You Out to Facebook?
How Can Dems ‘Stop This’? MSNBC Freaks Over Pending GOP Investigations & Committee Purges
Tax Filing Services Are Sharing Personal Info With Facebook: Report
This Thanksgiving, I will give thanks for all the miraculous blessings of the free market