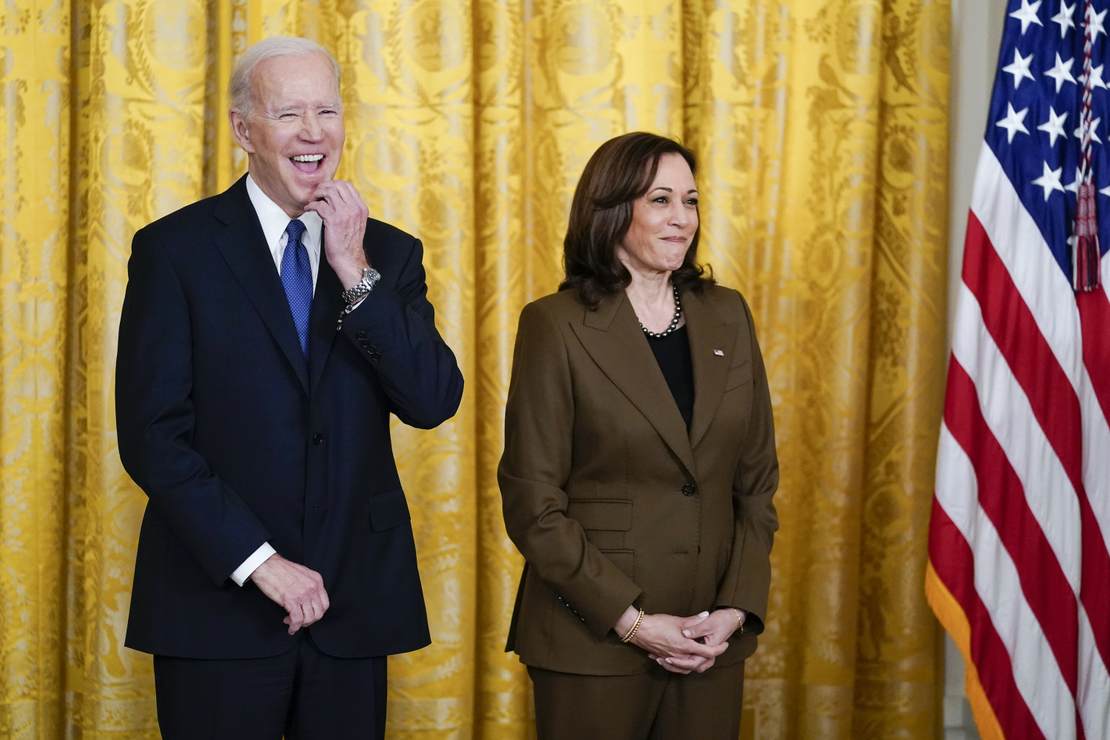 This week, Joe Biden made a cringeworthy gaffe at the White House Conference on Hunger, Nutrition, and Health when he looked for the late Rep. Jackie Walorski (R-Ind.) in the crowd even though she passed away nearly two months ago.

The next day, during a visit to the Korean Demilitarized Zone (DMZ), Kamala Harris made the claim that the United States has a “strong alliance” with “the Republic of North Korea.”

On Friday afternoon, Harris really stepped in it again when she revealed that, for the sake of “equity,” the Biden administration was giving priority to minorities to receive disaster relief because the administration wants everyone to end up “in an equal place.”

Harris had been participating in a discussion with leftist actress Priyanka Chopra at the Women’s Leadership Forum hosted by the Democratic National Committee in Washington, D.C.

“It is our lowest income communities and our communities of color that are most impacted by these extreme conditions and impacted by issues that are not of their own making,” Harris claimed. “And so we have to address this in a way that is about giving resources based on equity, understanding that we fight for equality, but we also need to fight for equity, understanding not everyone starts out at the same place.”

Harris added, “And if we want people to be in an equal place, sometimes we have to take into account those disparities and do that work.”

The Biden administration will focus on “giving resources based on equity” by directing funds to “communities of color” pic.twitter.com/uixPpyQWdU

Well, that’s racist. Like, really racist. Can you imagine the federal government doling out hurricane relief resources based on race and not need? Does the Biden administration have to racialize everything?

The answer is, yes, they do, and they have.

It’s hard to imagine anyone thinking that this would race-based hurricane relief would even take place. But Kamala Harris clearly thought it was something to brag about. Nevertheless, her comments were horrifying but not surprising in the least.

Let’s not forget that Joe Biden has been racializing everything since he was campaigning for president. To compensate for his white-male-ness, he promised to pick a black woman as his running mate (which he did) and declared that, if elected, he’d nominate a black woman to the Supreme Court (which he also did). Joe Biden cares more about race and gender than qualifications, and look how well that turned out. He landed on Kamala Harris to join his ticket and picked a woman with a soft spot for child sex criminals for the Supreme Court.

In fact, his entire presidency has used “diversity” as a gimmick — even naming the controversial Richard “Rachel” Levine as the assistant secretary for health, despite his contentious tenure as Pennsylvania’s health secretary, just because he’s transgender. Announcements of new positions that the administration has filled are often accompanied by some disclosure that the individual is the first fill-in-the-blank to hold that position. Identity politics trumps everything in the Biden White House. Whether Harris was saying the quiet part out loud or just saying what the audience wanted to hear, I can’t say for sure. Did the Biden administration want to prioritize relief for minorities? I’d say that’s very likely. But that’s going to happen. Everyone in Florida will have access to the relief they need regardless of their skin color. Gov. Ron DeSantis’s Rapid Response Director Christina Pushaw quickly refuted Harris’s racist comments, which she said were causing panic.

“This is false. @VP ‘s rhetoric is causing undue panic and must be clarified,” Pushaw tweeted. “FEMA Individual Assistance is already available to all Floridians impacted by Hurricane Ian, regardless of race or background. If you need assistance visit http://disasterassistance.gov or call 1-800-621-3362.”

It’s sad that such a clarification was necessary, but, sadly, this is what we have to deal with thanks to the Biden administration.