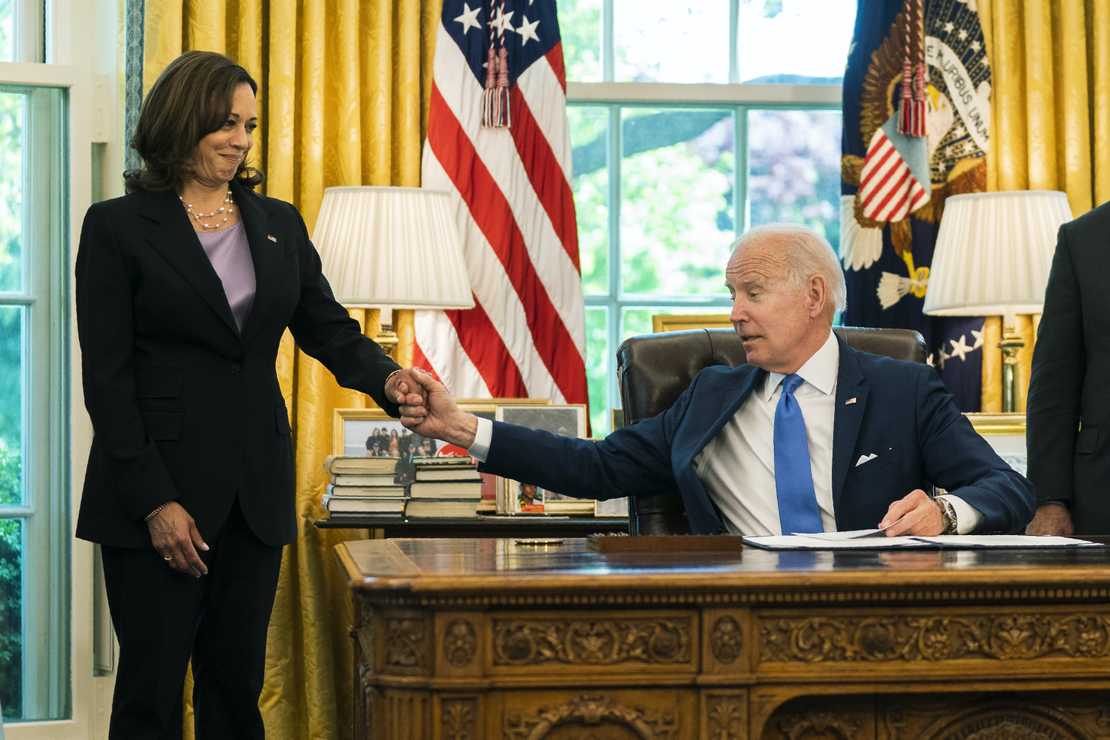 During a panel discussion Friday night, Real Time host Maher suggested that Joe Biden should run for reelection again in 2024 but drop Kamala Harris if he does.

Maher believes that once you’re in the Oval Office, it’s extremely difficult to give it up voluntarily. As much as it’s an important, consequential, and stressful job, it comes with a lot of perks. Heck, Biden has spent more days on vacation since taking office than the rest of us could dream of having in our jobs.

“Once you have that real estate, and you wake up in the White House, and your office is the Oval, I just don’t think you give it up,” Maher said. “It’s very hard to take away the nomination from the president, a sitting president.”

Maher continued, “What I could see is replacing the vice president.”

According to Maher, Democrats should remove Kamala from the ticket and replace her with someone else because of her historic unpopularity, which he clearly believes is a better strategy than replacing Biden with someone younger and you know, comparatively competent. And would you believe that his suggestion was met with applause from his obviously liberal audience?

“She’s just not very popular anywhere,” Maher acknowledged. “And it didn’t seem to work out. And, I don’t know, that’s been done before on a ticket.”

Maher argued that while he thinks Harris is “a very bright person,” she’s “a bad politician,” which makes her a liability. I’d love to know where his evidence that she’s a bright person is because I’ve yet to see it. Nevertheless, Maher made the rather accurate observation that “a lot of the problem with ‘Biden being old’ is — oh, if he dies, then you’re going to get this person.”

It’s true. As unpopular as Joe Biden is, Kamala Harris is even less liked. She is, literally, the least popular vice president in the history of polling. Her presidential campaign was so bad that she dropped out before the Iowa caucus, and seeing as her most significant moment of the primary campaign was when she essentially accused him of being racist, I strongly believe it was unlikely that Joe Biden actually wanted her on the ticket at all, especially since she said she believed the women who had accused him of sexual misconduct. She literally brought nothing substantive to the table, only demographic appeal.

Would Biden cut Kamala loose if he actually does run again? In many ways, such a move would make sense. Reports of tension between Biden’s team and Harris’s team have been floating around for quite a long time now, and her allies believed she’d been set up to fail by Joe Biden because of the “trash” assignments she’d been given. Her office has also been plagued by a long line of high-profile resignations — an undeniable sign of dysfunction in Kamala-Land.

If Biden does run in 2024, would he actually drop her from the ticket? It would make sense if he still harbors some lingering resentment toward her for suggesting he was racist and a sexual predator. But he did choose her to be his running mate, even if it was likely a strategic move influenced by his advisors. But, as Bill Maher noted, one big problem with the Democratic Party is that they’re “so boxed in by identity politics.” This is true. He argued that means that it will henceforth be impossible for a Democratic ticket to not have a woman or a minority on it. That’s fairly obvious, but in the same vein, Biden would risk a lot politically axing “the first minority woman vice president” from the ticket just because she’s dumber than a box of nails and as popular as a flat tire.

It still seems to me that the best way to rid the Democratic ticket of Kamala Harris is for Joe Biden to announce soon after the 2022 midterms begin that he will not run for reelection but will finish his term in office. Kamala will no doubt run for president in 2024, but the chances of her winning the nomination will be slim. The fact is that Biden’s mental health is diminishing rapidly, and it’s clearly getting harder for the White House to hide it.

But, come on, let’s stop pretending that Biden will run again.