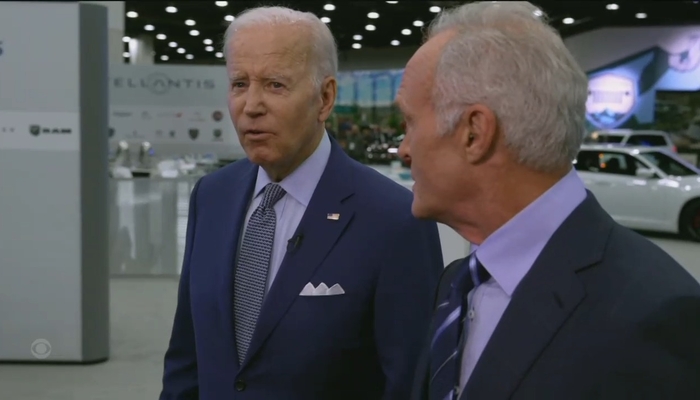 WASHINGTON — I have always thought that there was something very odd about this COVID pandemic. From start to finish, it has been entoiled in claims of politics. The Democrats murmured against what dark doings President Donald Trump was up to at the pandemic’s outset. Then, when the Democrats took power in Washington, the Republicans began to murmur against what dark doings the Democrats were up to. Through it all, I wore my mask, took my vaccinations, and was mildly infected with COVID-19 for a short period. That was it. I thought I was a model patient for Dr. Anthony Fauci, and toward the end of my travail, I thought that he would not mind if I shed my mask and could breathe again. Yet Fauci was not done with me or thought he was not done with me.

It turns out that if he had his way, I was to suffer his masks for eternity. I was to turn my biceps into pin cushions for the nurses’ syringes. And Yahweh only knows what else the good doctor’s wizards at the Centers for Disease Control and Prevention are dreaming up for the likes of me, but now I am a free man. I heard the president say on “60 Minutes” the other night that “the pandemic is over.” It is the one rare instance when I have agreed with dizzy Joe. The number of deaths during the first week of September was at its lowest level since March 2020 when the World Health Organization declared COVID a pandemic. But why all the murmurings about dark doings from the politically inclined?

I think the answer was supplied long before COVID was ever heard of, though it was supplied by a politician of the Democratic persuasion as luck would have it, Rahm Emanuel. Do you remember Rahm? Back in 2011, I ran against him for mayor of Chicago. Having been born in Chicago, I claimed that I had a better claim to citizenship in the Windy City than Rahm, who had spent most of his time in Washington. My claim was rather rudely denied by the city’s officialdom, and now the city of Al Capone is governed by the happily named Lori Lightfoot.

At any rate, years ago Rahm famously volunteered that “you never let a crisis go to waste.” That sounds rather callous. Yet he elaborated: “And what I mean by that is it’s an opportunity to do things you think you could not do before.” He never bothered to say what kind of things one might do. Good things? Bad things? Rahm did not want to limit his options. But with cold-blooded statements like this circulating in Washington, it is no wonder that Democrats and Republicans began accusing each other of dragging politics into treating a medical pandemic.

Why has the president not declared an end to the public health emergency associated with COVID? If the pandemic is no more, as he said on “60 Minutes,” so is the emergency. Right? Well, think back to the Solomonic pronouncement uttered by good old Rahm in 2009. Said he, “You never let a crisis go to waste.” The administration must continue to extend the public health emergency that the government declared in 2020. And there are other laws associated with COVID that allow the president to throw money around despite rising inflation. As The Wall Street Journal editorialized recently, “A March 2020 Covid law enables the government to hand out billions of dollars in welfare benefits to millions of people as long as the emergency is in effect.” The Journal speaks of generous food stamps and a restriction on state work requirements. On and on the Democratic government goes expanding the welfare state at a time when inflation is gnawing at pocketbooks all over the country. The Foundation for Government Accountability “estimates these ineligible costs nearly $16 billion a month.”

So, yes, there is something very odd about the government’s campaign against COVID. Joe wants to have it both ways. He wants to declare the pandemic over. He wants to continue the emergency so he can continue to expand the welfare state. Perhaps this foolishness will end on Nov. 8.

R. Emmett Tyrrell Jr. is founder and editor in chief of The American Spectator. He is a Senior Fellow at the London Center for Policy Research and the author most recently of “The Death of Liberalism,” published by Thomas Nelson, Inc.