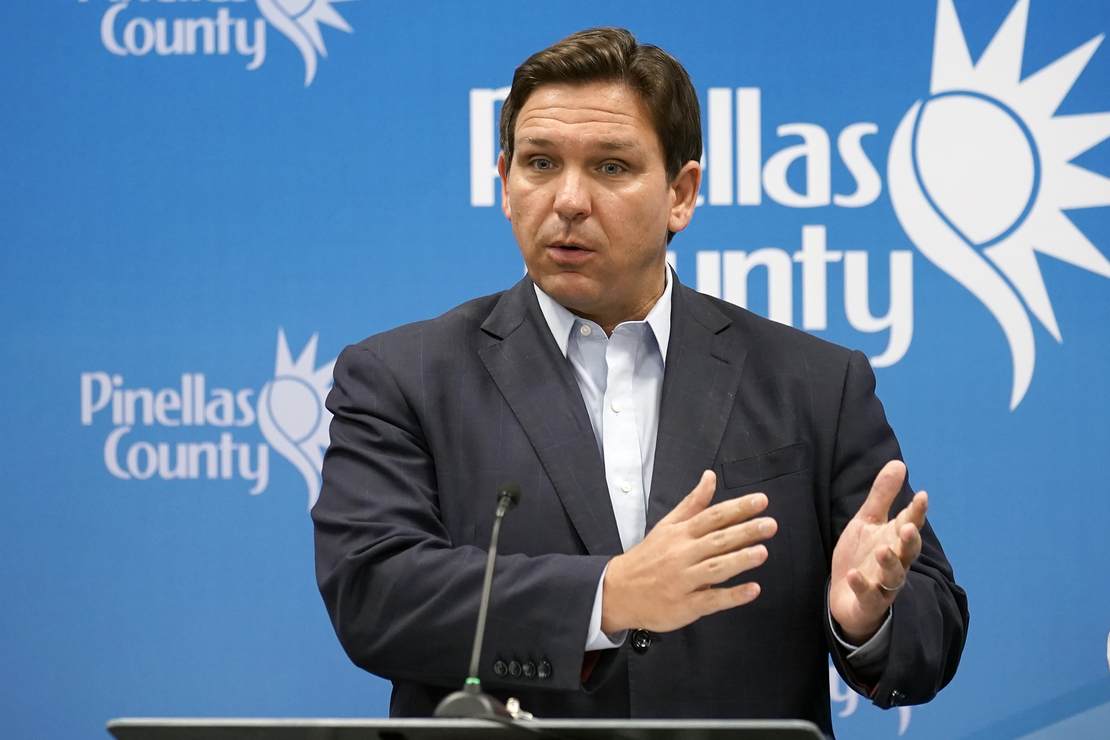 The national media’s coverage of Gov. Ron DeSantis (R-Fla.) and Hurricane Ian has become a Category 4 farce — a desperate attempt to derail his presidential chances.

There’s real work to do, cleaning up after a hurricane, but the media has its own agenda.

Linemen have been working quintuple-zillion overtime restoring power. An estimated 2.7 million homes lost electricity in the storm late last week, and as of this morning, power had been restored to more than two million homes. That’s remarkable.

Rescue workers are doing the sometimes awful work of digging through the rubble. Sometimes they find someone to rescue. Other times they find only a body. But it’s remarkable how few have been found so far. Ian is the fifth-most powerful storm ever to make landfall on the U.S., but so far, the death toll is “only” a little more than 100 people.

We should give credit to the DeSantis team for planning and executing a solid response plan. As my Townhall colleague Kurt Schlichter put it:

I worked disasters in CA for toward nearly 25 years. Riots. Earthquakes. Fires. I commanded and I did staff work and preparation. There’s no one who has been a better leader than @GovRonDeSantis. Take it from someone who actually did it.@JeremyRedfernFL @ChristinaPushaw pic.twitter.com/2wcbyAZ6g8

So what was the media doing this weekend, while honest workers were helping Florida heal?

The hacks at POLITICO were working up this angle:

DeSantis has been a critic of Biden on nearly every policy front. But he sure does like the president’s wallet.

Over the past two years, DeSantis’ admin received billions in federal relief cash, which the governor has used to fund his top priorities.https://t.co/pmzBGQpz2e

I can’t improve on what Doug Powers asked in response: “Did these idiots have ‘he sure does like the president’s wallet’ takes when Gavin Newsom was accepting federal disaster relief from Trump? ”

Few events are as ripe for second-guessing public officials as hurricanes. And as we continue to try to grasp the scope of the damage done by Hurricane Ian, one big early question has emerged: Should evacuations have begun sooner in Florida’s Lee County?

Because the area is difficult to evacuate, valid questions are being asked about whether an earlier order could have prevented deaths in the county.

Valid questions? Not even Presidentish Joe Biden’s FEMA is saying that. FEMA’s Deanne Criswell reminded ABC News on Sunday, “Just 72 hours before landfall, the Fort Myers and Lee County area were not even in the cone of the hurricane.”

Ordering an evacuation is tricky business. Order too many people out of their homes, and the roads can’t handle the traffic. Instead of getting to higher ground, evacuees will end up stuck in their cars as the hurricane bears down. So county and state officials have to take the weather predictions — which in this case were wrong — and make the best call they can.

So Mediate and other outlets have changed the story to how DeSantis “snapped” at a CNN reporter.

CNN national correspondent Nadia Romero was in Arcadia, a southwest Florida town that was heavily impacted by the storm, and was among a gaggle of reporters questioning the governor about the hurricane.

“Why do you stand behind Lee County’s decision to not have that mandatory evacuation until the day before the storm?” Romero asked DeSantis.

“Well did you — where was your industry stationed when the storm hit?” DeSantis replied. “Were you guys in Lee County? No, you were in Tampa.”

These aren’t “valid questions.” These are cheap gotchas that DeSantis proved too much of a fighter to let slip past him.

Also for our VIPs: The Heroes of Hurricane Ian

You also might have noticed a distinct lack of looting in Ian’s aftermath. You might also have noticed these last couple of years that looters (and other kinds of rioters) impact poorer neighborhoods the most.

“Racist” Ron DeSantis wasn’t having any of that, warning would-be looters, “Don’t even think about looting, don’t even think of taking advantage of people in this vulnerable situation… I would not want to chance that if I were you given that we’re a second amendment state.”

ASIDE: All states are Second Amendment states, courtesy of the Fourteenth Amendment. Some just do it better than others.

Please note that monsters like Headley used state power to keep minorities down. DeSantis reminded looters that all Floridians — of every color — have the right to defend their lives and property.

The MSM’s fake news isn’t limited to poisoning DeSantis and any political ambitions he might have. They also took Ian as an opportunity to push a false climate change narrative.

This comes courtesy of my friend Sarah D at Twitchy:

Over the last week, the mainstream news media claimed that hurricanes are becoming more frequent & intense, but they’re not, as the data clearly show. What’s more, it’s clear that the media are engaging in *deliberate* misinformation. These aren’t innocent mistakes. pic.twitter.com/sAG1Dq4YEF

“Lies” is what I’d call them. Shellenberger’s whole thread is a must-read, and you should click over.

Correcting the media’s lies is a big part of what we do here at PJ Media, and your VIP support keeps us in the fight. So let me thank you once again for that, along with encouraging you to share what you learn in these VIP reports with your friends and family.

And maybe some gentle encouragement for them to lend their support, too.