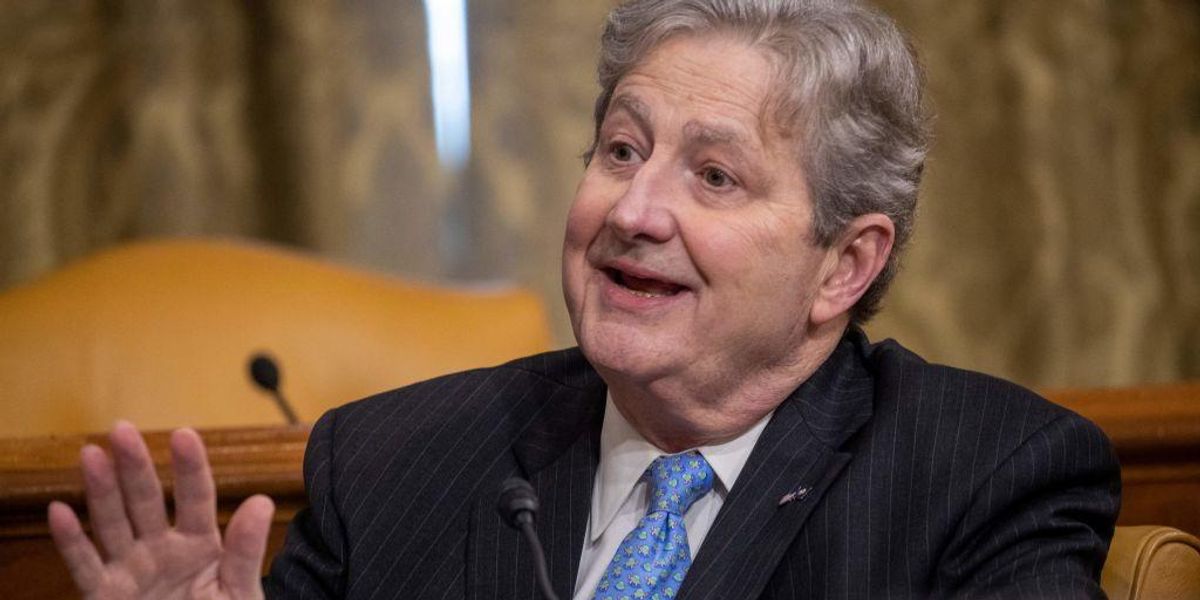 In a campaign ad, Republican Sen. John Neely Kennedy of Louisiana, a lawmaker known for having a way with words, told people who hate the police to “call a crackhead” when they find themselves in trouble.

“Violent crime is surging in Louisiana. Woke leaders blame the police. I blame the criminals,” Kennedy said in the video. “Look if you hate cops just because they’re cops, the next time you get in trouble, call a crackhead.”

u201cI know the difference between criminals and their innocent victims.u201d

Kennedy, who entered office in 2017, is currently running for reelection.

Gary Chambers, a Democrat running for U.S. Senate in Louisiana, said in a video that Kennedy’s comments were “racist as hell,” and tweeted that the senator is “a walking dog whistle.”

u201cI saw @SenJohnKennedy dropped a crime ad. He spends more time dropping one liners than actually doing his job. Heu2019s a walking dog whistle, and I wonu2019t let it slide. nnHelp me send him home. We can take out the ud83duddd1ufe0f Nov. 8th. Share and Donate for #MoreOfUsu201d

Chambers could be seen smoking marijuana in one of his own campaign ads.

Kennedy declared in another ad that “Arlington National Cemetery contains 400,000 reasons why you should stand your ass up for the national anthem.”

“For all those Washington insider elite bedwetters whose feelings I hurt, here’s some free advice: Go buy yourself an emotional support pony, because I’m not gonna shut up. And one more thing, always be yourself, unless you suck,” Kennedy said in another campaign ad.

In August, the Biden administration announced a plan to cancel massive amounts of federal student loan debt — last month during an appearance on Fox News Channel’s “Hannity,” Kennedy said that, “we already had a plan to repay student debt. It’s called a job. And it was workin’ just fine.” The senator also said that “President Biden is inflation’s best friend,” and that “Inflation loves President Biden like the devil loves sin.”

“Your aunt’s Facebook page has more credibility with the American people than President Biden does when it comes to the economy,” Kennedy said during the media appearance, adding that he believes “voters are gonna go medieval on him.”

Buying the Presidency: George Soros Dumps Another $50,000,000 Ahead of 2024 Election
Five Key Takeaways From the Georgia Senate Runoff
BREAKING: Warnock defeats Herschel Walker, increasing Democratic control of the Senate
Florida Man Friday: The Baby Jesus Did Not Need to See That
Good Neighbors With Guns Detain Man Who Broke Into a Michigan Home With Children Inside