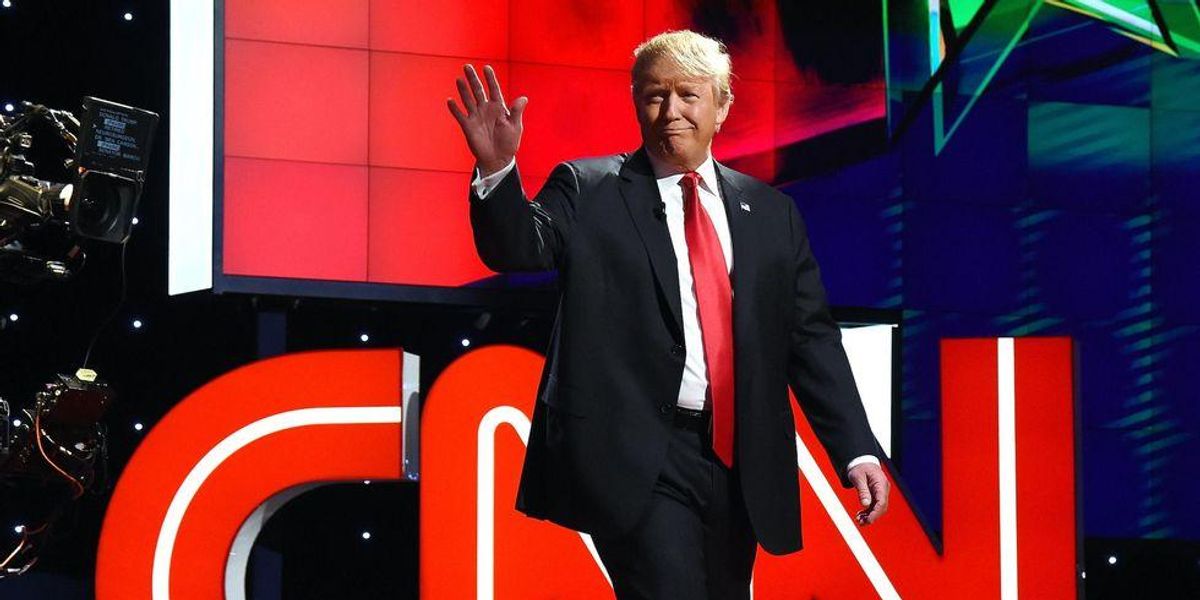 Former President Donald Trump filed a lawsuit against CNN over an alleged “campaign of libel and slander” against him, and he’s seeking $475 million in punitive damages from the cable news channel.

The 29-page lawsuit was filed in U.S. District Court in Fort Lauderdale, Florida.

“CNN has sought to use its massive influence— purportedly as a ‘trusted’ news source—to defame the Plaintiff in the minds of its viewers and readers for the purpose of defeating him politically, culminating in CNN claiming credit for ‘[getting] Trump out’ in the 2020 presidential election,” read the lawsuit.

“CNN’s campaign of dissuasion in the form of libel and slander against the Plaintiff has only escalated in recent months as CNN fears the Plaintiff will run for president in 2024,” it continued.

The lawsuit listed insults that CNN guests and hosts had used against Trump, including ‘racist,’ ‘Russian lackey,’ ‘insurrectionist,’ and even “Hitler.”

Trump has not yet announced whether he will run for president again in 2024, but he has hinted at the possibility many times.

The former president had said in July that he was going to sue CNN and added that other news outlets would be targets for legal action.

In January 2020, CNN settled a similar defamation lawsuit from Nicholas Sandman who had been unfairly criticized by numerous news outlets over an interaction he had with a Native American activist at the annual March for Life in Washington, D.C. Although Sandman’s lawsuit sought $275 million from the company, the terms of the settlement were not publicly disclosed.

CNN is also facing a $125 million lawsuit from their former host Chris Cuomo, who alleges that he was wrongfully terminated.

Here’s more about the legal threat from Trump: