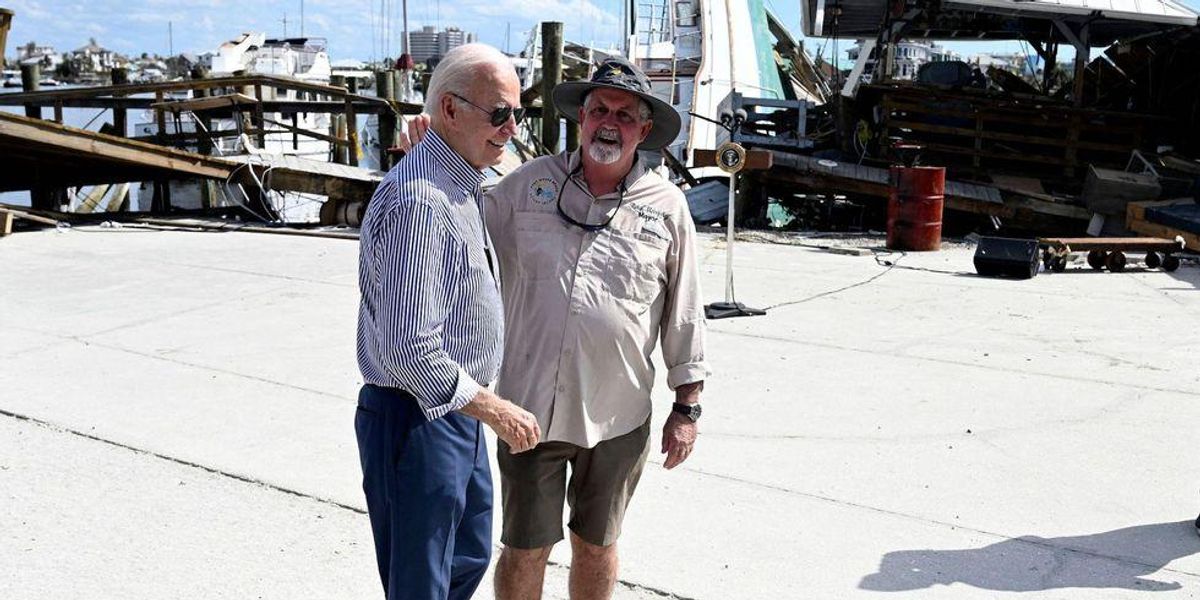 President Joe Biden made a vulgar comment that was caught on a hot mic during his review of the damage from Hurricane Ian Wednesday.

Biden arrived in Florida and met with the state’s Governor Ron DeSantis (R) to discuss federal efforts to help the local government deal with the natural disaster.

“And you can’t argue with reporters outside the house,” Biden added cryptically.

Biden had a similar moment as vice president when he joked, “This is a big f***ing deal!” to then-President Barack Obama at the signing of his massive “Obamacare” healthcare plan in 2010.

More recently, he was caught uttering “What a stupid son of a b****” in reference to Peter Doocy, the reporter for Fox News, when has asked the president about inflation hurting his popularity. Doocy later laughed it off and said that the president had called him personally about the comment.

On Wednesday, Biden went on to praise DeSantis for organizing the government’s efforts to help those afflicted by the hurricane.

“What the governor has done is pretty remarkable,” said Biden of DeSantis.

“Today, we have one job and only one job, and that’s to make sure the people in Florida get everything they need to fully, thoroughly recover,” Biden added. “It’s going to take a hell of a long time, hopefully without any snags in the way. Later, after the television cameras have moved on, we’re still going to be here with you.”

[embedded content]
Biden caught on hot mic: ‘No one f—s with a Biden’