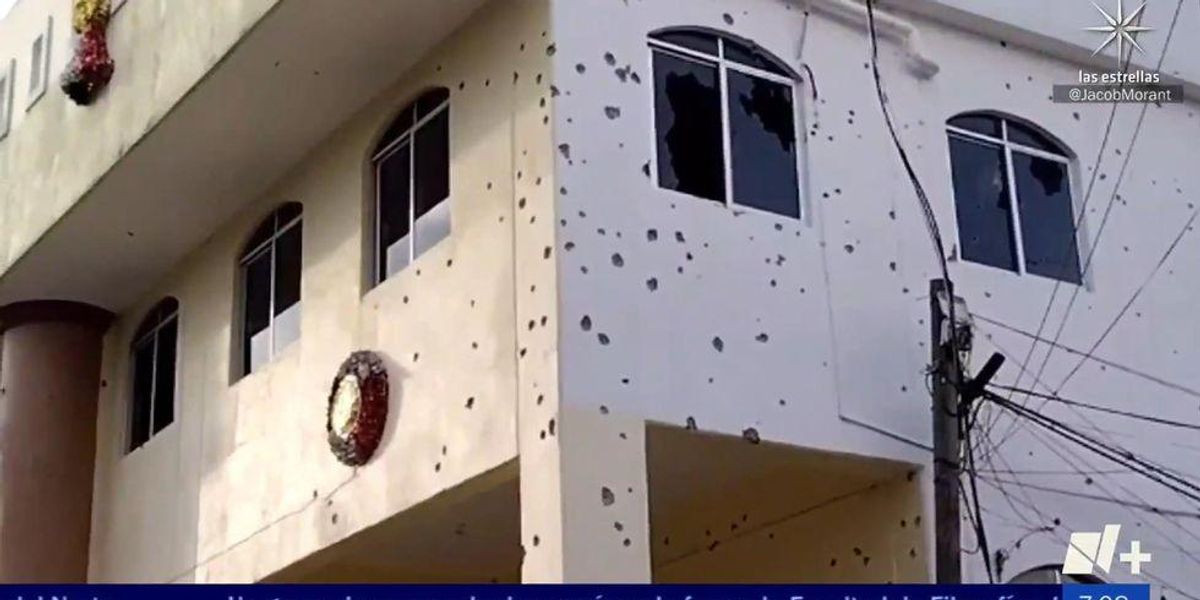 On Wednesday in San Miguel Totolaplan, a municipality in the southwestern Mexican state of Guerrero (roughly five hours away from both Mexico City and Acapulco), terrorists killed 20 people and wounded three. Mayor Conrado Mendoza Almeda and his father, the former mayor, were among those targeted in the massacre.

Two groups of gunmen wearing face coverings arrived in SUVs. They carried out simultaneous attacks at the city hall and at a private residence. In the first instance, they interrupted a meeting between the mayor and city officials, riddling all participants and the building enclosing them with bullets.

Mexico’s assistant secretary of public safety Ricardo Mejia stated, “This act occurred in the context of a dispute between criminal gangs.” The BBC reported in 2020 that this is a claim often repeated by Mexican politicians.

The Los Tequileros gang claimed responsibility for the massacre. Los Tequileros is affiliated with the Jalisco Nueva Generación Cartel (JNGC) and is in an ongoing territorial dispute with the Familia Michoacana gang in the region.

Mejia indicated that the “Tequileros dominated the region for some time,” kidnapping, extorting, murdering, and smuggling and distributing opiates.

Evelyn Salgado Pineda, the governor of Guerrero, condemned the attack and indicated there would be no impunity for those who committed this aggression against the municipal president and local government officials.

The leftist party affiliated with Almeda issued a statement, saying it condemns the “cowardly murder” and its members “demand justice.”

It is unclear if Almeda knew his killers, but his father, also gunned down on Wednesday, had encountered them before.

In 2015, after the June 7 Guerrero state elections in which Almeda’s father was himself elected mayor, a video circulated online wherein Mendoza Acosta could be seen drinking with members of the Los Tequileros gang. The gangsters indicated Mendoza had been elected with their help: “Just as we made you win, also give us a hand.”

When asked whether he would work with them, Mendoza replied, “We will! I will never work with other cochos.”

One month prior to the election, Mendoza had been kidnapped but released shortly thereafter.

Al Jazeera reported that Mendoza, as seen in the video, might not have been meeting with the gang voluntarily, but rather under duress.

In recent months, Obrador has come to rely more on the military than on civilian police to rein in Mexico’s incredibly high levels of violent crime. After all, the police may no longer be well-equipped to handle a threat that has grown increasingly militarized.

Vanda Felbab-Brown, director of the Brookings Institute’s Initiative on Nonstate Armed Actors, told Metro.co.uk that “Over the last 15 years, the operational tempo of these groups in terms of hits, counter-hits and other attacks has been as high as the Taliban.”

Cartels and related gangs “are able to take entire cities like an invasion force associated with an insurgency, they deploy drones to drive people out of areas, they use quite stunning forms of violence,” said Brown.

August was a particularly bad month for cartel violence in Mexico.

Edgar Garcia Carrillo, a doctor in the Mexican city of Celaya, told the New York Times that the region had descended into “absolute warfare.”

Cartels and gangs reportedly rampaged throughout the country, firing on police and troops. They torched businesses, blockaded roads, and committed executions in broad daylight. In Celaya, homicides skyrocketed 32% in the first four months of the year.

In one such instance of brazen violence, gangsters lined up mourners at a funeral on February 27, gunned them down, and then cleaned up the scene, leaving behind only a bag of brains.

The JNGC cartel has taken to employing drones for bombing campaigns, as seen in this video showing one such bombing in Michoacan.

u201cJalisco Cartel, Nueva Generaciu00f3n dropping small bombs from a drone on a target in Michoacu00e1n, Mexico.nPeople can be seen running away after the bombs hit the camp. n#Mexicou201d

The violence is encroaching on the U.S. southern border. In Juarez, which sits next to the American city of El Paso, Texas, a prison battle between members of two rival Mexican cartels spilled out this summer into the streets, killing at least 11, most of whom were civilians.

On August 13, 24 cars were set on fire in Tijuana, Mexico amid sporadic shootings. Members of the JNGC, whose proxies committed the massacre in Guerrero this week, set about to terrorize the city. The city ultimately issued a shelter-in-place order.

The U.S. State Department recently warned American citizens about travelling to Mexico, stating: “Violent crime — such as homicide, kidnapping, carjacking, and robbery — is widespread and common in Mexico. The U.S. government has limited ability to provide emergency services to U.S. citizens in many areas of Mexico.”

The State Department said not to travel to the following Mexican states: Colima, Guerrero, Michoacan, Sinaloa, Tamaulipas, and Zacatecas.

It suggested that Americans ought to reconsider traveling to Baja California, Chihuahua, Duranjo, Guanajuato, Jalisco, Morelos, and Sonora. The U.S. government also underlined the need to exercise “increased caution” virtually everywhere else in Mexico.