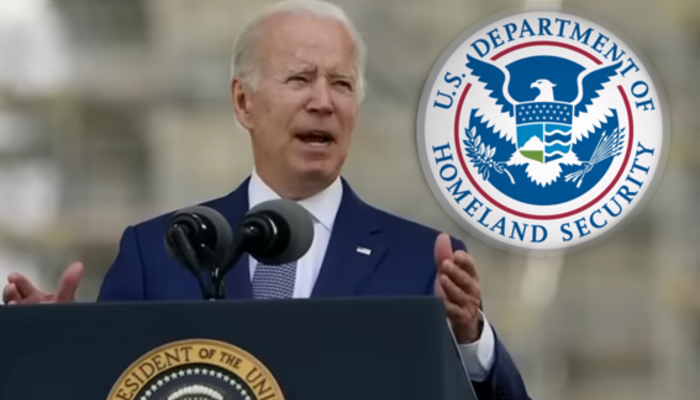 President Joe Biden’s Department of Homeland Security (DHS) may have officially shut down its “Disinformation Governance Board,” but it continues to pour millions of dollars into fighting so-called “misinformation”–and restricting free speech. The DHS previously claimed in its “National Terrorism Advisory System Bulletin” on Feb. 7, 2022, that “mis- dis- and mal-information”-spreaders contributed to a “heightened threat environment,” and it has dedicated money to combat these supposed threats.

The DHS has given $3,800,793 of taxpayer money to eight “state, local, tribal, and territorial governments, nonprofits, and institutions of higher education” for supposed anti-“misinformation,” “disinformation” and “malinformation” efforts this fiscal year as part of the Targeted Violence and Terrorism Prevention (TVTP) Grant Program.

Liberals commonly use terminology like “extremists” and “online violence” to stifle conservative speech.

The TVTP program’s goals include “Addressing Online Aspects of Terrorism and Targeted Violence” and “Preventing Domestic Violent Extremism,” according to the DHS webpage.

Grant recipients included Woodrow Wilson International Center for Scholars, which received $750,000 this year. Former Disinformation Governance Board (DGB) head and self-styled “Mary Poppins of Disinformation” Nina Jankowicz is affiliated with the Wilson Center, where she formerly served as a global fellow.

The Syracuse University Newhouse School of Public Communication received $592,598 to understand “how media literacy can offer a method for mediating cognitive and emotional responses in an extended reality (virtual, augmented, and mixed reality) environment.” Is the DHS preparing to control speech in VR and AR spaces like the “metaverse”?

Other TVTP Grant recipients, according to the DHS website, include The Carter Center ($99,372), Lewis University ($157,707), University of Maryland National Consortium for the Study of Terrorism and Responses to Terrorism ($749,504), and the International Center for Religion and Diplomacy ($750,000).

Conservatives are under attack. Contact your representatives and demand that Big Tech be held to account to mirror the First Amendment while providing transparency, clarity on hate speech, and equal footing for conservatives. If you have been censored, contact us using CensorTrack’s contact form, and help us hold Big Tech accountable.

Peru’s left-wing president tried to dissolve Congress and was impeached and arrested instead
Elementary school principal commits suicide at Disneyland after being charged with child endangerment and battery
Democrats want to use banks to squelch gun purchases like they used social media to silence political opponents
New Casey Anthony Documentary Is Amber Heard 2.0 but With Better Fake Crying
‘NOT FOR ME’: Univision’s Chevy Bolt Infomercial Spontaneously Combusts