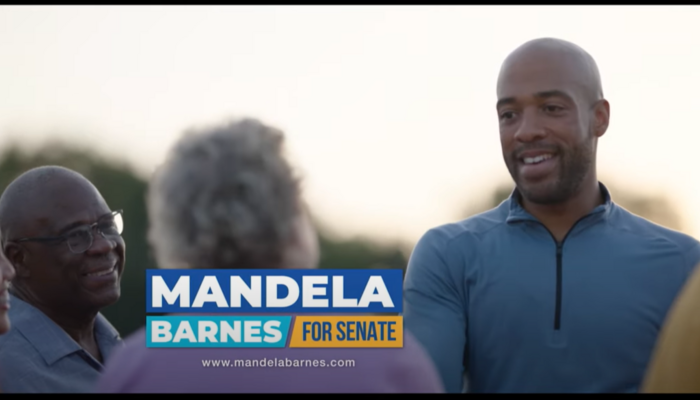 The liberal “fact checkers” despite any Republican attempt to describe Democrat candidates as extreme on abortion — even as Democrats in Congress moved to pass a bill to “codify” Roe vs. Wade that would eliminate limits on abortion in all 50 states.

The latest example came from PolitiFact in the Wisconsin Senate race, and Democrat Jesse Mandela Barnes (who scraps the first name). Check this angry headline for a “Pants On Fire” rating:

What is the Barnes position? He was endorsed by NARAL Pro-Choice America, which insures he toes the party line on opposing any limits on abortion. They touted: “He has pledged his support for critical legislation to protect and expand reproductive freedom, including the Women’s Health Protection Act.” CNSNews.com noted the Susan B. Anthony List denounced a vote on the bill as the “Abortion on Demand Until Birth Act.”

An interviewer asked Barnes if there should be any limits on abortion, and he glided right past an answer to the Fox station in Milwaukee, which means he didn’t object and say he supported some limits:

But Madeleine Heim of PolitiFact Wisconsin really doesn’t like the moral equivalence of an abortion at 37 weeks and a premature birth at 37 weeks. The digital ad presents a mock dictionary definition. “Preemie,” it reads. “An infant born prior to 37 weeks of pregnancy that Mandela Barnes supports killing.”

The claim is pretty outrageous — but its underpinnings draw on a familiar attack on Democrats who support abortion rights.

The use of the word “preemie,” then, is wrong. “Preemie” is a nickname for babies born prematurely, more than three weeks before their due date.

That key word? Born — meaning an abortion was not performed. The ad itself even used the word “born.”

On its face, the statement makes it sound like Barnes supports killing these infants after they’ve been born, which would be homicide. In the United States, about 1 in 10 infants per year is born prematurely.

Restoration PAC told Heim it altered a word in its ad, but she didn’t see what it was. It should be “born.” Change it to Barnes supports the choice of killing “an infant viable prior to 37 weeks,” and it’s True.

As expected, Heim then further claimed that “codifying Roe” isn’t unlimited abortion: “Seeking to make Roe the law of the land is not the same as supporting abortion up until birth. Even when Roe was in place, it didn’t greenlight abortion at any time during a pregnancy.”

But the “fact checker” should absorb the text of the “Women’s Health Protection Act.”

It is the purpose of this Act—

It then contains a long list of abortion limits it would overturn in any federal or state laws. It throws out whatever “viability” limits the liberals say Roe contained.

PS: In the notes to this “fact check,” you can see how PolitiFact gets angry at underlining Democrats supporting an unlimited right to choose in a pile of important Senate races:

BBC Chiefs Agree They Must Fight Internal ‘Liberal Bias’ and ‘Groupthink’
CROWDER: Female TikToker wants the world to support her new style
Florida doctor accused of raping patients during cosmetic operations found dead in a ditch with a gunshot wound to his head
No, I’m Not a Never Trumper. I Just Want To Win.
Drop the covid “vaccine” mandate or no more defense funding, say GOP members of Congress to military