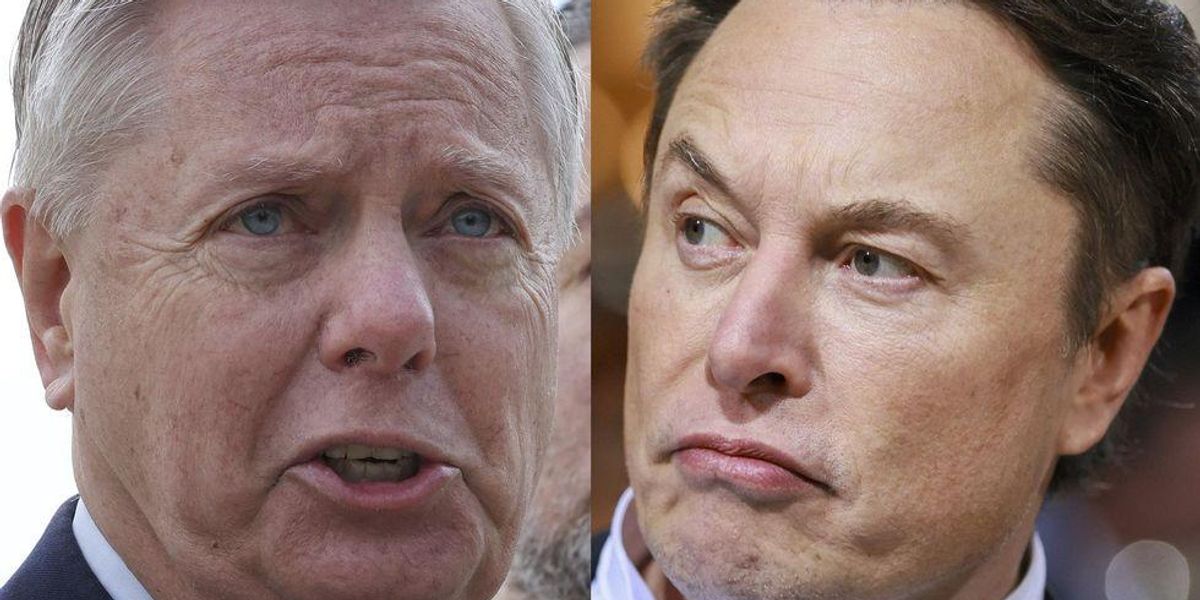 Graham lashed out at Musk over his suggestion to resolve the war between Russia and Ukraine, currently in its seventh month, in a tweet posted on Tuesday.

u201cUkraine-Russia Peace:nn- Redo elections of annexed regions under UN supervision. Russia leaves if that is will of the people.nn- Crimea formally part of Russia, as it has been since 1783 (until Khrushchevu2019s mistake).nn- Water supply to Crimea assured.nn- Ukraine remains neutral.u201d

Musk suggested that the region of Crimea be given to Russia while other annexed regions undergo another election under the supervision of the United Nations. He put it to a non-scientific vote on Twitter, where it lost 59.1% to 40.9% with more than 2.7 million votes.

“This is highly likely to be the outcome in the end – just a question of how many die before then,” he said in a second tweet. “Also worth noting that a possible, albeit unlikely, outcome from this conflict is nuclear war.”

Many criticized Musk’s suggestion as far too deferential to Russia, with Graham repudiating it forcefully.

“My concern with his Russian ‘peace’ proposal is he is legitimizing one of the greatest crimes of the 21st century by Putin,” tweeted Graham after first praising Musk.

“Russia must adhere to the boundaries they agreed to in the 1994 Budapest Memorandum where Ukraine gave up their nuclear weapons force — the third largest in the world — in return for assurances their territorial integrity would be protected,” he continued.

“To do otherwise is an insult to Ukraine and will set in motion even more chaos throughout the world,” he concluded.

In a second Twitter thread about Ukraine and Musk, Graham added a threat to review electric car subsidies that benefited Tesla.

“While we’re at it, maybe the Congress should revisit the electric vehicle tax credit boondoggle. It is where the credit is now solely benefiting electric vehicle manufacturers who have increased prices equal to the tax credit!” he tweeted. “It could be a good way to help save money by applying those funds to assisting Ukrainians in defending their homeland!”

That apparently caught Musk’s attention because he responded to the threat.

“First of all, Tesla hasn’t had that consumer tax credit for years & we didn’t ask for this one – GM & Ford did,” he replied.

Ukrainian president Zelenskyy replied to Musk with his own Twitter poll implying that the plan was abandoning the cause of Ukraine.

Musk is in a legal battle with Twitter over his bid to purchase the popular social media platform.