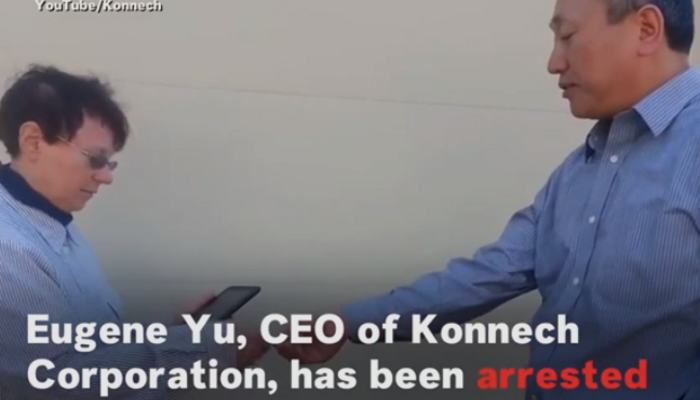 “Conspiracy theories” are becoming true even faster than before. On Tuesday, the New York Times ran yet another smirky piece about a deluded right-wing group pushing the myth of massive electoral fraud. But this one got debunked in embarrassingly swift fashion the same day it appeared in print.

A familiar headline lamented how conspiracy-mongering right-wingers are spreading election lies: “How a Tiny Elections Company Became a Conspiracy Theory Target.” Perhaps reporter Stuart Thompson was trying to catch up to a similarly dismissive NPR story from three weeks ago. If only he’d waited one more day before publishing!

The focus was on a small Michigan-based software company, Konnech.

At an invitation-only conference in August at a secret location southeast of Phoenix, a group of election deniers unspooled a new conspiracy theory about the 2020 presidential outcome.

Using threadbare evidence, or none at all, the group suggested that a small American election software company, Konnech, had secret ties to the Chinese Communist Party and had given the Chinese government backdoor access to personal data about two million poll workers in the United States, according to online accounts from several people at the conference.

But the attacks on Konnech demonstrate how far-right election deniers are also giving more attention to new and more secondary companies and groups….

Konnech said none of the accusations were true. It said that all the data for its American customers were stored on servers in the United States and that it had no ties to the Chinese government.

But the claims have had consequences for the firm. Konnech’s founder and chief executive, Eugene Yu, an American citizen who immigrated from China in 1986, went into hiding with his family after receiving threatening messages….

“I’ve cried,” Mr. Yu wrote in an email. “Other than the birth of my daughter, I hadn’t cried since kindergarten.”

But that sentimental take didn’t even last the day. On Wednesday, the day the story appeared, Yu was arrested. This story appeared on page 6 of the paper’s Business section: “Election Software Executive Arrested on Suspicion of Theft of Data.”

The top executive of an elections technology company that has been the focus of attention among election deniers was arrested by Los Angeles County officials in connection with an investigation into the possible theft of personal information about poll workers, the county said on Tuesday.

Oops. It seems the Los Angeles District Attorney’s office — home of a Soros-appointed leftist and not leading a squad of those election-denying Trumpists — came to the same conclusions as the “election deniers.”

Eugene Yu, the founder and chief executive of Konnech, the technology company, was taken into custody on suspicion of theft, the Los Angeles County district attorney, George Gascón, said in a statement.

Yet even after the turnabout, a surely embarrassed Thompson couldn’t admit True the Vote had a point:

Konnech came under scrutiny this year by several election deniers, including a founder of True the Vote, a nonprofit that says it is devoted to uncovering election fraud. True the Vote said its team had downloaded personal information on 1.8 million American poll workers from a server owned by Konnech and hosted in China….

‘Amnesty begins next week’: Elon Musk says Twitter will reinstate suspended accounts, with certain exceptions
A husband for Thanksgiving: An answer to persistent prayer
Calhoun’s “mouse utopia” experiments are now coming true for humanity as self-annihilation, infanticide and gender distortions become commonplace
Theft from Alabama Tractor Supply store skids to a halt as armed customer blows out getaway car’s tire: ‘Everyone is walking around with guns in Theodore’
Chair of the Maricopa County Board of Supervisors Bill Gates Reportedly in Hiding