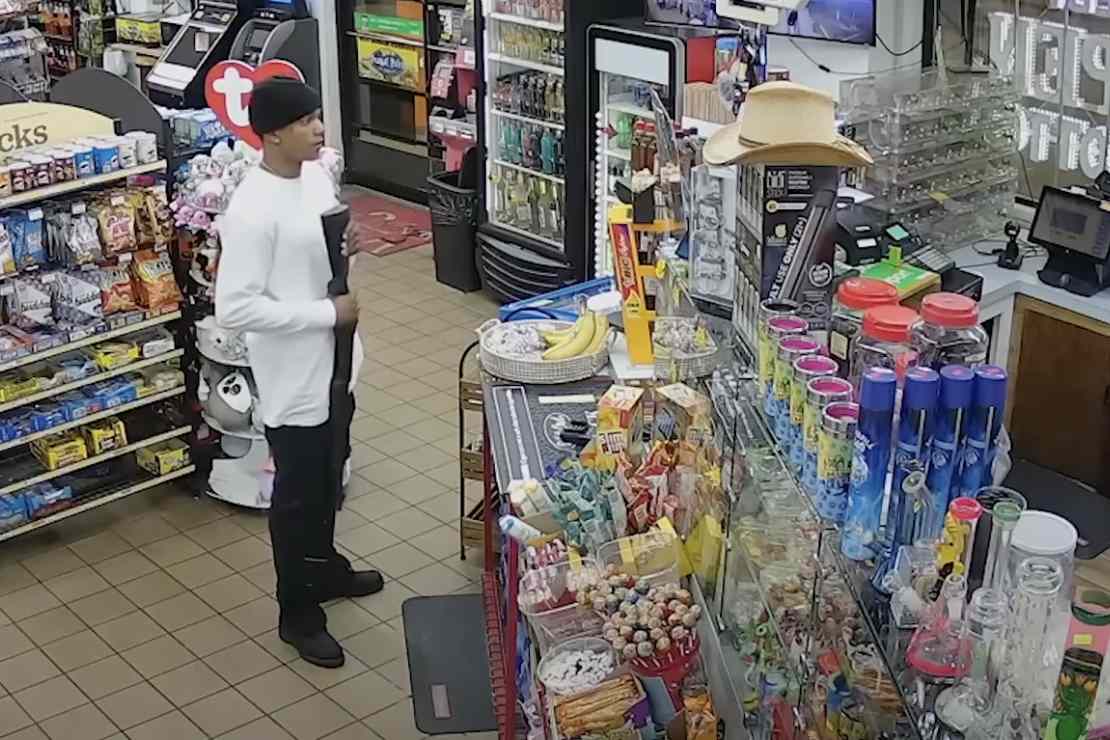 On this week’s Florida Man Friday, we have an odd assortment. There are the usual criminal hijinks, plus I keep finding more inspiring stories from Hurricane Ian.

So it’s a Heroes and Zeroes edition this week.

That applies to armed robbers, too, like Chicago Man here who looks like he’s never held a shotgun before.

So Chicago Man walks into Florida Convenience Store brandishing a shogun. Well, he’s in possession of a shotgun. Holding it the way he does might not count as brandishing.

But Florida Man saw him with it on the security camera before he even walked into the store. By that point, the clerk had already gone in back and gotten his own firearm. I really wish the camera had picked up Florida Man’s face because he must have had the most satisfied look.

Also, I’d like to recognize him if we ever bump into one another so I can buy him a beer.

But think about this for a moment: you intended to commit armed robbery, never even hold your firearm in a useful way, and then engage in a brief conversation with the clerk who actually knows how to brandish a weapon.

Chicago Man was arrested a few days later and, judging by all the charges filed, won’t be seeing Chicago again any time soon.

Good thing, too, because he’d get laughed right off the South Side.

#ProTip: The hurty stuff comes out of the part you’re pointing at your toe, bro.

(I’m not scoring this week. It just doesn’t feel right to bring that back while people are still digging out, mourning, and trying to recover.)

STILL STANDING: A Florida man was seen waving his American flag amid the ruins of his home on Matlacha Island. (Photo by Win McNamee for Getty Images) https://t.co/CD5C5kY1Zy pic.twitter.com/K4Vnz4ZEu9

So you’re trying to impress a girl on your first date, and so, naturally, you pick her up on your Suzuki motorcycle — and almost immediately blow through a red light.

And when the police show up to pull you over?

During the chase, Florida Man pushed his Suzuki to “well over 100 mph” as he weaved through traffic. For good measure, he blew through a few more red lights, because if you’re already running from the cops you won’t be charged for violating any additional laws.

For whatever reason, Florida Man finally stopped at an intersection and that’s when police were able to take him into custody. Under questioning, the man claimed he was trying to impress his date. Shockingly, it doesn’t seem to have worked. The woman told officers she was screaming at Beverly the whole time to stop.

Not that I’m endorsing this kind of thing, but if this is how you want to impress a date, first make sure she’s actually above the line on the Hot/Crazy Scale.

That would be quite a ride.

This is one of those sordid stories where everyone involved was so drunk and/or high that nobody’s police testimony matched up. Although everyone did agree that the homeless drug seller known as Shaggy shot a guy.

Because of course. The victim — who seems to be OK — couldn’t even get his story straight, he was so messed.

But one detail caught my eye:

The victim changed his story, revealing that he, Florida Man and three others went to the house off of “W” St., to purchase “dope.” While there, Florida Man attempted to sell his pistol to someone inside of the residence in exchange for “spice,” a synthetic cannabinoid.

The spice must flow.

Exit Question: Is there any drug deal gone good?

Previously on Florida Man Friday: The Heroes of Hurricane Ian

Woman driving her car on 3 wheels in California

You must watch right up until the very last frame for the secret surprise ending.

Although you might not actually end up all that surprised.

‘NOT FOR ME’: Univision’s Chevy Bolt Infomercial Spontaneously Combusts
DEVLELOPING: ‘Several Injuries’ in Shooting at Georgia Walmart
James Woods to sue DNC over collusion with Twitter to censor Americans’ speech: ‘Scratch a liberal, and you will find a fascist every time’
Golfer accused of biting off fellow player’s nose during bitter dispute over round
Breaking: Appeals court rules against Trump, allows DOJ to restart investigation of documents seized at Mar-a-Lago