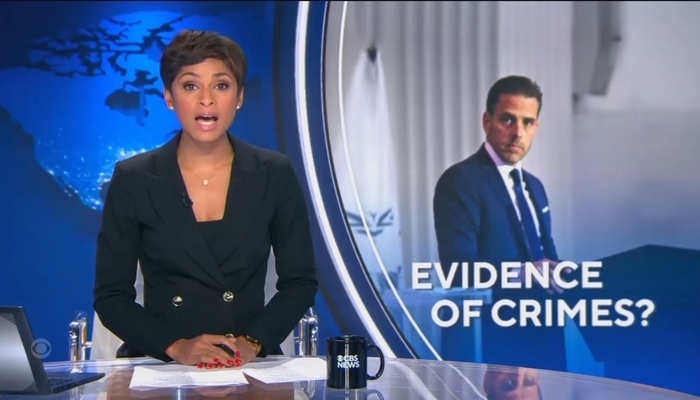 Just when the liberal media hoped and prayed that the Hunter Biden story would stay dead in 2022, at least until after the midterms, The Washington Post reported the feds may have the goods on Hunter’s tax evasion. How did the networks greet this story? (Hint: PBS and NPR pretended it didn’t happen.)

ABC skipped it on Thursday night, but CBS and NBC covered it. CBS Evening News led with it. The PBS NewsHour spent seven minutes touting President Biden’s plan to marijuana, but didn’t spare a second for the Hunter scoop. ABC caught up with a story on Friday’s Good Morning America. The Post put their story on the front page on Friday — along with the Herschel Walker scandal and a story asserting a vast majority of Republicans running in the midterms are “election deniers” by some measurement.

Like PBS, National Public Radio made time on both its morning and evening newscasts to cover President Biden’s marijuana proposal and his work on “student loan forgiveness,” but couldn’t air a segment on the president’s buckraking son. On NPR’s top-of-the-hour newscast at 6 PM Eastern, NPR led with President Biden holding a “victory lap” event for the CHIPS Act in Poughkeepsie, New York. That certainly had the sound of state-run radio, or maybe their letters stand for National Press Release (at least for this president).

Big Tech censorship of vitamin D as covid treatment KILLED 116,000 Americans so far, warns the Health Ranger, who was banned by YouTube, Twitter and Facebook for telling the TRUTH
Musk Says De-platforming Trump Was A ‘Grave Mistake’
GUNNING FOR US: Biden admin continues arming more federal agents than members of the U.S. military: Why?
Some Hard Truths About the Russo-Ukraine War
‘Amnesty begins next week’: Elon Musk says Twitter will reinstate suspended accounts, with certain exceptions