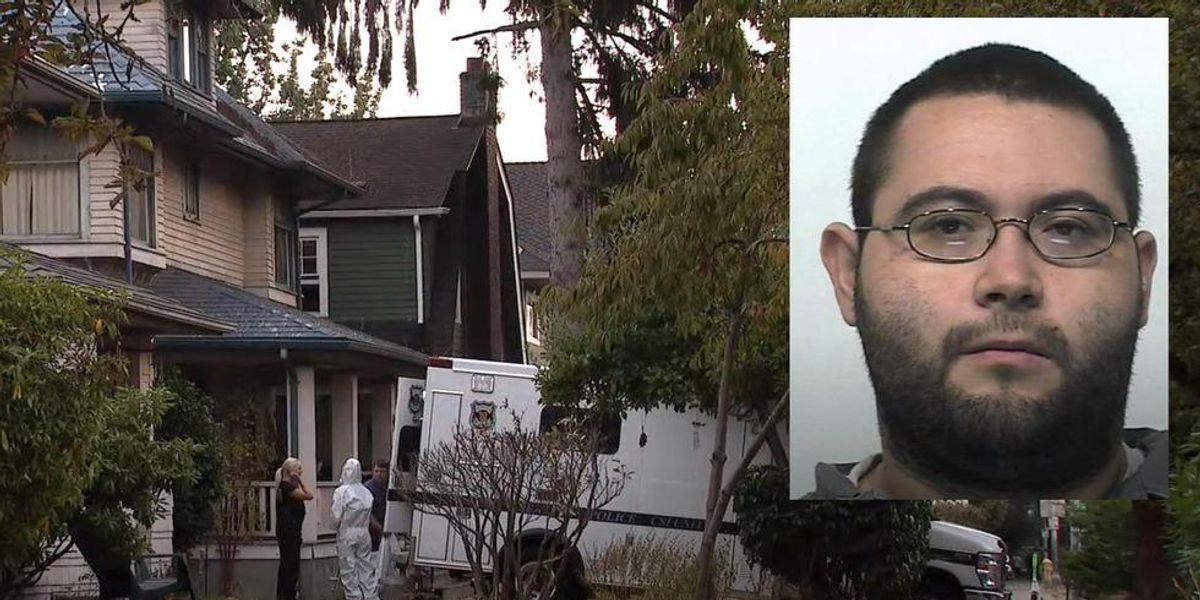 A Seattle man was arrested and charged with murdering a woman and violating her remains over a month-long period before dumping her mutilated body on a trail.

In June, police investigated a report of human remains found near the University of Washington. They identified her as Mavis Boots Kindness Nelson, a 56-year-old woman who had been reported missing a month earlier.

The King County Medical Examiner’s Office found that she had been fatally stabbed and ruled her death a homicide. Her remains were also reportedly mutilated.

Authorities were able to connect the woman’s death to 32-year-old Charles Becker after finding his fingerprints at her apartment and finding him on her cell phone records. They later matched his DNA to that found at at the scene. They had Becker’s DNA on file because he had been previously convicted of manslaughter in the death of his 4-month-old son in 2015.

Becker allegedly admitted to investigators that the woman died at his apartment by “homicidal means.” He reportedly added that “the body remained at the location for a long time before it was eventually removed from his apartment.”

According to the charging documents, police said Becker stored her remains in his closet for a month and sexually violated the corpse during that time.

Investigators say they also obtained a low-resolution video showing two people dropping something over a viaduct from a vehicle onto a trail where the remains were later found.

On Tuesday, Becker was arrested and charged with murder. He is being held on $5 million bail after prosecutors argued it would be unsafe to release him.

“The defendant’s incredibly disturbing and brutal actions in this case, combined with his criminal history and warrant history, make clear he poses a substantial danger to the community,” prosecutors explained.

When asked if officials were searching to identify the second person in the video they obtained, detectives said only, “That portion of the case remains active and ongoing, and we will be unable to provide additional context.”

Police have also not identified the vehicle from the low-resolution video.

The victim’s sister spoke to KOMO-TV about the shocking incident.

“I don’t understand why it had to be so devastating in this way,” said Ernestine Morningowl. “Why? Why did he do this? That is my big question.”

Here’s more about the shocking case: