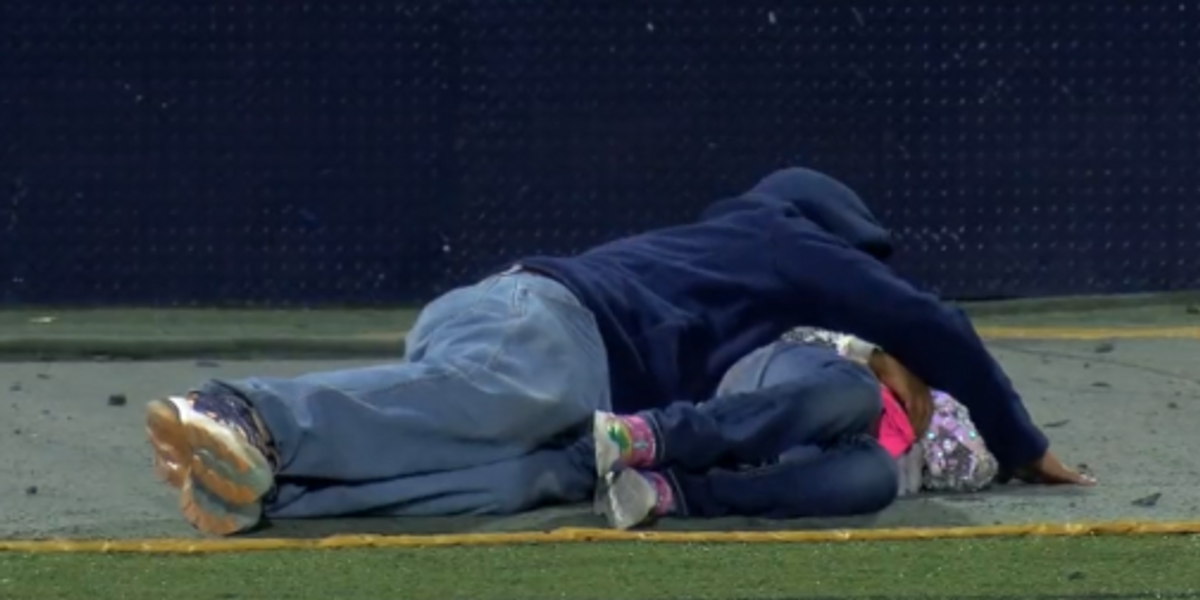 The terrified crowd at a high school football game in Ohio are seen on video scrambling for safety when gunfire erupts.

During the fourth quarter of the football game between Whitmer High School and Central Catholic, gunshots rang out into the air. The alarmed audience, players, referees, the marching band, and high school students frantically attempted to take cover from the shooting.

Video shared by WTOL sports director Jordan Strack shows a man on the ground shielding a young child from the shooting. Others are huddled behind a barrier to protect themselves from the gunfire.

u201cThis was the scene at the Central Catholic-Whitmer game when shots were fired outside the stadium. We’ve confirmed that 3 people have been shot. Conditions are still unknown. A really scary scene.u201d

WTOL reported, “More than 12 gunshots were heard at the southwest corner stadium near the main entrance during the game and people in the stands were seen fleeing. Several bullet casings were seen scattered on the ground behind the field house.”

The shooting – which happened around 9:30 p.m. on Friday – took place outside of the Whitmer High School football stadium, but gunshots were clearly heard during the broadcast of the game.

They were transported to a local hospital for their injuries, that police say are non-life-threatening.

The Toledo Police Department said two people are in custody in connection with the shooting, and that two other individuals could be linked to the incident.

“No guests were injured in the evacuation and we could not be prouder of our students, staff, Whitmer fans, and our guests from Central Catholic,” Peters said.

Washington Local Schools Superintendent Kadee Anstadt released a statement regarding the shooting, according to WTVG.

“We are deeply saddened that a fun rivalry tonight was disrupted by an act of violence in the streets surrounding our event,” Anstadt said. “What we know at this time is limited, and we will not speculate until further details are known. An event like this is every school district’s worst nightmare, and we ask that you keep both Central and Whitmer in your thoughts as we attempt to figure out this atrocious act.”

Parkins added that the Central Catholic student body will gather on Tuesday to “talk to them, support them, but also pray.”

Thug allegedly tosses Molotov cocktail at cops — who tackle suspect, use baton strikes and ‘pain-compliance techniques’ when he resists arrest
James Woods to sue DNC over collusion with Twitter to censor Americans’ speech: ‘Scratch a liberal, and you will find a fascist every time’
Democrat claims her child woke up with ‘nightmares’ over climate change — but no one is buying it
Video: Fugitive hiding under mattress opens fire on cops who were searching for him. It doesn’t end well for suspect.
WATCH: Footage of Chinese protests bypass online censors despite Apple AirDrop restrictions