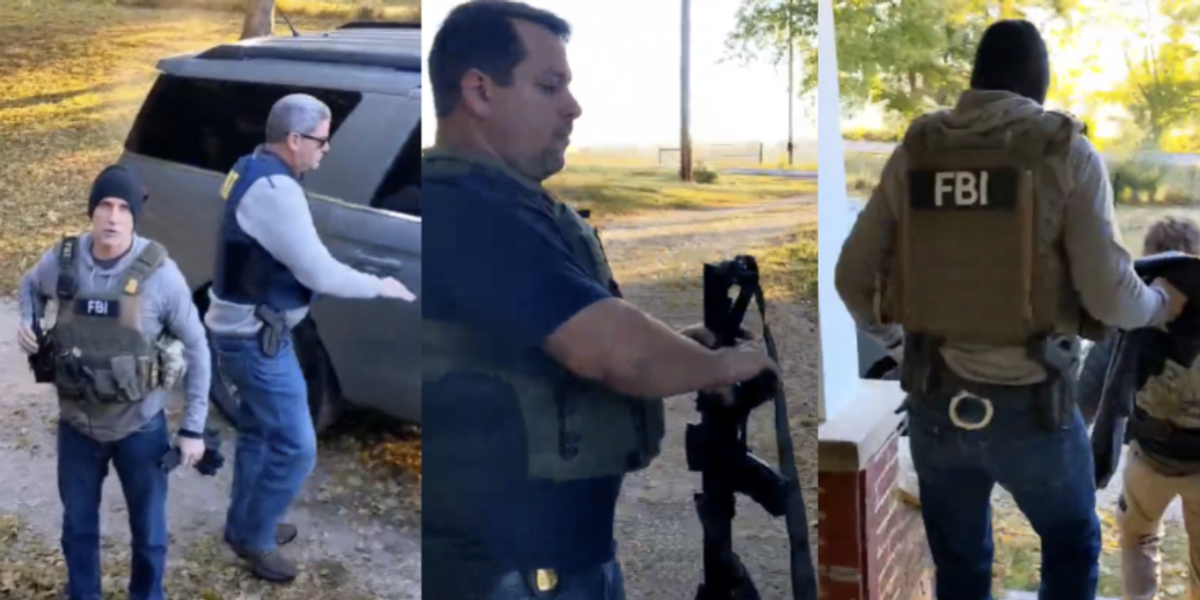 FBI agents conducted a raid of a pro-life activist’s home in Tennessee on Wednesday, according to video recorded by his wife. At the time of the FBI raid, the pro-life activist was reportedly about to take his seven children to school.

Paul Vaughn is one of 11 pro-life activists charged with violations of the Freedom of Access to Clinic Entrances Act for engaging in a protest at an abortion clinic in March 2021. The Department of Justice accused the defendants of blocking access at the Carafem abortion clinic in Mount Juliet, Tennessee.

Seven of the pro-life activists – including Vaughn – were charged with “conspiracy against rights secured by the FACE Act, and committing FACE Act violations,” which is punishable by up to 11 years in prison and $250,000 in fines.

Vaughn’s wife reportedly captured video of the “aggressive” arrest that happened at their home around 7:20 a.m. on Wednesday. Video shows four armed FBI agents at the Vaughn residence.

“There was no effort to bring him in voluntarily,” Gualberto Garcia Jones – an attorney for the Personhood Alliance – told the Daily Caller. “They showed up unannounced at around 7 a.m. They were banging on the door so loud that it made the whole house shake and once they did that he came out — he was actually on his way to take seven of his children to school. The FBI agents, all four of them had their weapons drawn: two of them had long guns, two of them had sidearms. They were very, very aggressive, but once his wife took out the phone, they immediately changed their demeanor.”

Paul Vaughn told Townhall that three of his children were in the backyard when an FBI agent armed with a rifle questioned them.

One child was crying and allegedly says, “The FBI is here, and they are arresting daddy.”

Vaughn’s wife notes, “They traumatized me and my children intentionally. We will never forget this.”

Vaughn said he was handcuffed on the porch in front of his children.

Video shows the wife confronting the FBI agents – asking why her husband was arrested and demanding the agents to identify themselves.

“I want to know why you were banging on my door with a gun,” Vaughn’s wife says to an FBI agent in the video. “You’re not going to tell me anything?”

Vaughn’s wife retorts, “No, you didn’t! You did not try!”

She approaches another FBI agent armed with a rifle, and asks for his identification. He completely ignores her.

Vaughn was reportedly whisked away in one of the two unmarked SUVs on the property.

The family said they never received official information about Vaughn’s whereabouts for six hours after the arrest. He was taken to a federal holding facility about 60 miles from his home.

“For over six hours, no one knew where I was and why I was kidnapped from my home at gunpoint. It took a good attorney six hours to be able to break through the bureaucracy and find the people who know what was going on,” Vaughn told Townhall.

u201cud83dudea8 One of the pro-life leaders targeted by Biden’s DOJ sent me footage of the early morning FBI raid on his family home. Paul Vaughn was placed in handcuffs by armed FBI agents in front of his children just before school drop-off. Watch as his wife pleads for answers mid-arrest:u201d

In September, as many as 30 FBI agents with guns reportedly drawn raided the home of pro-life activist Mark Houck for allegedly pushing a man to the ground outside an abortion clinic in Pennsylvania nearly a year ago. The pro-abortion man allegedly harassed the Christian man’s young son.