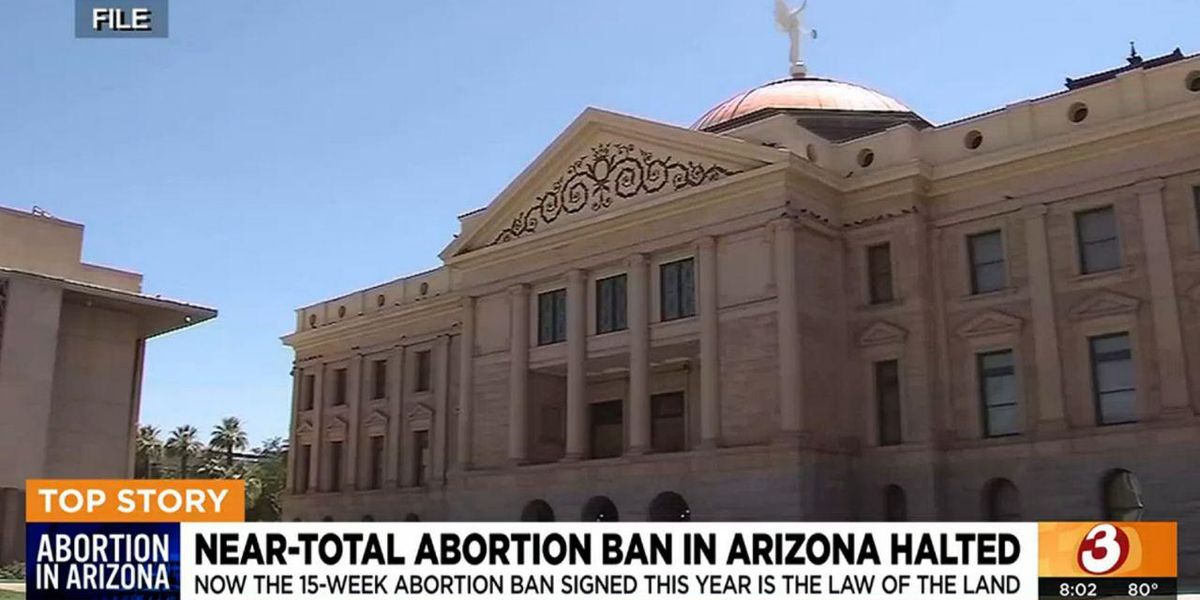 On Friday, an Arizona appeals court ruled with Planned Parenthood to halt the enforcement of a statewide abortion ban. The decision means that abortions up to 15 weeks are temporarily legal in the state.

Last month, Pima County Superior Court Judge Kellie Johnson lifted a 1973 injunction against a 1901 law that banned abortion in Arizona. The September ruling paused abortion statewide in nearly all cases, except when the mother’s life was at risk.

Republican Arizona Attorney General Mark Brnovich, who pushed for the judge’s ruling to lift the injunction, applauded the decision.

“We applaud the court for upholding the will of the legislature and providing clarity and uniformity on this important issue,” Brnovich wrote on Twitter. “I have and will continue to protect the most vulnerable Arizonans.”

Planned Parenthood of Arizona requested an appeal of Johnson’s ruling, arguing that the judge should have considered the many laws restricting and regulating abortion that have been passed since the injunction. Sarah Mac Dougall, an attorney for the organization, stated that the 1901 law should be limited so it does not conflict with laws passed after it.

The Arizona Court of Appeals judges agreed with Planned Parenthood. Presiding Judge Peter J. Eckerstrom wrote, “Arizona courts have a responsibility to attempt to harmonize all of this state’s relevant statutes.”

“Today’s decision provides a desperately needed sense of security for both our patients and providers,” said Alexis McGill Johnson, president and CEO of Planned Parenthood Federation of America. “We can now breathe a sigh of relief and serve patients. While the fight isn’t over, for now, Arizonans will once again be able to make their own decisions about their bodies, health care decisions, and futures.”

Last month, a 15-week abortion ban went into effect in Arizona. The law was signed by Governor Doug Ducey in March, who said that the ban takes precedence and will not be impacted by the court’s Friday decision. Before the 15-week law, abortion was legal in Arizona up to 24 weeks of pregnancy.

Musk-Owned Twitter ‘No Longer Enforcing’ So-Called COVID-19 Misinfo Policy
Federal Reserve set to introduce privacy-crushing digital currency that can be ‘controlled’ and ‘programmed’ by government bureaucrats
“I Know Everything You’re Hearing Is Going to Be Dropped in Bin #3 – There Will Come a Day When You Sit Before a Higher Judge” – Maricopa County Election Worker Testifies Scanners were Not Working ALL DAY – Computers Went Down (VIDEO)
Does Mitch McConnell Have a Valid Point About Trump?
Creepy woman who shared pornographic images of teen during prison visit with sex offender pleads guilty