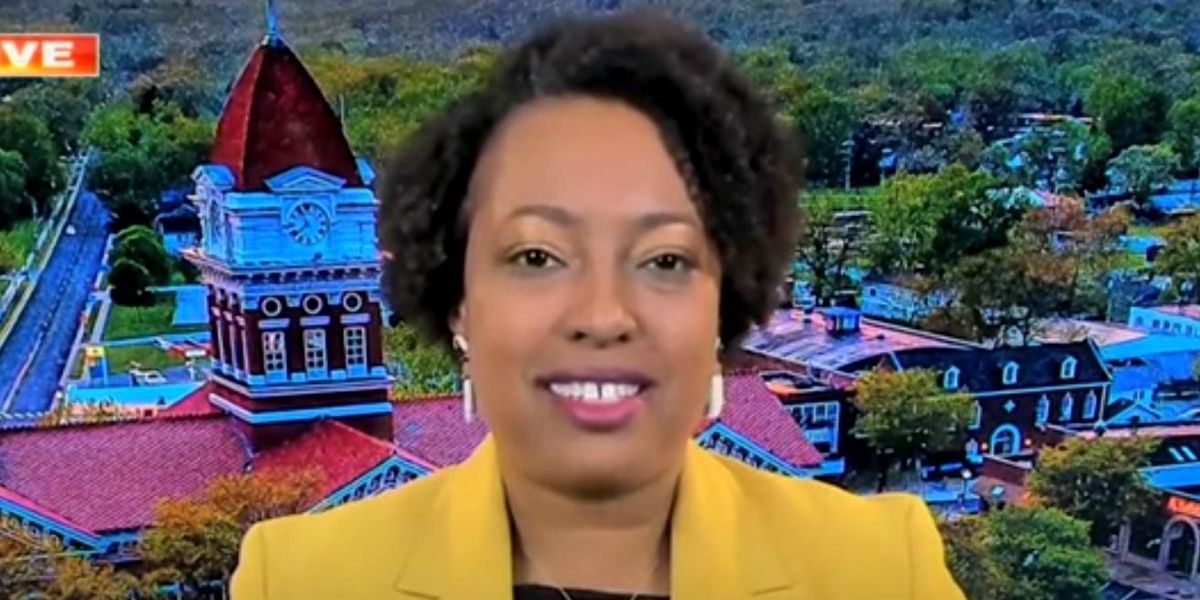 Combat veteran and Republican challenger in Indiana’s 1st Congressional District Jennifer-Ruth Green has accused her Democratic opponent and a writer for Politico of obtaining her Air Force service record files through untoward means and then outing her as a sexual assault victim, all to prevent Green from ousting the incumbent congressman in the midterm elections next month.

Green, who identifies as black and Asian, claimed that freshman Rep. Frank Mrvan (D-Ind.), 53, “illegally” acquired her military records and then peddled them to the media.

“I believe Congressman Frank Mrvan illegally obtained those documents and was floating them around to press,” Green, 40, said. “That’s what our political team told us, that they were farming it out to several different press outlets to see who could write a very disgusting, ugly smear piece against me with the intent to paint me as a disgraced military officer.”

She likewise claimed that Politico reporter Adam Wren published the details of a sexual assault she said she endured in Iraq, despite repeated requests that he keep that information private.

“I said at one point in my life to my assailant, ‘No. Please stop. Don’t.’ And he did what he wanted to do. … This is the exact same situation all over again, all because there was a man who wanted some sort of gratification,” Green said.

Green believes that the information leak is politically motivated.

“Let’s be real,” she said, the information came out “40 days before an election where he’s being outraised, where his numbers are slipping.”

“If I were on the other side of the ticket, they would weep for me, they would mourn for me,” Green added. “Only because I’m a Republican do they feel this is acceptable. But it’s unacceptable.”

According to Politico, Green claimed that an Iraqi serviceman grabbed her breast and exposed himself to her while she was on a site visit to the Iraqi national training center in 2009. She also claimed that a military superior advised her not to report the incident so as to protect U.S./Iraqi military relations regarding women in combat. Taking that advice, she said, resulted in a poor performance review several months later.

For its part, Politico claimed that it obtained Green’s records from “a person outside the Mrvan campaign” “by a public records request.” Green has since written to various members of the military and the Department of Justice requesting an investigation into how her records were released.

Since the Politico feature story on Green was published on Friday, several prominent elected Republicans have come to her defense.

“The decision by @mrvan4congress to illegally obtain & leak @JenRuthGreen’s military records knowing they would out her as a survivor of sexual assault is not only a shameful new low for politics & the media, it’s a horrific attack on survivors everywhere,” tweeted Rep. Elise Stefanik (R-N.Y.).

“I fully support my fellow AF veteran ⁦@JenRuthGreen⁩,” Rep. Don Bacon (R-Neb.) posted on Twitter. “What the opposition and media did here is victim-shaming, and it is despicable.”

Green has, indeed, outraised Mrvan for two straight quarters, though Politico still projects that the district “leans Democratic,” with good reason. A Republican has not been elected to the seat in nearly 100 years. Rep. Mrvan has not issued a public comment on the Politico story or Green’s accusations.

Elon Musk threatens to release Twitterâ€™s emails related to the suppression of the Hunter Biden laptop story
Republican Jewish Coalition issues a scathing condemnation of Kanye West after shocking statements on Alex Jones’ show
White House hosts celebs, politicians, and others for decadent state dinner that includes caviar-dolloped lobster as Americans grapple with soaring inflation
James Woods To Sue Twitter Over DNC-Ordered Censorship
‘Reckless driver’ crashes truck into two cars at a Walmart. Police said it was a dog with a ‘guilty look’ on its face.