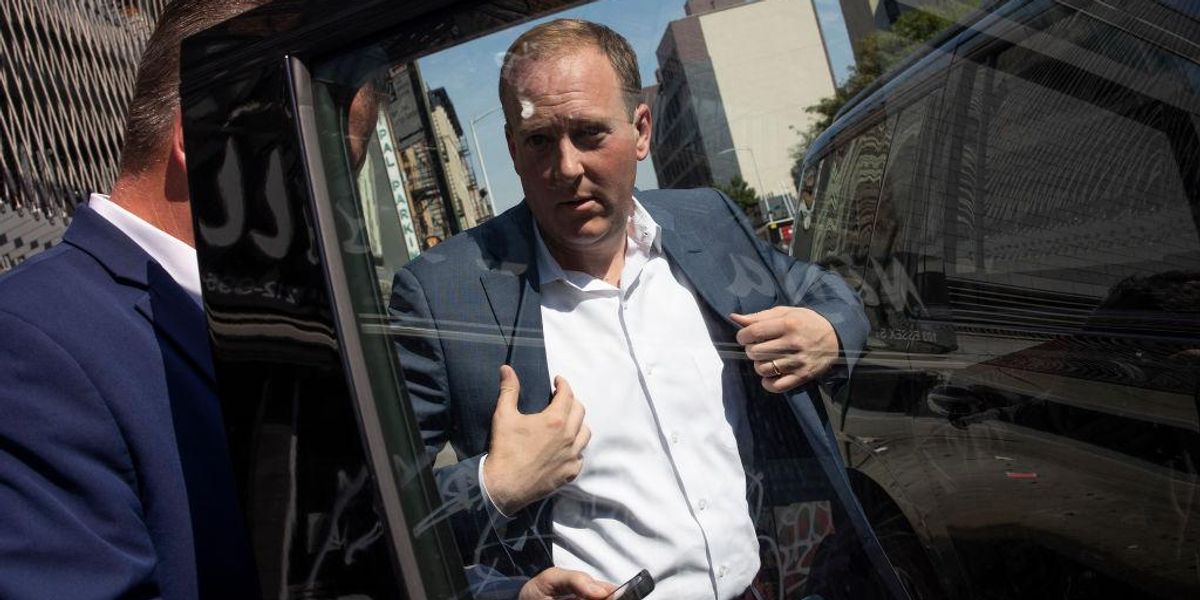 A shooting erupted outside the Long Island home of Rep. Lee Zeldin (R-N.Y.) on Sunday afternoon. The New York Republican gubernatorial candidate and his wife were not home at the time of the shooting, but his teen daughters experienced the frightening situation that left them “shaken.”

Around 2:18 p.m. on Sunday, two people were shot outside of Zeldin’s home in Shirley, New York.

“My 16-year-old daughters, Mikayla and Arianna, were at our house doing homework, while my wife, Diana, and I were in the car, having just departed the Bronx Columbus Day Parade in Morris Park,” Zeldin said in a news release.

“After my daughters heard the gunshots and the screaming, they ran upstairs, locked themselves in the bathroom and immediately called 911,” Zeldin stated. “They acted very swiftly and smartly every step of the way and Diana and I are extremely proud of them.”

Zeldin said one of the bullets landed “just 30 feet” from his daughters.

“The two individuals who were shot were laying down under my front porch and the bushes in front of our porch,” he added.

Zeldin said his twin teen daughters are “shaken, but ok.”

Zeldin concluded, “Like so many New Yorkers, crime has literally made its way to our front door. My family is grateful to all who have reached out and we will provide another update when we can.”

New York Gov. Kathy Holchul’s opponent said his family is working with investigators, and that he provided security camera footage to the police.

The situation around the shooting is unclear, but Suffolk County Police confirmed that the shooting had no connection to the Zeldin family.

A police spokesperson said the two people who were shot were transported to a local hospital for treatment.

Zeldin has been a fierce critic of crime running rampant in New York under Holchul’s watch.

“In Kathy Hochul’s New York, crime is out of control,” he said last month in a tweet promoting his campaign ad that highlighted crimes committed in New York.

“She’s been pandering to pro-criminal allies and she’s been on the wrong side of these issues one after the other,” Zeldin told Fox News host Harris Faulkner on Friday. “Kathy Hochul can’t confront this head-on because she hasn’t actually been doing anything about it.”

In May, Zeldin was physically attacked by a man during an event in Rochester, New York.