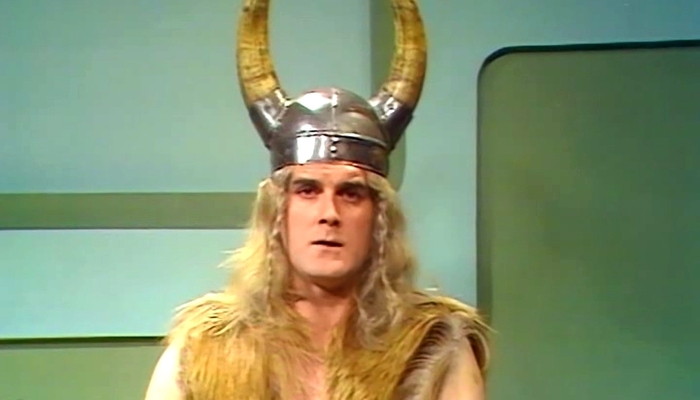 GB News, a small, young right-leaning British TV network, has signed Cleese on to host a talk show starting next year. The Guardian, the large, old socialist British newspaper, pretends there’s something contradictory about that.

“John Cleese has signed up to become a presenter on the rightwing television channel GB News, while also complaining that ‘cancel culture’ is keeping people such as himself off TV screens,” the paper sneered.

And if Cleese were hosting a show on the state-owned BBC, the comrades would have a point. But as The Guardian itself reported, that ain’t happening. “The 82-year-old said he would not be offered such a show by the BBC.” If he were, he predicted “I wouldn’t get five minutes into the first show before I’d been canceled or censored.”

Cleese explained that he didn’t know about GB News when the network approached him, but after meeting them “I liked them very much. And what they said was: ‘People say it’s the rightwing channel – it’s a free speech channel.’”

Maybe, but as Cleese explained: “There’s a massive amount of important information that gets censored, both in TV and in the press. In my new show, I’ll be talking about a lot of it. You should be prepared to be shocked.”

What really must bug The Guardian, though, is the fact that the Monty Python great understands the job of the press better than it does itself: “That’s the job, to put the facts out there, and then to have opinions slightly separate and have a proper argument about it, but not to try to avoid a public debate.”

And Cleese is a veteran of public debate:

Jewish Ex-Trump Staffer Let Don Lemon HAVE IT on Trump Dinner with Anti-Semite Fuentes
Alyssa Milano virtue-signals about scrapping her Tesla because of ‘white supremacy,’ but flood of comments point out how her new electric car is problematic
UNHINGED: CNN Analyst Says Free Speech Is ‘Nonsense’
Vast majority of covid deaths now occurring in the fully jabbed … after Biden and the CDC fraudulently claimed vaccines stop transmission
This Thanksgiving, I will give thanks for all the miraculous blessings of the free market