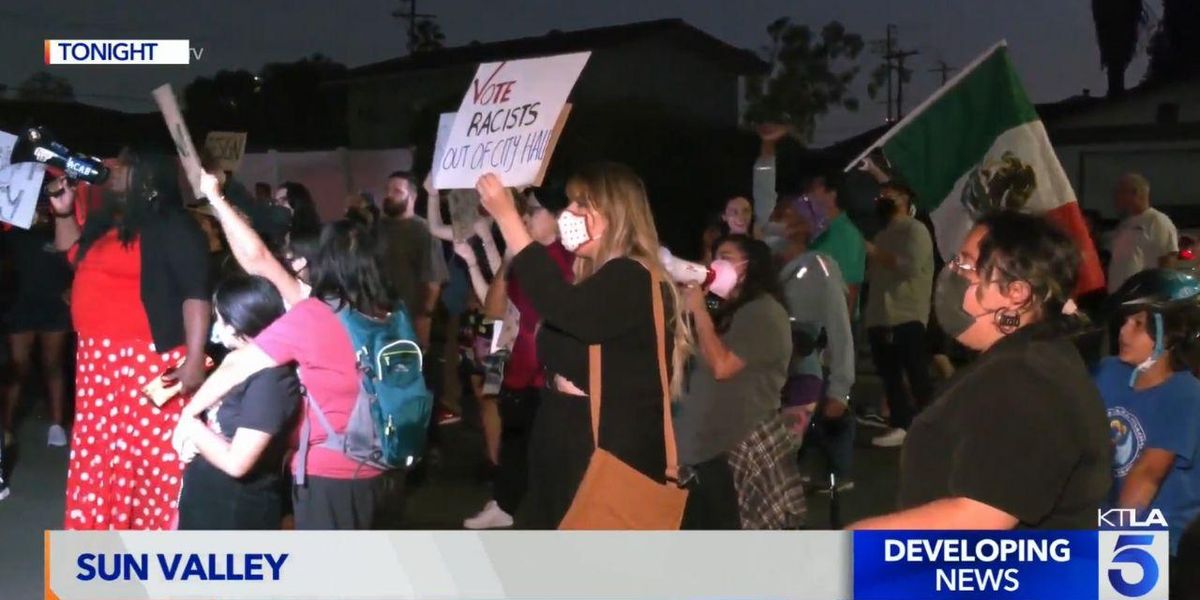 Three L.A. City Council members are being asked to resign after leaked audio from a private meeting last year revealed offensive and racist remarks, the Los Angeles Times reported Sunday. It is unclear why the meeting was secretly recorded or who recorded it.

Martinez can be heard on the recording making racist remarks about the child of another council member, Mike Bonin. Martinez mentions that Bonin’s child misbehaved during a Martin Luther King Jr. parade several years ago.

The group discussed Bonin, who is white, and his adopted child, who is black. During the conversation, Martinez called Bonin a “little bitch.”

De León chimed in and said that Bonin used his child as an accessory and compared him to a designer bag. He called Bonin the council’s “fourth black member.”

Martinez talked about how the child had misbehaved during a Martin Luther King Jr. parade several years ago. On the leaked audio recording, she explained that she, Bonin, and his child were on a float together during the parade and that the child nearly caused the float to tip over.

“This kid needs a beat-down,” Martinez said during the discussion about Bonin’s child. “Let me take him around the corner, and then I’ll bring him back.”

At one point in the conversation, Martinez described Bonin’s son as “ese changuito,” or “that little monkey.”

Following snippets of the audio shared by the Los Angeles Times, Martinez, Herrera, and de León released apology statements. Cedillo claimed that he did not recall the conversation.

Protesters filled the street outside Martinez’s home over the weekend, calling for her immediate resignation.

“In a moment of intense frustration and anger, I let the situation get the best of me and I hold myself accountable for these comments. For that I am sorry,” Martinez wrote. “The context of this conversation was concern over the redistricting process and concern about the potential negative impact it might have on communities of color.”

De León stated that his comments during the discussion were “wholly inappropriate.”

“I regret appearing to condone and even contribute to certain insensitive comments made about a colleague and his family in private,” de León wrote. “On that day, I fell short of the expectations we set for our leaders — and I will hold myself to a higher standard.”

In a Sunday statement, Herrera said, “There is no justification and no excuse for the vile remarks made in that room. Period. And I didn’t step up to stop them and I will have to bear the burden of that cross moving forward.”

Bonin called on Martinez, Herrera, and de León to resign. In a statement, Bonin said, “The entirety of the recorded conversation … displayed a repeated and vulgar anti-Black sentiment, and a coordinated effort to weaken Black political representation in Los Angeles.”

2,500 Australians Strip Naked for a Photoshoot to Raise Awareness About Skin Cancer (VIDEO)
‘Amnesty begins next week’: Elon Musk says Twitter will reinstate suspended accounts, with certain exceptions
Bill Maher can’t decide which is WORSE: Stephen Colbert or ‘a room full of Tucker Carsons’
Here We Go: WHO to Rename ‘Monkeypox’ Virus to ‘MPOX’ as Pressure Mounts from the Biden Regime
Binance, an early FTX investor, linked to CCP, WEF and UN