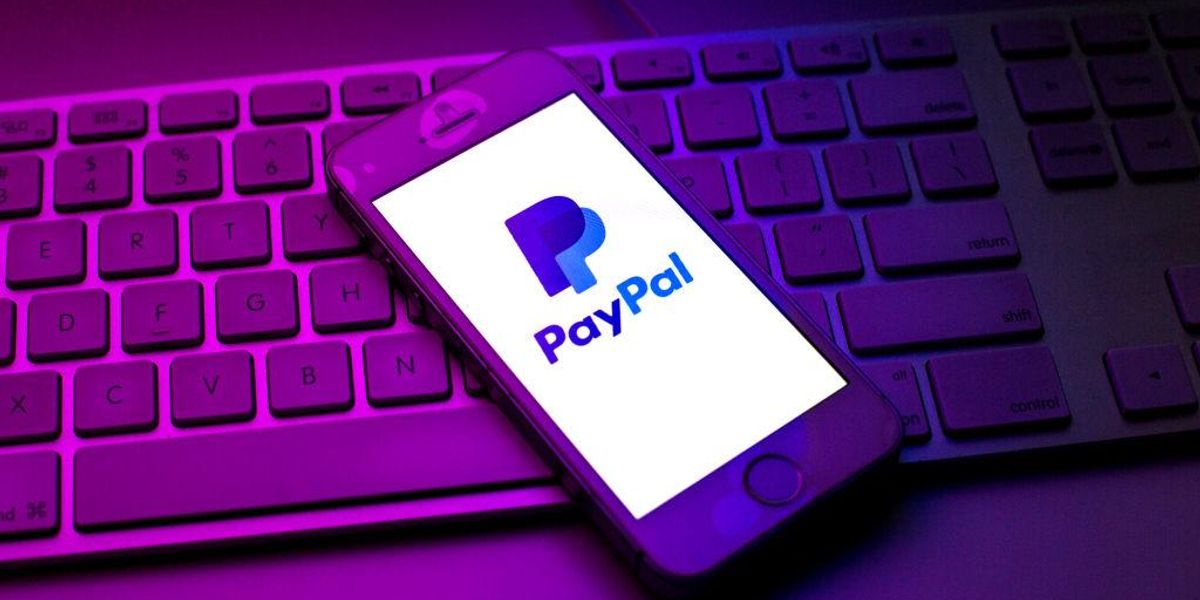 On September 26, the financial technology company PayPal announced updates to its user policy. Documents on the company’s website as of Saturday evening indicated that the company would confiscate $2,500 directly from the accounts of users found guilty, at “PayPal’s sole discretion,” of so-called “misinformation” or “discrimination of protected groups.”

Although it was not made clear what might constitute “misinformation” or “discrimination,” the company’s censorial alliances with the leftist Southern Poverty Law Center and Anti-Defamation League, as well as its track record of targeting conservative and religious groups prompted concerns of a politically biased application of the policy.

It appears, however, that PayPal is walking back the language included in the policy update.

A PayPal spokesman notified TheBlaze that an “AUP notice recently went out in error that included incorrect information. PayPal is not fining people for misinformation and this language was never intended to be inserted in our policy.”

“Our teams are working to correct our policy pages. We’re sorry for the confusion this has caused.”

Ahead of the update, David Marcus, the CEO of cryptocurrency company Lightspark, tweeted “@PayPal’s new AUP goes against everything I believe in. A private company now gets to decide to take your money if you say something they disagree with.”

Christina Pushaw, Florida Gov. Ron DeSantis’ (R) rapid response director suggested that PayPal ought to pay a $2,500 fine for spreading “misinformation” about itself.

u201cWell, wellu2026 looks like PayPal spread misinformation about itself. Maybe they should pay a $2,500 fine to all of us?u201d

As of October 8, PayPal’s new “Acceptable Use Policy” stated that, effective November 3, activities (i.e., the sending, posting, or publication of any messages, content, or materials) may qualify as violations if the company decides they are:

For each violation, a user may be subject to “damages, including liquidated damages of $2,500.00 U.S. dollars … which may debited directly from your PayPal account(s).”

This document has since been taken down, although TheBlaze obtained a copy.

PayPal has previously made clear that it is not a neutral organization, politically, culturally or otherwise. Dan Schulman, the company’s CEO, stated that “businesses need to be a force for good in those values and issues they believe in.”

Despite claiming that the company respects and values “uniqueness and diversity of thought,” last month, PayPal shut down the accounts of the Free Speech Union and Gays Against Groomers “with no clear explanation.”

The FSU had been critical of the proliferation of “radical gender theory” in British schools. FSU founder Toby Young suggested the de-platforming to have been politically motivated and ultimately a “sinister form of cancel culture.”

Gays Against Groomers remarked after its ban that “more and more companies are coming out in full support of the sexualization, indoctrination, and medicalization of minors.”

In September, PayPal also shut down UsForThem, a campaign group that advocated for reopening schools during the COVID-19 lockdowns.

In January, PayPal permanently banned journalist Ian Miles Cheong without giving an explicit reason why. Cheong indicated “it had everything to do with my politics.”

It’s not just journalists and advocacy groups that PayPal has clamped down on. In 2019, it similarly went after conservative street artist Sabo, reportedly banning him and withholding his earnings for six months.

In 2019, PayPal revealed it was working with the SPLC to identify users to ban.

Among the groups and organizations lumped in with terror groups on the SPLC’s so-called “hate map” are: the Center for Immigration Studies; ACT for America; the American Freedom Law Center; Catholic Family News; the Family Research Council; the John Birch Society; Women Fighting For America; Idaho Constitutional Sheriffs; Protect America Now; and the RAIR Foundation.

According to the SPLC, an organization “does not need to have engaged in criminal conduct or have followed their speech with actual unlawful action to be labeled a hate group.”

The SPLC, which has been sued numerous times for defamation, was accused by one former staffer of exaggerating hate to improve fundraising figures and “bilk” donors.

In addition to libeling law-abiding groups with whom it disagrees on political and cultural issues, the SPLC has reportedly opened up certain groups to violence. In 2012, a terrorist targeted the Family Research Council after having found it on the SPLC’s so-called hate map.

Last year, PayPal announced it was also partnering with the ADL to “fight extremism and protect marginalized communities.”

The ADL’s threshold for what constitutes an extremist is exceptionally low.

For instance, Libs of TikTok, the Twitter account that has exposed liberals who sexualized children, made the ADL’s “Glossary of Extremism.”

Included in the lists of groups the ADL accuses of extremism and hate are those Christian organizations that do not support gay marriage, including the Family Research Council.