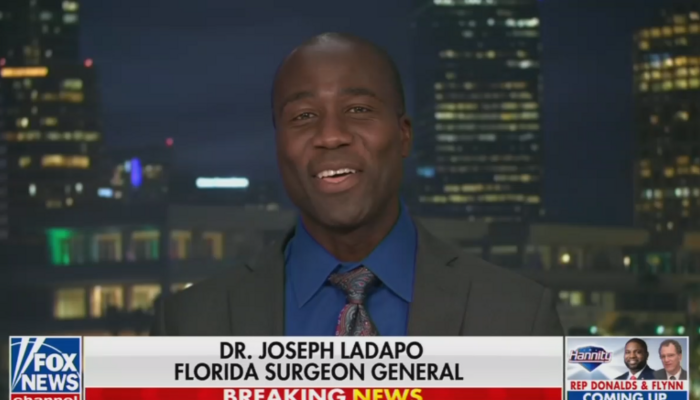 Follow the science—except when it undermines Big Tech’s favorite narratives. Twitter upheld that precept when it reportedly censored but later reinstated a tweet from Florida Surgeon General Dr. Joseph Ladapo recommending that young men not get mRNA COVID-19 vaccines based on new evidence he has. “Today, we released an analysis on COVID-19 mRNA vaccines the public needs to be aware of,” Lapado’s Oct. 7 tweet said. “This analysis showed an increased risk of cardiac-related death among men 18-39. FL will not be silent on the truth.” He then linked to his press release with the mRNA vaccination analysis results and his guidance.

“Studying the safety and efficacy of any medications, including vaccines, is an important component of public health,” Ladapo said in the press release. “Far less attention has been paid to safety and the concerns of many individuals have been dismissed – these are important findings that should be communicated to Floridians.”

Ladapo’s press release also said that men should use “particular caution” with mRNA vaccines if they have “preexisting cardiac conditions, such as myocarditis and pericarditis.”

On Monday, Ladapo responded to critiques of his guidance and the underlying analysis in a long Twitter thread. “I love the discussion that we’ve stimulated,” Ladapo tweeted. “Isn’t it great when we discuss science transparently instead of trying to cancel one another?”

MRC Free Speech America reached out to the Florida Department of Health but did not receive a response as of the publication of this piece.

Conservatives are under attack. Contact Twitter at 415-222-9670 and demand that Big Tech be held to account to mirror the First Amendment while providing transparency, clarity on “hate speech” and equal footing for conservatives. If you have been censored, contact us at the Media Research Center contact form, and help us hold Big Tech accountable.