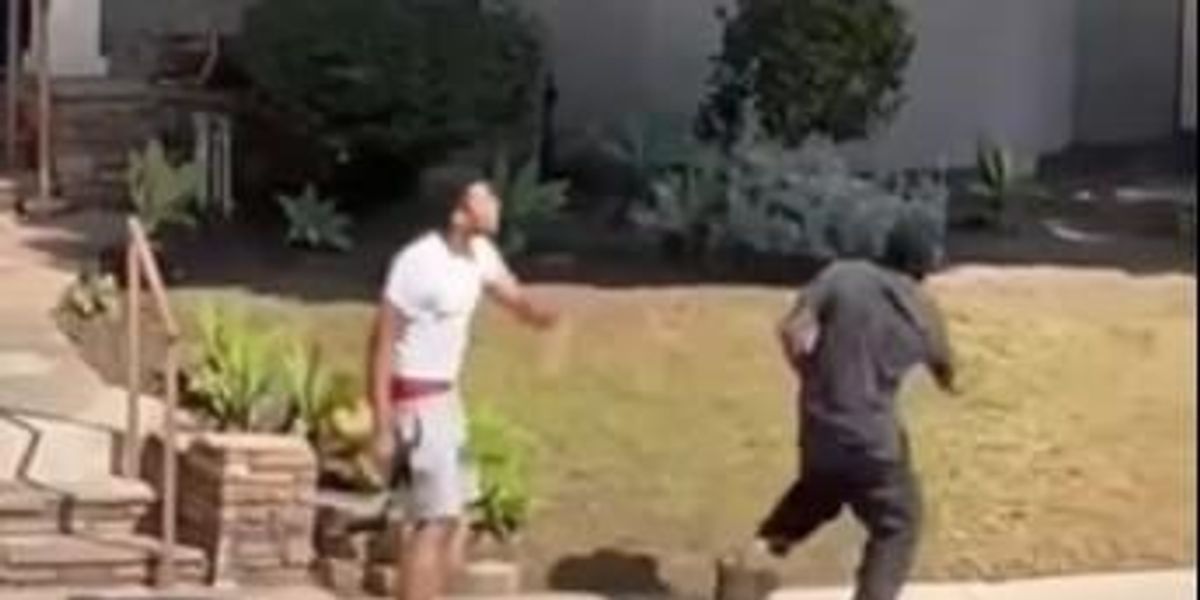 A video of an incident which took place earlier this year shows a black man in California reportedly defending a person described as “an elderly Asian man” from a violent car jacking attempted by another black man.

On Friday, the Instagram account Black and Asian Souls Unite posted a video, reportedly filmed in April, of a black man who used a handgun to protect an Asian man from another black man who supposedly tried to steal his car. The video does not show the alleged carjacking itself.

BASU posted the video with the message “This video was sent to us by a follower. The guy wearing all black attempted to car jack an elderly Asian man out of his car when the Black guy with the gun intervened and well you can see what happens next….”

On the video, the “hero,” who asked not to be identified, points what appears to be a handgun at the alleged perpetrator and compels the man to back away.

“Get the f*ck off my street!” the Good Samaritan shouts at the other unidentified man. “You come around here bullying people on my f****** street, n****?”

“F****** picking on an old a** Asian man,” the man concludes as the alleged car jacker continues walking away from view.

Toward the beginning of the video, the man even fires off a warning shot, likely to demonstrate just how serious he is. He can also be seen tossing what appear to be keys back to the alleged victim, who responds, “Thank you.”

Noted journalist Lisa Ling replied in the video comments, “The man yelling, ‘thank you.’ I thank him.”

Other viewers have commended the video as a demonstration of the “true allyship” between the black and Asian communities in the greater-LA area.

Carl Samson of NextShark, an outlet which claims to be “a leading source covering Asian and Asian American news,” reported that the video was given to a volunteer with the Los Angeles Police Department and that the incident had been confirmed by Miracle Mile Zone 7 Rep. Thao Tran, who also serves as the chair of Public Safety & Wellbeing Mid City West Neighborhood Council.

It is unclear whether the incident was ever prosecuted or whether local law enforcement ever conducted a further investigation of it.