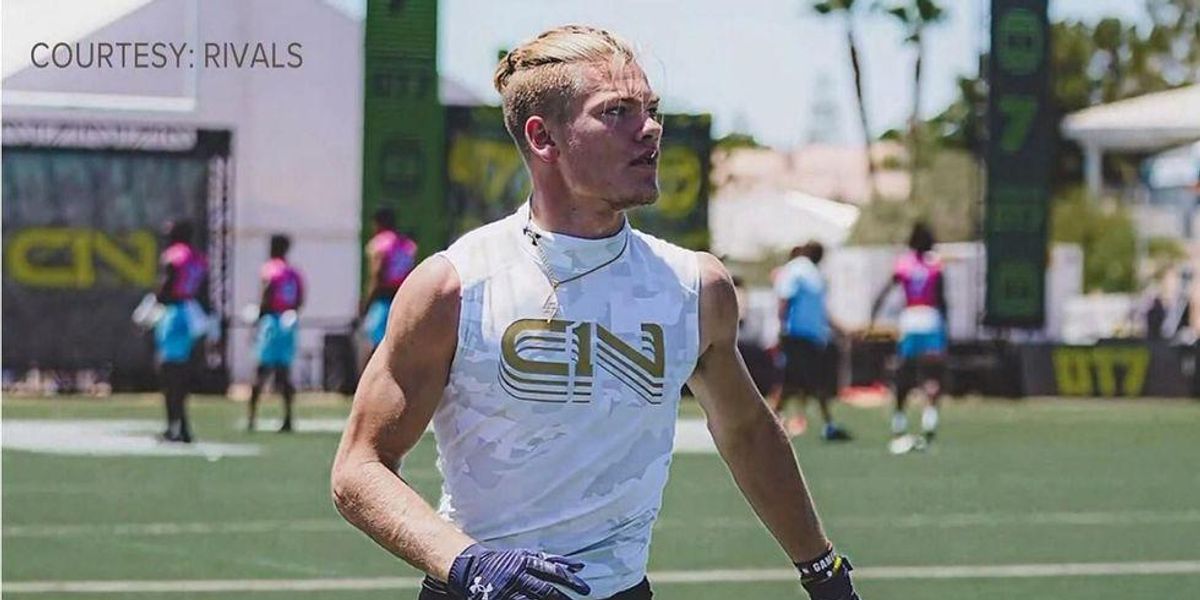 A rising high school football star in Georgia was sadly killed before he ever had a chance to pursue his dreams.

According to reports, 18-year-old Elijah DeWitt of Jefferson, Georgia, was having a fun night out on October 5 when he was shot in the parking lot of a Dave & Buster’s at Sugarloaf Mills Mall in Lawrenceville, Georgia.

“I was at Dave & Buster’s,” said one unidentified man on a 911 call. “I heard people screaming. I looked towards my right, and I see someone lay down. I’ve never seen anything like this, man.”

“He’s barely breathing,” said a manager of Dave and Buster’s, who frantically attempted to revive DeWitt while speaking with 911 operators. “No response, no response.”

Police have since arrested Kemare Bryan, 18, and Chandler Richardson, 19, both from Lawrenceville. Bryan and Richardson were found approximately 75 miles away in Anderson County, South Carolina, though they are expected to be extradited back to Gwinnett County on Monday. Both have been charged with felony murder, malice murder, aggravated assault, and possession of a firearm during the commission of certain felonies.

“Detectives are still working to investigate the motive behind this incident,” said a statement from Gwinnett police released on Friday. “It appears that the suspects and the victim were familiar with each other and when they encountered each other in the parking lot, an altercation took place and then the shooting.”

The shooting has devastated the small town of Jefferson, Georgia, approximately an hour northeast of Atlanta. On Sunday, many of DeWitt’s friends and classmates at Jefferson High School gathered for a vigil held in his honor.

“We feel a very, very, very big, lonely void,” said Elijah’s mother, Dawn DeWitt. “We loved our son beyond measures, and our hearts are broken.”

“I just want people to remember him as Elijah DeWitt, who was a motivated, talented, sweet, kind soul,” she added. “He is a gentle giant.”

DeWitt stood 6’2″ tall and played wide receiver for Jefferson High School. He had dreams of playing college football and was scheduled to visit the University of Georgia this weekend. Instead, a funeral will be held for him on Wednesday, and many of his organs have already been donated to others in need.

“He cared more than anyone I’ve ever met,” said Bailey Reidling, DeWitt’s girlfriend of nearly five years. “That’s why I loved him so much. Because he reminds me of my daddy.”

Newly unredacted correspondence between Fauci and top scientists reveals early efforts to shift the narrative on COVID-19’s possible lab origins despite uncertainty
CNN Is Mute as Biden Still Doesn’t Understand Meaning of ‘Semi-Automatic Weapons’
What Happened to Trump Only Surrounding Himself With ‘the Best People’?
Same Dismal Pattern: CBS Only Mustered One Hunter Biden Story, ABC and NBC Fail to Notice
Suspect in gay nightclub shooting identifies as non-binary