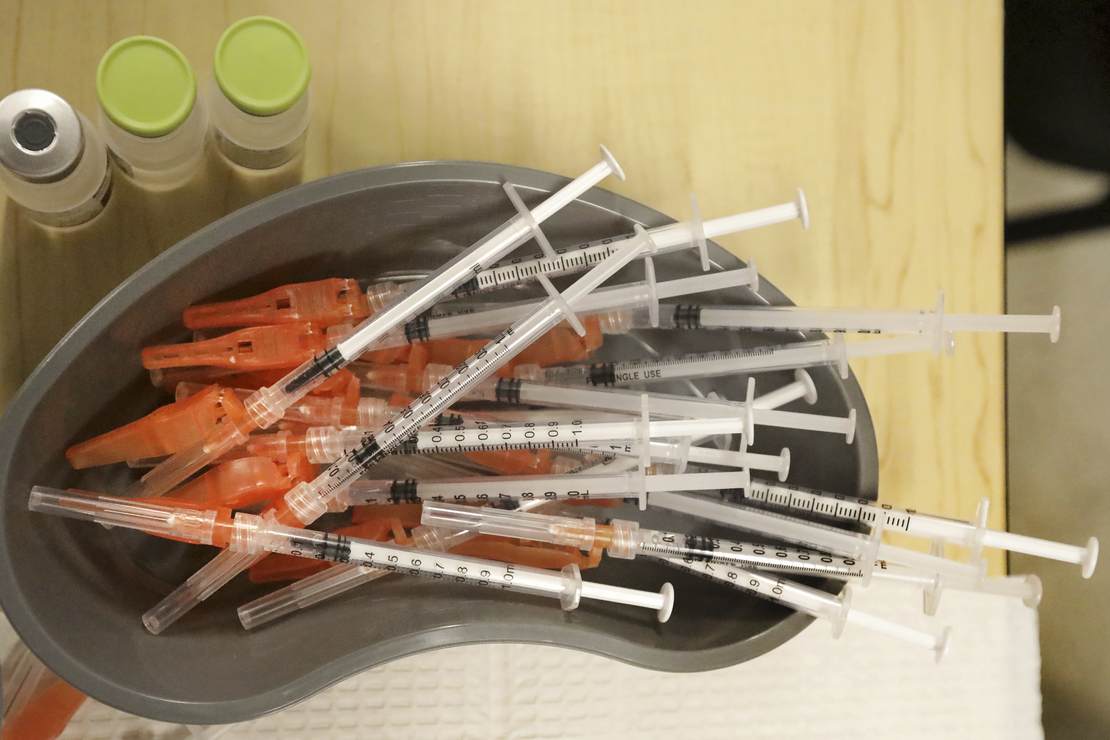 Your body is full of protective barriers that prevent components circulating in the blood from reaching critical organs or passing between individuals. Recent case studies show the spike protein from COVID-19 is passing through some of these barriers with the potential for traumatic results. If taken to the logical conclusion of these case studies, the unvaccinated are not immune from the potential effects. Every American, vaccinated or not, should start demanding answers from our government and the vaccine makers.

The blood-brain barrier (BBB) protects your brain from pathogens and potential toxins circulating in the blood that nourishes every organ in your body. It selects the things it needs, like oxygen, and repels the components that are not essential. Now there is a case study that indicates the mRNA enveloped in a lipid nanoparticle (LNP) in the COVID-19 vaccine can cross it.

The patient was 76 years old, suffered from Parkinson’s, and died three weeks after vaccination. Upon autopsy, doctors found signs of myocarditis in the patient’s heart. Tissue analyses of the brain uncovered additional findings, including acute inflammation of the blood vessels and multifocal necrotizing encephalitis. According to the NIH, acute necrotizing encephalopathy (ANE) is a rare disease characterized by brain damage that usually follows an acute febrile illness, usually a viral infection.

But researchers confirmed the spike protein they found in the brain came from the jab, not an infection:

This finding should not come as a surprise. A 2018 review of research found that LNPs were the future of drug delivery systems to the brain because they possessed the tremendous potential to bypass the BBB and reach the target site. The researchers noted at the time, “However, these nanostructures need to be investigated intensively to successfully reach the clinical trials stage.” By December 2020, they were on deck to be injected into millions worldwide.

Then another study found the spike protein in breast milk samples post-vaccination. That means it can cross the blood-milk barrier. This membrane prevents the uncontrolled exchange of soluble and cellular components between blood and milk in the mammary gland. It enables optimal and safe milk composition for the baby.

While the researchers gloss over their findings and still recommend vaccinated mothers breastfeed their babies, they clearly state this is proof of biodistribution to the mammary gland. The vaccine does not stay in the arm. And it could end up being ingested by a nursing baby, according to this small study. They call for more investigation a day late and a dollar short. By now, vaccinated mothers have nursed millions of babies.

Related: The FDA Should Have Been Ready for the Vaccine Information Shared by Florida’s Surgeon General

There is another barrier between the mother and infant while the baby is in-utero. The blood-placental barrier provides protection that varies throughout gestation and can be compromised by medications and other toxins. This variability is why doctors advise pregnant women to avoid many drugs and foods. But not the experimental vaccine, for some odd reason. Odd because in 2021, a group of researchers asserted the following about nanoparticles in general:

What if their properties include being a highly inflammatory LNP that hangs around for months? No one can say they know the long-term effects. The disregard for people of childbearing age and infants is unprecedented in modern history.

A group of researchers decided to study the effect of mRNA and the LNP on the immune system. The results demonstrated open questions for mRNA vaccination during childbearing years for either parent. Here is what the authors concede is already confirmed by other research (emphasis mine):

Hundreds of millions of SARS-CoV-2 mRNA-LNP vaccine doses have already been administered to humans. However, we lack a comprehensive understanding of the immune effects of this platform. The mRNA-LNP-based SARS-CoV-2 vaccine is highly inflammatory, and its synthetic ionizable lipid component responsible for the induction of inflammation has a long in vivo [in the body] half-life. Since chronic inflammation can lead to immune exhaustion and non-responsiveness, we sought to determine the effects of pre-exposure to the mRNA-LNP on adaptive immune responses and innate immune fitness.

They found that pre-exposure to the mRNA-LNP platform has long-term impacts on both innate and adaptive immune responses. The adaptive responses initiated by the vaccine are inhibited for at least four weeks. The researchers recommend the second dose coming three months rather than three weeks after the first, and being injected far away from the initial injection site could overcome this problem.

However, the mice also displayed a decrease in a type of white blood cell called neutrophils. This deficiency made them more susceptible to candida albicans. That fungus is part of the normal flora that lives all over your body. If resistance to it is lowered, it causes yeast infections. The authors note that low blood counts of various types of cells are a side effect reported post-vaccination. They also state (emphasis added):

If our data can be translated to humans, it is anticipated that people might present with an altered incidence of certain infections. In line with this, a recent retrospective study found that vaccinated people might show a higher risk of infection than unvaccinated individuals 9 months post-vaccination. A potential sign of an immunosuppressed state comes from reports of viral reactivations and suspected infections in open-heart surgeries that could not be controlled even with long-term antibiotic treatments, resulting in several deaths. A surge in candidiasis, aspergillosis, and mucormycosis cases associated with COVID-19 has been reported.

The researchers also found some of the offspring inherited immune-altering traits. Oddly, it seemed to come from the father of the litter. That leaves a huge open question about how. A father contributes genetic material to his offspring.

Taken together, it appears mRNA and the LNP may be making inroads into systems in the body where barriers are supposed to prevent that from happening. And precisely how the paternal mouse passes the immune response anomaly to his offspring is still an open question. However, if we know researchers find mRNA and LNP throughout the body, including areas usually locked down, we should ask other questions too.

First, what does this mean for the blood supply? Is it possible for someone to be passed mRNA and LNP through a blood transfusion? If the mRNA and LNP can reach a person’s brain, they are cruising through the bloodstream. Do they remain in donated blood from a vaccinated person? Studies estimate the half-life of mRNA and LNP in the body is 20 to 30 days. That means it is not entirely gone for at least 40 to 60.

Next, body fluids, from tears to semen and everything in between, are made from components in the blood. Can a vaccinated person pass the mRNA and LNP to an unvaccinated person through blood and body fluids? Because the authors of the mouse study cite several ways that the inflammatory properties of the LNP can cause health problems. Another study shows corneal transplant rejection after vaccination. And Florida just recommended men under 40 not receive the vaccination, and several countries and the state of Florida have recommended healthy children not receive it. Yet it is possible that almost any unvaccinated person could get exposed to the mRNA and LNP through passive means.

We are living through the largest experiment in human health ever recorded during a time of the most oppressive censorship ever seen in the modern West. It may be decades before what they knew and when comes to light.