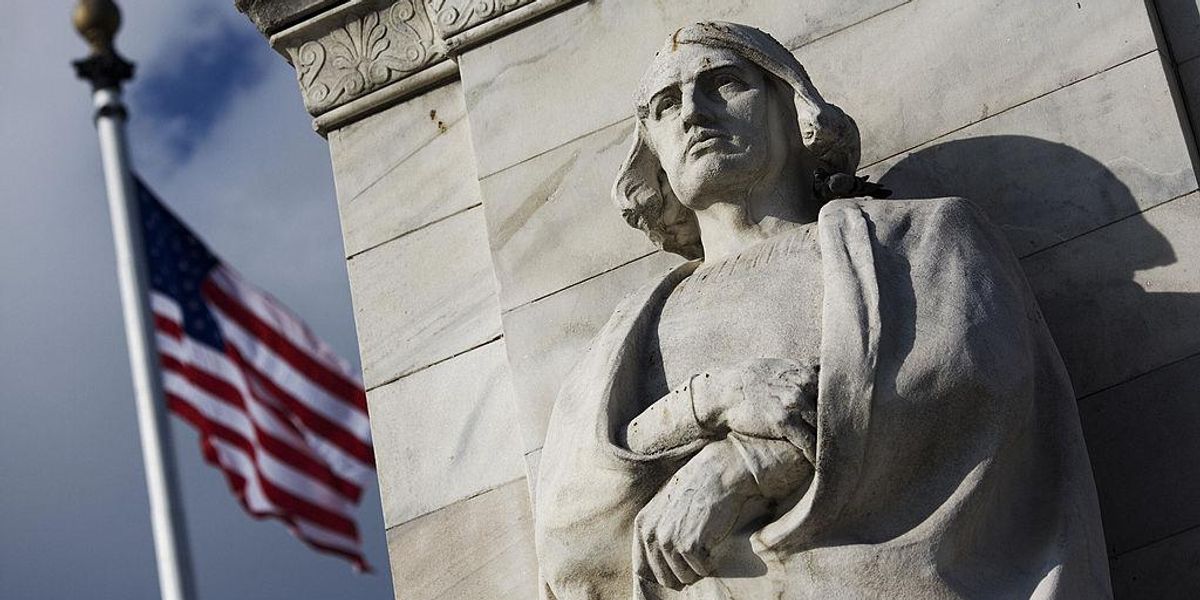 The late explorer Christopher Columbus has a higher net favorability rating among Hispanics in the U.S. than current U.S. President Joe Biden and Vice President Kamala Harris, according to a recently conducted poll.

The poll found that 53% viewed Columbus favorably while 24% viewed him unfavorably, giving the historical figure a positive 29% net favorability rating.

u201cWe conducted a national poll of Hispanics for @bienvenido_us.nnWeu2019re not surprised the same people who came up with u201cLatinxu201d think Hispanics donu2019t like Christopher Columbus u2014 and got it wrong.nnHave yu2019all considered asking Hispanics how they feel about issues? ud83eudd14u201d

“The national poll was conducted by WPA Intelligence in collaboration with Visto Media on behalf of Bienvenido. The study interviewed 1,086 Hispanics in the U.S. October 4-6, 2022 with a nationally representative sample that was calibrated to Census data to ensure its accuracy,” according to an infographic posted by Bienvenido.

The organization describes itself on Twitter as a “non-profit uplifting Hispanic communities through classic American values.”

“It is not surprising that the same people who think Hispanics like being called ‘Latinx’ have also assumed Hispanics are offended by Christopher Columbus — and got it completely wrong, again,” principal and managing Director of WPA Intelligence Conor Maguire noted, according to the Daily Wire. “In the future, maybe progressives should just ask Hispanics how they feel about issues?”

“When you juxtapose Christopher Columbus’ popularity among Hispanics with the misguided efforts to ‘cancel’ him by progressive activists and politicians, it shows how out of touch the far left is with our community,” Bienvenido president Abraham Enriquez said, according to the outlet. “The reality is that most Hispanics, especially those who are immigrants, view Columbus quite favorably.”