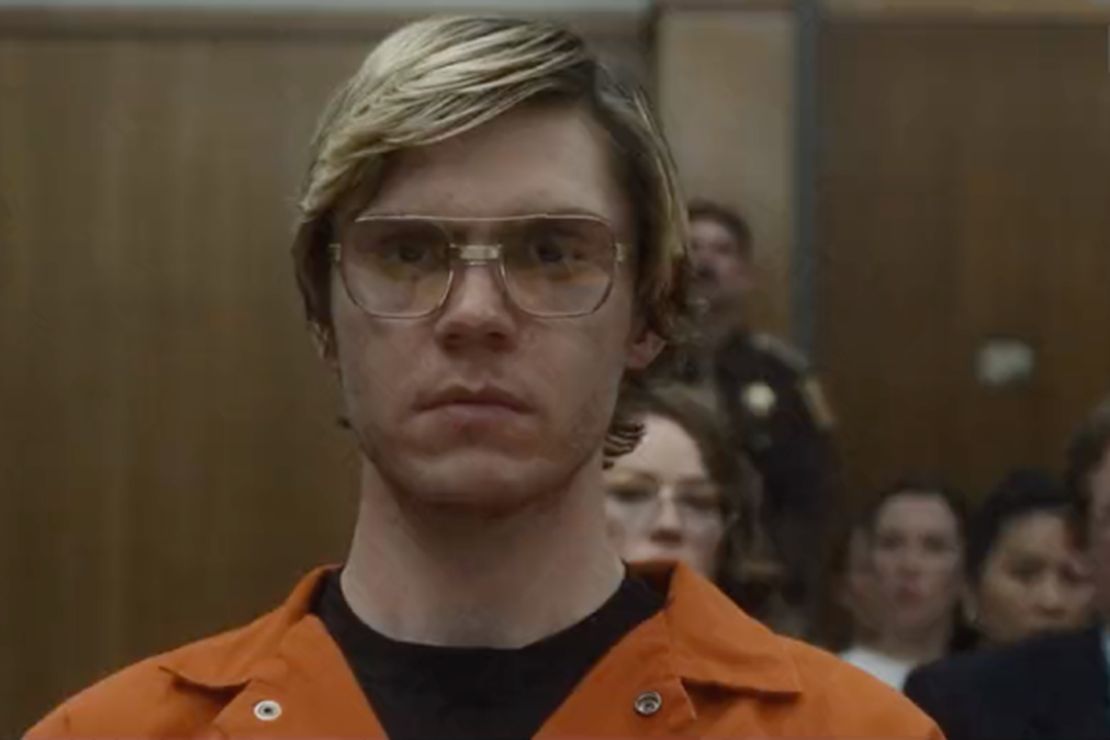 I’m so annoyed with myself for watching “Dahmer” on Netflix. Yes, it fits into the category of true crime that is my jam, but watching this awful thing has reminded me why I like documentary formats for true crime so much better than dramatizations. The real thing is dramatic enough.

But the main issue I have with the hit show is its blatant attempt to make Jeffrey Dahmer, a real-life Hannibal Lecter, a sympathetic character. Oh, well, he murdered seventeen innocent people and ate them because he was soooo lonley! Spare me, Hollywood. There is clearly no low to which you will not stoop to justify the unjustifiable. I would harbor a guess that there are millions of people in this country who are terribly lonely who have never bludgeoned anyone to death and then snacked on their liver.

And it’s not just one justification either, oh no! I had to sit through multiple scenes that conveyed to the audience that Dahmer was neglected at home, traumatized by his parents fighting, bullied at school, forced to live with his racist grandmother—”I didn’t know you had black friends, Jeff!”—and a victim of Big Beer. The message I received was: drink enough Budweiser, and you’re going to start craving some poor guy’s spleen cooked in butter.

RELATED: Harry and Meghan Versus YouTubers: Who Deserves Your Sympathy?

What is wrong with everyone? And particularly, what is wrong in Hollywood that this would not only get made but that audiences would eat it up? I understand the fascination with serial killers. I suffer from it too. But I do NOT want to see excuses for these psychos on screen. What I want is to find out why some people become crazed killers and others with similar challenges do not.

It could not possibly be bullying or beer or even taxidermy that led to Dahmer’s sickness, or everyone with similar experiences would be terrorizing gay bars and turning into cannibals. No! That’s not it! And maybe we will never know what it is that truly causes someone to become a predator, but could we please stop trying to blame this incredibly rare phenomenon on pedestrian challenges all humans face?

But of course, now that I’m more than halfway through it, I have to finish it. I hate every minute of it, but now I have to see how much worse it’s going to get. The only plus side of this whole thing is revisiting how the police responded to multiple calls from neighbors about Dahmer’s activities. It’s absolutely stunning how many times they should have arrested him but didn’t because they failed to do a proper investigation. The series tries to blame it on homophobia and racism, showing police giving deferential treatment to a white man over victims who were black or brown. Maybe that was true. Or maybe the same virus of incompetence and apathy that flows through many government operations today was there years ago too. I’ve been watching a story unfold on YouTube where a popular YouTuber had his trailer stolen. The person who stole it was photographed and ID’d, but the police haven’t arrested him and appear to be uninterested in even trying. Both the victim and the perpetrator are white.

Either way, the police involved in the Dahmer case screwed up royally. That part of the series is the only part that makes any sense to expose. But the series spends way more time examining the minutiae of Dahmer’s childhood and Dahmer’s feelings and Dahmer’s trials. WHO CARES ABOUT JEFFREY FREAKING DAHMER? Not me. I don’t care at all what his particular struggles and challenges were, and it felt like an assault on his victims to sit through a retelling of his pain instead of theirs.

RELATED: ‘Chelsea Follows Rap Music’ and Other Indignities Brought to You by Hillary ‘Box Wine’ Clinton

I’m not sure I’ve ever seen any movie or series that so unabashedly asks the audience to feel bad for the big bad monster while ignoring the victims and their families almost entirely. Who’s idea was this? And didn’t anyone say to the crew: maybe this is getting a little too Dahmer-centric?

Ugh. That’s the only response I can give to this attempt to entertain or terrify or—who knows what they were trying to do! It’s sad that this thing is one of the most-watched series on Netflix at the moment. Let’s hope they’re all just as horrified as I am by the fact that David Jacobson and David Birke thought their angle of Dahmer as a perpetual victim was a good idea.

An interview with Jacobson turned up this gem.

Whenever I told most people I was going to do a film about Dahmer they cringed and asked me why I would do that. “Are you sick?” I probably am, but I thought there were thousands of reasons to a film about Dahmer. It is so fascinating how a middle class guy in America became a sort of Aztec. Dahmer said at one point he should have been born an Aztec. Ultimately, I go back to the emotional issues. He killed men because he wanted to be close to them, not just to express an giant rage. He said he didn’t want them to leave him. This is what blew my mind. He was having feelings that most people feel and then acted on them in the most extreme way. Because I felt I was making a film about emotions and not just a film to give pure thrills or shock, I felt it was a worthwhile thing to do.

We don’t really know why Dahmer killed those men. All we have are his explanations to go on. How could anyone believe anything Dahmer ever said? Cracking the motives behind true psychopathic killers using them as the source is impossible because they are excellent liars. It’s absolutely probable that Dahmer told people he killed those men because he was lonely in order to elicit sympathy for himself when the truth was something completely different.

Jacobsen admitted wanting to make Dahmer a sympathetic character. “I was hoping people would see that Dahmer wasn’t just an evil monster, but a sick human being that you could have sympathy for.”

No. Sorry. I don’t. And I resent the attempt to make me feel sympathy for a psychotic cannibal who deserved whatever the justice system meted out to keep him away from the rest of us. Some people are like rabid dogs. That’s the best explanation I can come up with for Dahmer’s particular fetishes and actions. And like rabid dogs, those people ought to be put away and treated far away from everyone else forever. Yes, Dahmer was sick. But it was the kind of sickness that doesn’t get better and can’t be fixed. And we don’t need to romanticize the reasons behind that sickness for Netflix ratings.

Instead, the money that was poured into this thing should go into research to finally discover what makes a serial killer and how to diagnose one early because this bullying, loneliness, and beer theory is a big pile of steaming excrement everyone should reject.