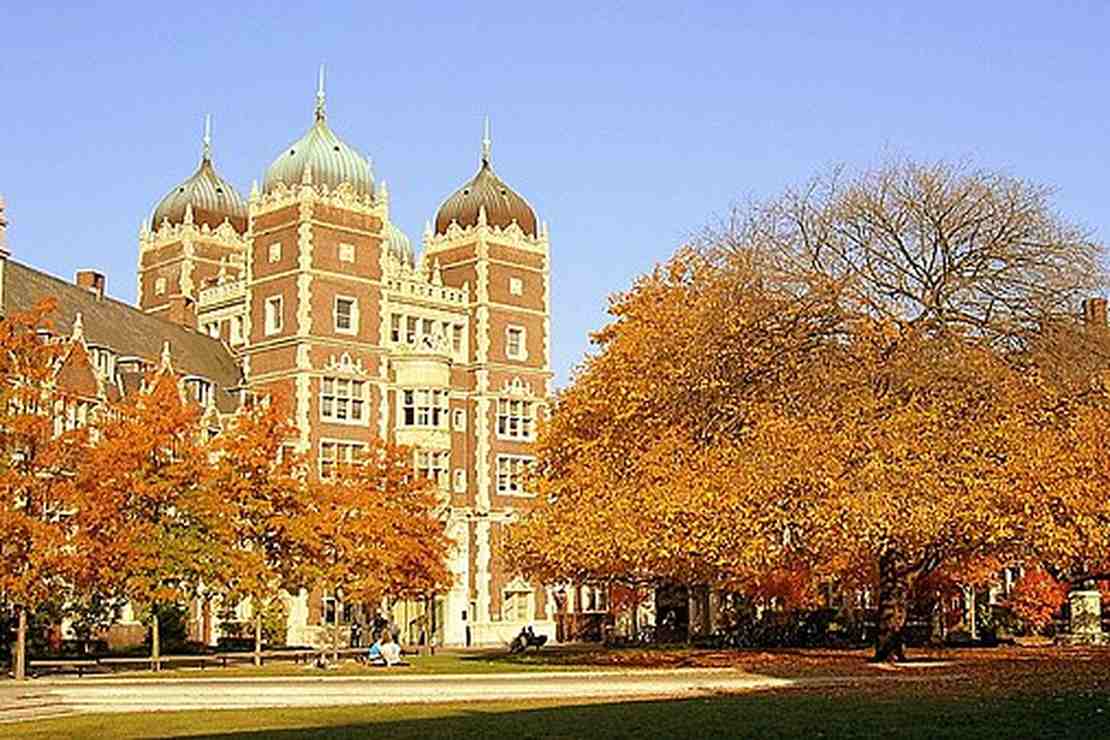 The other new degree on offer from the University of Pennsylvania’s Wharton School is in Environmental, Social and Governance Factors for Business (ESGB).

Wharton’s Corinne Low, assistant professor of Business Economics and Public Policy, says she’s “thrilled for (students) to be able to more formally pursue what is a passion for so many,” and both sides of that sentence are exactly what should concern you — but I’ll get to that in a moment.

Four years of undergraduate studies at UPenn will run you a grand total of $342,952 at this autumn’s rates. Next year’s will likely be higher, and so on.

So what does $580,000 worth of DEI or ESGB sheepskin qualify a graduate to do?

In short, to make it more difficult for anyone to get anything done at any of the major corporations all too eager to shell out big salaries and benefits to Wharton grads.

Minus the snark, here’s what an ESG officer does:

It’s like your company having a little in-house EPA official demanding that everyone fill out environmental impact statements in triplicate before using the john.

To give you an idea of what a DEI officer does — once again, minus the snark — let’s look at a fairly typical DEI job listing. This one is from the County of Riverside, Calif.

The Diversity, Equity, and Inclusion Officer establishes, supports, leads, and manages efforts to identify and eliminate structural and systemic bias in those areas where the County has control or influence (e.g., County employment, provision of County services, and contracting); develops and incorporates equity initiatives with the mission to embed equity, diversity, and inclusion principles, policies, and processes within all areas of the County of Riverside and performs other related duties as required.

Back to the snark: DEI and ESG are Human Resources harridans on steroids. Even with the snark, you know I hit the nail squarely on the head.

How is anybody supposed to ever get anything done with freshly graduated DIE and ESG toadies looking for ways to keep busy and justify their salaries?

That’s an excellent question, and coincidentally, Wharton’s news came to me just a few days after reading the latest Monday Note from “repented entrepreneur” Jean-Louis Gassée.

Jean-Louis Gassée worked in the tech industry for decades, starting at Hewlett-Packard in 1968, then directing Apple’s European operations before becoming head of Mac development. After leaving Apple, he launched Be Inc in 1990. The BeOS operating system was, during its short life, the envy of nerds like me everywhere.

Gassée recently had a long conversation with former IBM bigwig Les Kaye — aka “The Teacher” — about what made the once-mighty Big Blue into “the also-ran organization that we know today.”

Human Resources was the culprit. I had to make sure I heard right: Yes, HR caused IBM’s failure, not the company’s mishandling of the big changes that were brought by the minicomputer and then (after initially “getting it”) the personal computer. Asking for examples, I heard stories that sounded exactly like what I hear today when Valley friends tell me tales of woe at work. HR meddles, slows things down, can’t hire, can’t fire, makes life complicated instead of taking a load off the shoulders they’re supposed to support.

“Give someone power and they’ll use it, expand it,” Gassée warned. “And it’s not just HR itself that’s to blame. One hears of managers who have allowed themselves to be seduced into abdication, to HR, of basic leadership responsibilities such as hiring, firing, and performance review verdicts.”

As I already noted, ESG and DEI are HR on steroids. And like HR departments in the ’90s, they’re only now really getting their tendrils into the host organisms… er, organizations.

Businesses require fast decision-making and taking fast action to survive and thrive. The bureaucratic cruft from HR/DEI/ESG are fast-multiplying barnacles on the hulls of ships sailing in troubled waters.

Although it occurs to me that if we really want to slow Communist China down, we could try exporting our future Wharton grads.

WATCH: CNN Stunned As Their Narrative on Gay Club Shooter Gets Crushed
Don Lemon: ‘Hands Up Don’t Shoot’—Fake But Accurate!
Pennsylvania teenager accused of killing young girl, asking for help disposing of the body on Instagram
Column: Traumatic Executions vs. Therapeutic Abortions
Theft from Alabama Tractor Supply store skids to a halt as armed customer blows out getaway car’s tire: ‘Everyone is walking around with guns in Theodore’