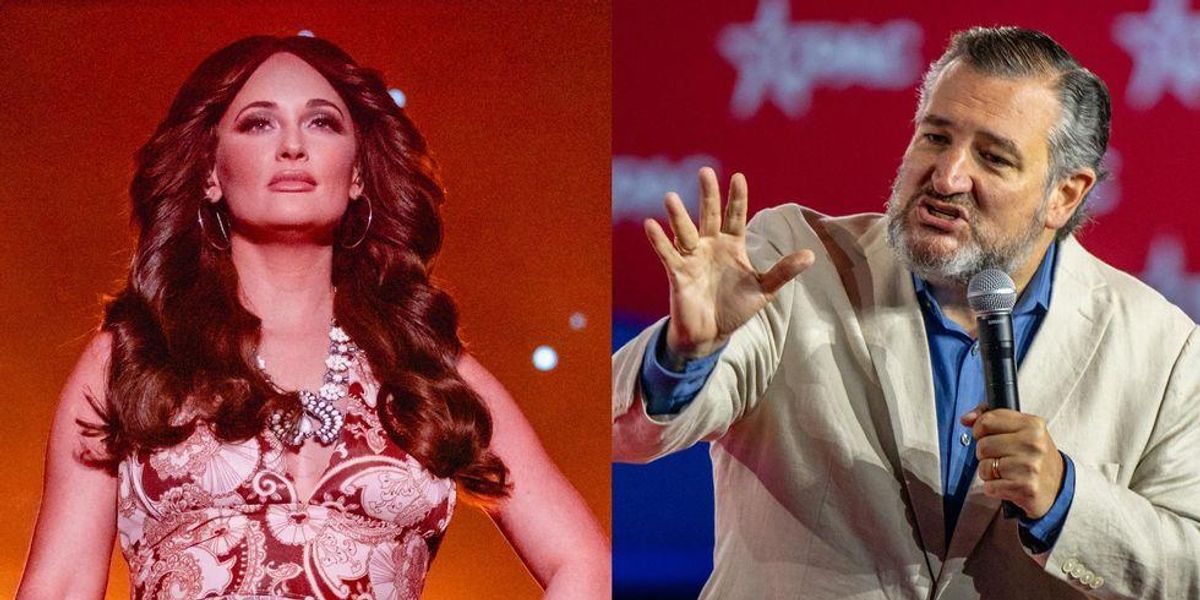 Singer Kacey Musgraves mocked Republican Sen. Ted Cruz of Texas during her set at the Austin City Limits music festival over the weekend.

Musgraves was in the middle of the song “High Horse” when she added Cruz’s name in order to provide her approving audience with some left-wing political commentary.

“‘Cause everyone knows someone who kills the buzz, every time they open their mouth—Ted Cruz,” she sang to a cheer from the Austin audience.

“I said what I said,” she added a moment later.

The moment was captured by one of the audience members and shared on social media.

Musgraves also criticized the U.S. Supreme Court according to a report from KXAN-TV.

“F the Supreme Court honestly. We’re in a weird time but we’ve got each other,” she said during the show. “There is a light. I promise.”

This isn’t the first time the Grammy Award-winning entertainer has taken aim at Cruz. After he was criticized for a trip to Cancun in Mexico during the winter crisis in Texas, Musgraves sold T-shirts mocking him with a “Cruzin’ for a bruzin’” design. She said that proceeds from the sale of the shirt would go to “Texans affected by the storm and also to homeless immigrants seeking shelter and food.”

She tweeted at the time, “Texas is cold, I can be cold,” with a link to the shirt.

In 2015, Musgraves was far more supportive of the Supreme Court after the ruling that all states must allow same-sex marriages.

“I just wanna say that – how great of a day is today?” she asked at audience at NPR. “So while we’re here, if it’s okay with y’all, I would love to do ‘Follow Your Arrow.’ I think it’s appropriate. Now that it’s all legal, I don’t have anything to sing about! But here we go anyway.”