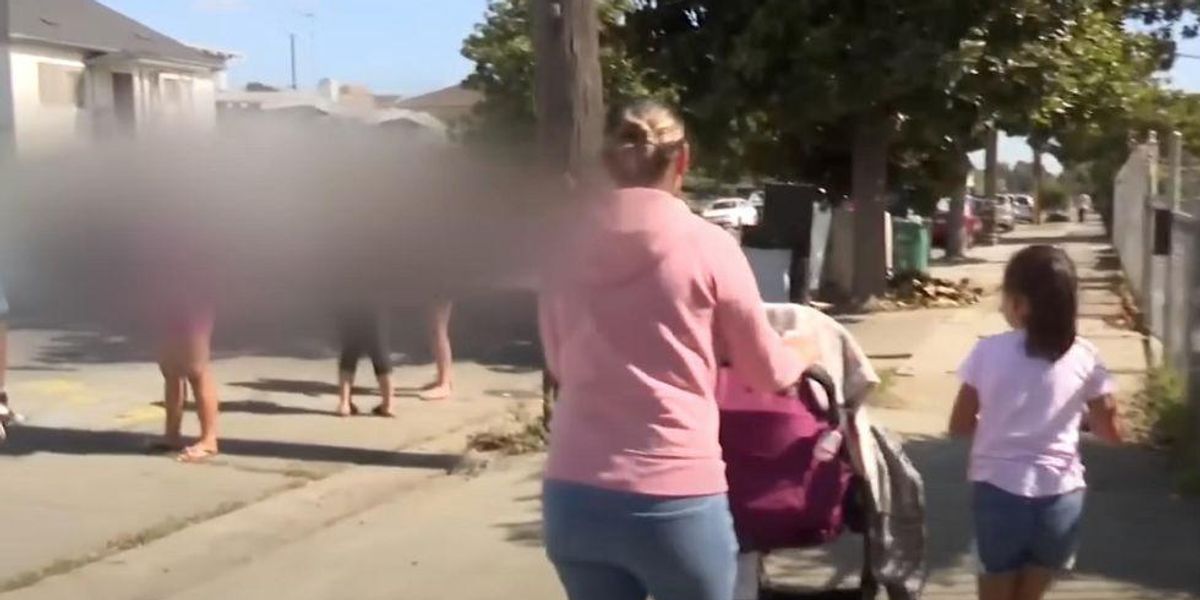 Residents in the city of Oakland are outraged at prostitutes working their neighborhoods in broad daylight after California Gov. Gavin Newsom signed a bill decriminalizing loitering for prostitution.

People living in the East 15th Street neighborhood are demanding that city leaders do something about the problem.

A news report from KPIX-TV showed prostitutes brazenly standing in the street soliciting customers while Estefani Zarate, a life-long resident, pushed a stroller alongside her child.

“I think it’s inappropriate but we can’t really do much towards them,” said Zarate.

She went on to say she was scared at what her young children witness in the neighborhood and says she often doesn’t have answers to their questions.

“It shouldn’t be introduced at the age of 4 years old that you’re going down the street and you’re seeing women dress like this,” said Marlen Zarate, Estefani’s sister.

Newsom signed legislation in July that deleted loitering for the purposes of prostitution as a crime. Proponents of the law said that the law was too subjective and police officers were targeting minority women, transgender people, and “non-gender-conforming people” disproportionately.

Oakland residents say that prostitution is a problem but so is the homeless crisis and gun violence. They’re demanding answers from several mayoral candidates who are seeking to win a November election. While some are promising to clamp down on crime, others are offering alternative solutions.

“Violence intervention and violence interrupters and violence prevention is equally or, if not more, important than the response only,” claimed councilwoman Sheng Thao, who is also running for mayor.

KPIX reporter Da Lin, who said he lived in that same neighborhood but moved over safety concerns, noted that the prostitutes weren’t even concerned about appearing on the news as they recorded their segment.

“I moved out because I didn’t want to raise a family in this environment, but a lot of neighbors tell me they can’t afford to move, so their only hope is that city leaders will stop this problem,” Lin reported.

Alameda County, where Oakland is located, is strongly liberal and voted 79.8% Democrat in the 2020 presidential election. Only 17.6% voted Republican.

Here’s the local report about the neighborhood sex workers:

Tom Hanks is selling coffee for a good cause
Ex-cop who allegedly killed man on mobility scooter to have manslaughter charge reconsidered by grand jury
Mike Pence Praises Elon Musk’s Plan To Release Censorship Files
Woke Hollywood Director James Cameron Calls Testosterone a “Toxin” That Must Be Expelled From System
‘Reckless driver’ crashes truck into two cars at a Walmart. Police said it was a dog with a ‘guilty look’ on its face.