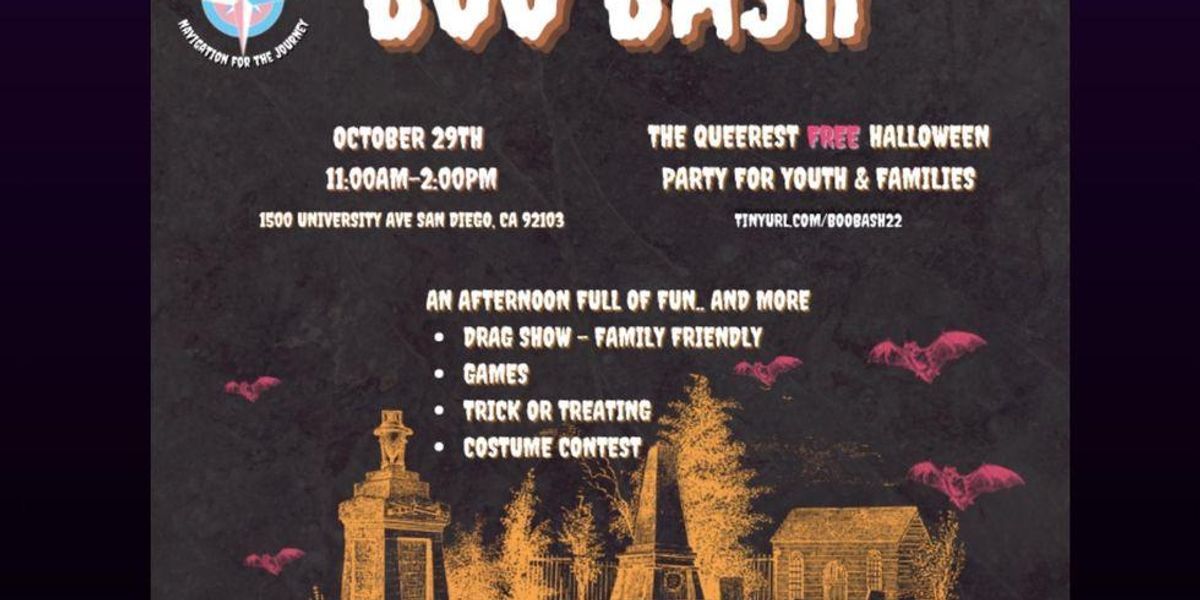 Parents in San Diego, California, are outraged over a flyer that was sent to public school children advertising the “queerest” Halloween party with a “family-friendly” drag show and sponsored by a gay bar and a gender reassignment surgery center.

The flyer for the show was sent to parents of students in the Encinitas Union School District using its email platform.

The event is being organized by Trans Family Support Services, a group based in San Diego that helps provide transgender support services for people across the country.

The flyer advertised a “family-friendly drag show” as well as other Halloween events like a costume contest and trick or treating.

The drag show was advertised as having a “Disney villain” theme and included the performers Razzle Dazzle Richards, Amber St. James, Naomi Daniels, and Mariam T.

The school district explained that the email went out through PeachJar, a service that offers optional information about other events in the district. It added that the emails contained the notice, “distribution of this flyer does not imply endorsement by the Encinitas union school district, its schools or staff and is distributed in compliance with federal and state law.”

Some parents are planning to attend the school district’s board meeting to protest the event and to denounce a comment made by a district employee calling them homophobes.

Attorney Paul Jonna told KGTV-TV that a concerned parent called him and that he was requesting information from the school district.

“A lot of people are just generally not comfortable with the idea of pushing drag queen shows on little kids but separate and apart from that I think the biggest concern with this event are the sponsors,” Jonna said.

“We submitted a public records request to find out more about their involvement, their communication with these sponsors and sort of this event,” he added.

He added that the event was sponsored by Align Surgical Associates, that advertises as offering “gender confirmation surgery for transwomen, transmen, non-binary, and gender diverse individuals.” He said another sponsor, Rich’s San Diego, advertises itself as “San Diego’s largest and most popular gay nightclub.”

Kathie Moehlig, the founder and executive director of Trans Family Support Services, said they will not cancel the show.

“We’re not going to back down from doing what we know is right and appropriate to support these youth and their families, just because some people think they can use it as their mega piece to get talking points and get attention,” said Moehlig.

Megyn Kelly, John Stossel Take on Liberal Media Bias, Envy, and Hatred
‘We can no longer say this is a pandemic of the unvaccinated’: CDC data indicates vaccinated, boosted people together make up majority of COVID-19 deaths
REPORT: Top Aide To John Fetterman Is Outspoken Court-Packing Activist
Former transgender Navy SEAL announces de-transition, says he was ‘propagandized’ and pulled into a ‘cult’: ‘Everyone is converting all these kids into transgender’
Will Four Trumpet Playing Brothers Bring Harmony to the Broken 2020 Election?