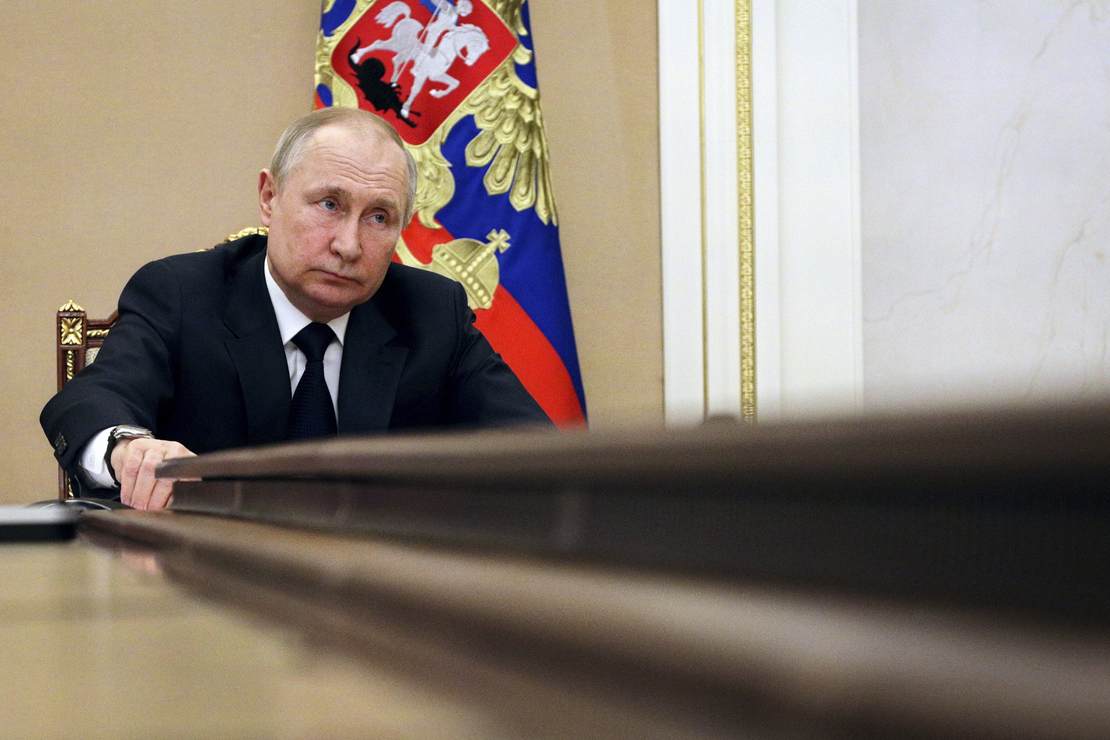 Back in 1989, I remember conversing with some friends in the military about the demonstrations that had just begun in East Germany. These were all junior officers who would be among the first soldiers to go to West Germany in the event of a war.

We all agreed that there was no possible way that Germany would ever reunite. The Soviet Union wouldn’t allow it and even U.S. allies like France and Britain would hesitate to strengthen the nation that took Europe into two wars in the 20th century.

Unthinkable? The demonstrations grew into a mass movement that Russia wouldn’t have been able to stop without massive amounts of blood being spilled. And despite reservations, France and Great Britain acceded to reunification.

The point is that just because we have trouble imagining something doesn’t mean it can’t come to pass.

Russia is in real danger of losing the war in Ukraine. This is despite a large part of their armed forces not yet being engaged in a war that President Vladimir Putin has described as an “existential” battle. Why is Putin holding back? Some analysts believe he’s holding the bulk of his forces in reserve to deploy against NATO. Others suggest the reserve divisions exist largely on paper.

Whatever the reason, what was once nearly unthinkable has become almost inevitable, according to former CIA chief in the ’80s John McLaughlin.

Militarily, the Russians have failed in their theater-level strategy — unrealistic estimates of the force required, an absence of senior enlisted leaders empowered to make decisions at the front, and a gross underestimate of the Ukrainian and NATO responses. The Russians have also failed on the logistical front — here, I take my cue from University of St. Andrews scholar Phillip O’Brien, who has studied World War II logistics more extensively than anyone I know. He believes that Russia will not be able to train its new raw (and perhaps unwilling) recruits adequately, nor equip them properly, in time to swing the battlefield momentum.

At every turn where Putin had a choice of what direction to take, he has chosen incorrectly. But that doesn’t matter in the long run. Russia will fight as long as Putin feels his position in Russia is relatively secure or until the elites who are propping up his regime with their support decide to withdraw it.

But there are some scenarios that would be impossible to spin into victory.

That said, the way things are going, “defeat” could look worse from the Russian perspective; Ukraine may push further and expel Russian forces from those territories Putin held prior to the war. It is harder perhaps to imagine a Ukrainian recapture of Crimea, which Putin seized in 2014, but even this is no longer out of the question.

It would be hard for Putin to spin any of these outcomes into “mission accomplished”; as Grid has reported, some of his most stalwart pro-war propagandists have begun questioning Russia’s performance and demanded that more territory be taken, no matter the costs to Russian soldiers. For many vocal and influential Russians, any of the above scenarios would be seen as an unacceptable humiliation.

The biggest worry, of course, is that Putin will go out and want to take Russia — and the world — with him. This is not unprecedented, as Hitler’s “scorched earth” order to Albert Speer in the last days of World War II shows. Hitler wanted Germany made into a wasteland as punishment for losing the war. To his credit, Speer refused to carry out the order, saving countless lives.

But Putin has the means to take everyone with him when he goes. And it would be hard to stop him if his loyal subordinates continued to obey his orders.

Whatever happens, Putin has brought Russia and Europe to a crossroads. And those who are looking ahead and trying to game out an ultimate solution to avoid nuclear conflict don’t know what road to take.