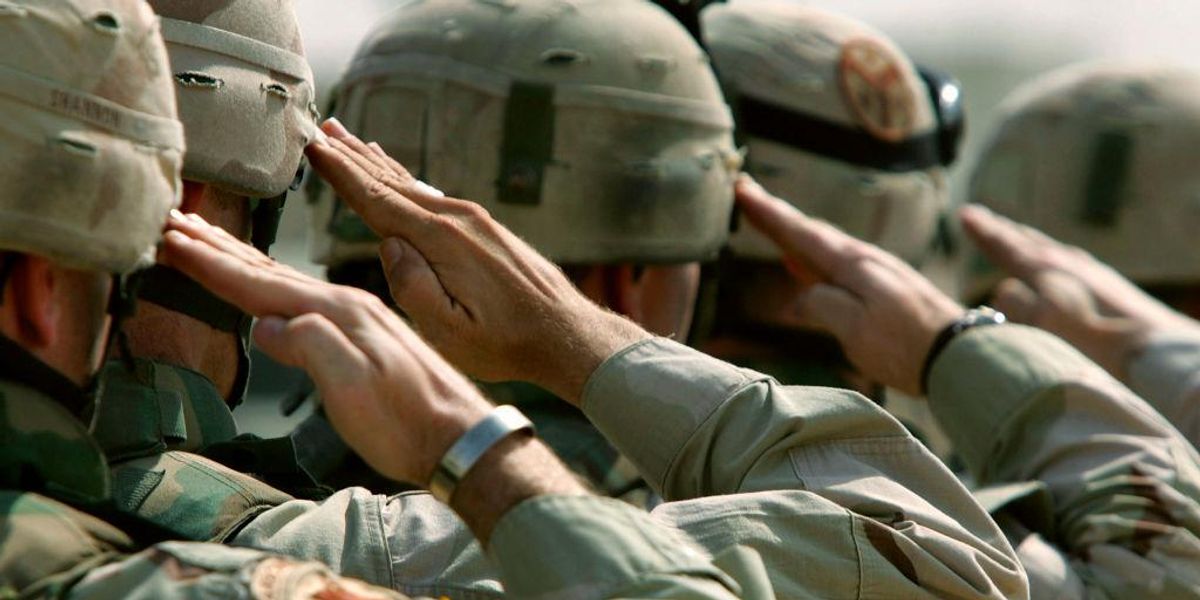 Would-be draft dodgers cannot simply pretend to identify a woman in order to duck their duties, because biological men who identify as women are still required to register with the Selective Service System.

“Almost all male US citizens and male immigrants, who are 18 through 25, are required to register with Selective Service,” the agency notes. “It’s important to know that even though he is registered, a man will not automatically be inducted into the military. In a crisis requiring a draft, men would be called in a sequence determined by random lottery number and year of birth. Then, they would be examined for mental, physical, and moral fitness by the military before being deferred or exempted from military service or inducted into the Armed Forces.”

While there has not been a draft in decades, Selective Service issued a tweet last week noting that young men are still obligated to register even if they are the last male to bear their family name.

“Parents, if your son is an only son and the last male in your family to carry the family name, he is still required to register with SSS,” the tweet noted.

The post earned significant attention on the social media platform.

In response to the post, Jenna Ellis commented, “What is a male?”

Someone else wrote, “For the purpose of SSS my son will identify as a girl starting with his 18th birthday. Checkmate fascist.”

u201c@SSS_gov For the purpose of SSS my son will identify as a girl starting with his 18th birthday. nnCheckmate fascistu201d

But even in the modern era when liberals regularly promote radical leftist gender ideology, it turns out that as far as Selective Service is concerned, when it comes to the possibility of a draft, “male” still means exactly what it is has always meant: a biological man.

“Until Congress amends the [Military Selective Service Act] or passes a separate law addressing transsexuals and gender identity, Selective Service must follow the intent of Congress when it required only males to register – the registration requirement is based on gender at birth,” the agency explains. “In the event of a resumption of the draft, individuals born male who have changed their gender to female can file a claim for an exemption from military service if they receive an order to report for examination or induction.”