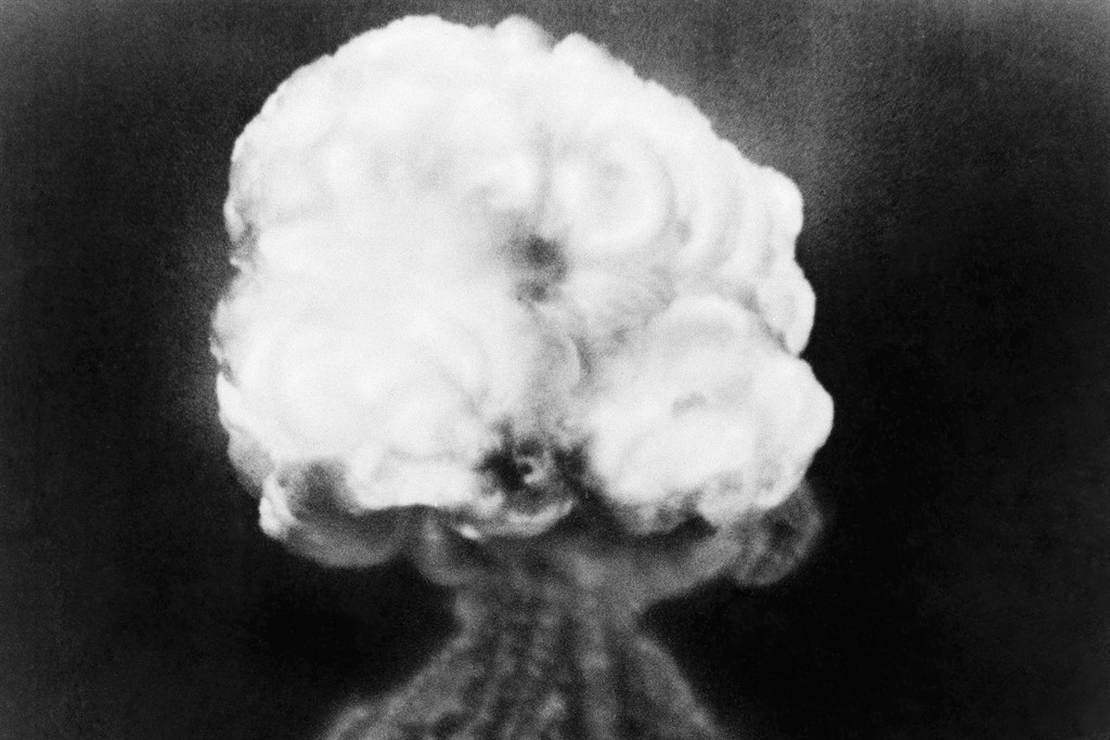 John Kennedy’s UN Ambassador Adlai Stevenson had been sitting for days in the small room in the Old Executive Office Building with other members of the EXCOM — the unofficial name given to those few people who knew that the U.S. and the USSR were careening toward a nuclear confrontation. The committee had been assembled after unmistakable proof had been obtained by U-2 spyplanes that Russia was putting intermediate nuclear weapons in Cuba.

Kennedy wanted those weapons out of Cuba. But he didn’t want to start a war to achieve that goal. It seemed an impossible task as scenario after scenario was run by the EXCOM, all ending in a nuclear exchange with Russia. And as the prospect of war grew and the time the committee had to decide grew short, tempers frayed.

Ambassador Stevenson proposed a controversial plan involving the United Nations and requiring the United States to remove its Jupiter missiles from Turkey as a quid pro quo to get Russian missiles out of Cuba. The removal of all weapons would be under the supervision of the UN.

Most of the members of EXCOM tore into Stevenson, calling him every name in the book — including a coward.

“Perhaps we need a coward in the room when we are talking about nuclear war,” Stevenson said.

There are no “do-overs” when it comes to nuclear war. What’s worse, there is no evidence, no logic that says once any kind of nuclear weapon is used, the war would not escalate into an exchange of strategic nuclear weapons.

Stevenson was right. Confronted by that, there needs to be at least one person in the corridors of power who has the courage to look like a coward and propose an alternative to Armageddon.

This is especially significant because Russian President Vladimir Putin has surrounded himself with advisors who actually believe a nuclear war can be fought and won.

Vladimir Zhirinovsky — the enfant terrible of Russian politics — was probably the first senior politician to casually toss around nuclear threats for fun and profit.

Zhirinovsky was widely seen as mentally erratic, but he was far from alone in his fondness for descriptions of the nuclear apocalypse. Not that the West took very much notice. No sane person in the West would make similar statements — not at least since the Dr. Strangelove movie and mass anti-nuclear protests in the 1980s. We came to believe that Russia shares the same views, that they “love their children too.” In fact, that sameness of outlook is questionable.

For many years, Russian state-owned media invested a lot of time and creativity in pushing the narrative that the country is still important because of nuclear weapons and their destructive capacity. In March 2014, shortly after the Crimea annexation, Putin’s top propagandist, the Vesti news anchor Dmitry Kiselev, proudly stated on air that President Barack Obama continued to seek Putin’s attention because “Russia is the only country that can turn the US into radioactive ashes”.

Biden says Putin miscalculated in invading Ukraine but is still a “rational actor.” But what about his advisors? And why is Putin’s government consciously preparing the Russian people to fight — and win — a nuclear war?

Where’s the “coward in the room” in the Kremlin?

While nuclear war remains unthinkable for Americans, for at least some Russians, it’s a viable scenario to achieve victory. But how could we ever get to a point where both sides are ready to launch?

Jeremy Shapiro is the director of research at the European Council on Foreign Relations and games out scenarios for nuclear war.

War on the Rocks:

No rational or even sane leader plans to start a nuclear war. And for all of the Russian regime’s risk taking, it does not show signs of suicidal tendencies. The essence of the problem is more insidious than mere insanity: Once an escalatory cycle begins, a series of individually rational steps can add up to a world-ending absurdity. In Ukraine, both sides have publicly pledged that they cannot lose this war. They hold that doing so would threaten their very way of life and the values that they hold most dear. In the Russian case particularly, a loss in Ukraine would seem to threaten regime survival and even the territorial integrity of the country.

Shapiro believes we’re already on the path to destruction — and he makes a chillingly convincing case for war.

Send in the cowards.

Unvaccinated blood sees demand increase all around the world
Democrat claims her child woke up with ‘nightmares’ over climate change — but no one is buying it
NBC Marks 1 Year Since Waukesha Attack, Omits Racist Motive
Watch: Fox News host confronts Biden spokesman over why the White House appears more concerned about Twitter’s openness than about Apple’s collusion with totalitarian China
DELUSIONAL: Hillary Clinton likens PRO-LIFE movement to using ‘rape’ as a ‘tactic of war’