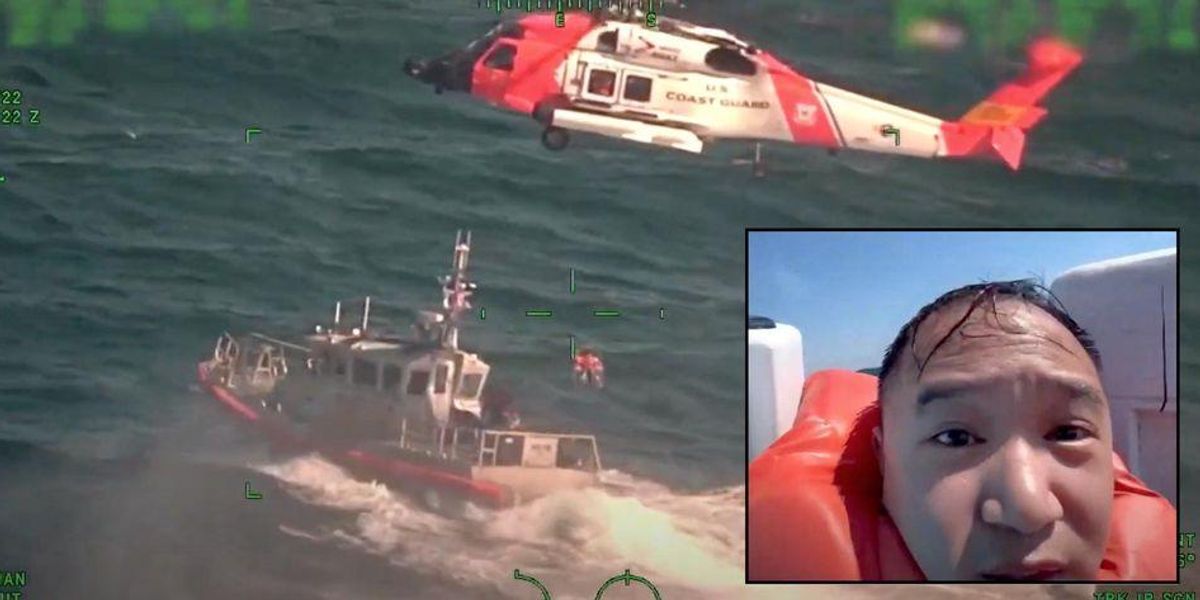 Three fishermen were rescued by the U.S. Coast Guard after their boat sank and they were stranded in the Gulf of Mexico about 25 miles off of the Louisiana coast while sharks bit at them.

The three men launched a 24-foot boat out early on Saturday, but at about 10 a.m the boat had engine problems and began to sink. That knocked out their sources of communications.

Family members grew concerned that they hadn’t heard from the men, so they called the Coast Guard. They quickly organized a search but realized it was a daunting task given the large area they would have to cover.

A break in the case came when the mobile phone of one of the boaters suddenly caught reception. The man was able to shoot off a text asking for help.

“Hey my boat sank I’m floating in the middle of the Gulf,” the text read, according to one rescuer.

By the time they were found, they were all suffering from hypothermia.

Rescuers said that they saw four sharks circling the men, and that there was evidence of bites on their hands and one life jacket torn apart by the sharks.

Luan Nguyen talked to WWL-TV about the ordeal.

“The head part was in front of me and the shark from just out of nowhere bit the vest. So, I pushed the shark and then I tried to push his nose,” said Nguyen by phone.

The three men were air-lifted by a Jayhawk helicopter at about 1 p.m. on Sunday and taken to a local hospital.

“We searched an area roughly the size of Rhode Island and are thankful to have found these missing boaters,” said Lt. Cmdr. Kevin Keefe, a Rescue Mission Coordinator. “If the family member had not notified the Coast Guard, and if these three boaters were not wearing life jackets, this could’ve been a completely different outcome.”

The three men hugged each other after they were rescued and then promptly fell asleep out of exhaustion.

One of the family members of the men is the owner of the Olive Branch Cafe and offered free meals to Coast Guard members for the rest of the week out of gratitude.

Here’s more about the shocking incident: