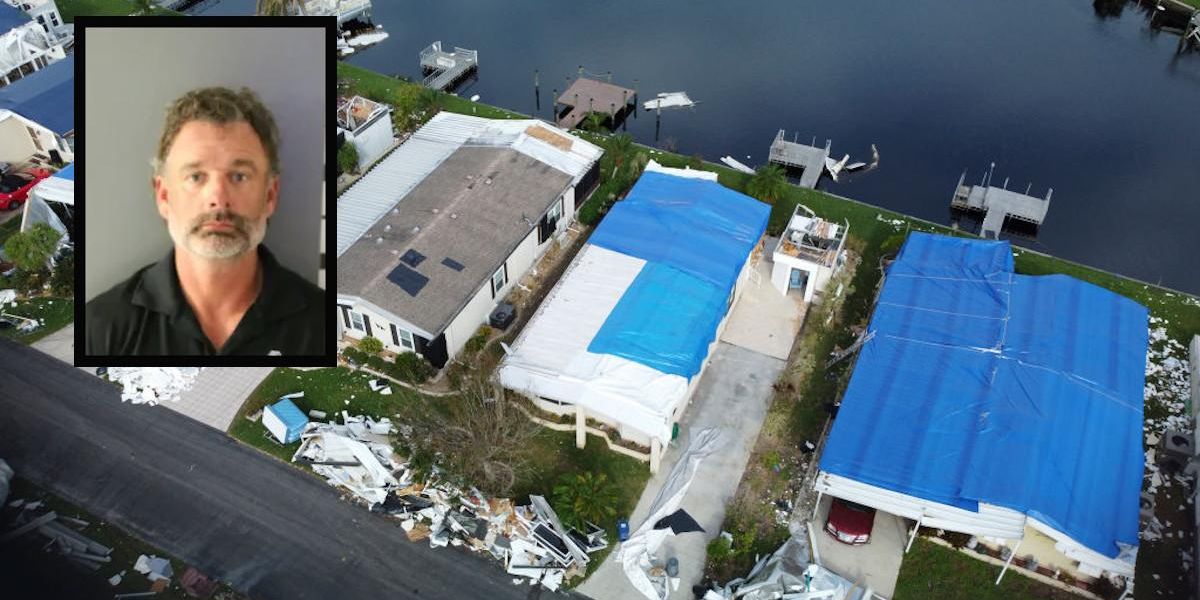 A Texas roofer was arrested in Florida for repairing homes without a license in what critics are calling an egregious case of no good deed going unpunished.

Duque is a licensed contractor in Texas. His business was founded in 2008 and is a Platinum Preferred Contractor of the national roofing supply company Owens Corning. He and other Duque Roofing employees traveled to Florida in the aftermath of Hurricane Ian believing that Gov. Ron DeSantis had permitted out-of-state contractors to conduct business in Florida to speed up recovery efforts.

The company has previously assisted with hurricane relief and its website says that employees provide tarps, food, and water for those impacted by severe storms. Posts on social media show that Duque Roofing held a BBQ on Oct. 9 with the help of Miami-Dade County police.

But Duque was arrested after an investigator with the state Department of Business and Professional Regulation informed a Charlotte County detective that Duque Roofing had illegally agreed to a contract with a local homeowner. The homeowner said he met with a Duque Roofing employee at the Community Center on Cape Haze Blvd, received an estimate from the employee at his home, and agreed to a written contract for for repair, according to the sheriff’s office.

Authorities then spoke with Duque, who said his company came to Florida to help repair homes damaged by Hurricane Ian.

“Duque advised that he read the Governor’s State of Emergency order regarding contractors, and that he understood it to mean that contractors from out of state were permitted to work in Florida,” the sheriff’s office said. “He went on to say that an employee had made contact with the DBPR and that the representative had given him permission to conduct business in Florida, though he could not provide the name of the representative.”

But the investigator told Duque he was mistaken. DeSantis’ executive order only applied to contractors already licensed in Florida. He was arrested for performing work illegally and transported to the Charlotte County Jail without issue, the sheriff’s office said.

If convicted on a felony charge, Duque could face up to five years in prison. If charged with a misdemeanor, he could still be imprisoned for up to one year.

“Ignorance is not an excuse,” Prummell said in a statement. “If you are in Charlotte County, doing business with the people of this community, you had better be on the up-and-up and have the appropriate licensing and insurance. These people have been through enough, and I will not allow unlicensed contractors to further victimize them.”

The Florida Department of Business and Professional Regulation celebrated the arrest on Twitter, but was blasted in the replies by people who thought the arrest was unfair.

Shoshana Weissmann, the digital director for R Street Institute and an expert on occupational licensing, slammed the arrest as an “egregious” example of why states need to adopt universal licensing recognition.

u201c1) They ARE licensed. But licensing doesn’t easily transfer across states in most cases. Universal licensing recognition is changing this. Also in emergencies it’s very normal for govs to waive certain license or residency reqs to allow professionals from other states to helpu201d

“EVEN if he was in the wrong under the law, REALLY? THIS IS THE GUY YOU WANT TO MAKE AN EXAMPLE OF?” she wrote.

The Institute for Justice, a public interest law firm, cited Duque’s case in a call for Florida to adopt “alternatives to licensing” that would speed up storm recovery.

“The Department of Business and Professional Regulation does not appear to realize that it is the bad guy here,” IJ Florida managing attorney Justin Pearson said. “When safe, successful businesses come to Florida to help with the recovery after a hurricane, the last thing DBPR should want is for the workers to be arrested and charged with a felony.”

The group pointed to a 2004 study that examined Florida’s response to Hurricane Frances and concluded that a decision at the time to permit out-of-state roofers to work in Florida benefited recovery efforts.

“DBPR is punishing people for trying to help the same way that they helped after past hurricanes,” Pearson said. “In the process, DBPR is slowing down Florida’s recovery from Hurricane Ian and is making the Sunshine State less safe.”