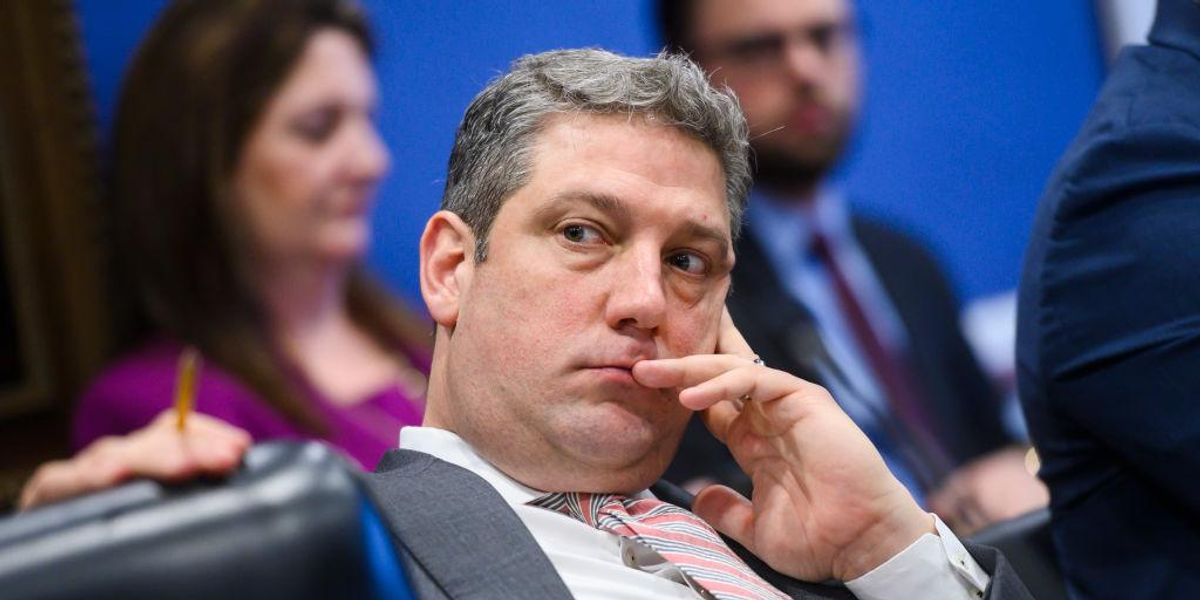 Google has plastered a warning at the top of search results about a story concerning a Democratic candidate in a competitive race, prompting speculation that the Big Tech giant is attempting to affect the outcome of an election.

On Thursday, the New York Post published a story demonstrating that U.S. Senate hopeful Tim Ryan had, in recent memory, expressed support for ending the practice of cash bail for suspected criminals.

Ryan is a Democratic congressman from Ohio who briefly campaigned for his party’s presidential nomination in 2019. At a primary event held in New Hampshire that year, Jeanne Hruska, the political director for the ACLU of New Hampshire, asked Ryan whether he would support ending the practice “nationally.” Ryan replied:

“Yeah, I think the bail system is inherently unfair and what it does is it sets people down a spiral of not being able to go to work, not being able to take care of their kids, then you have adverse childhood experiences, and all of a sudden a parent is not at home.”

Ryan also compared cash bail to another controversial issue at the time, separating “kids … from their parents” at the U.S. southern border.

“So I would be for eliminating” cash bail, he concluded.

The clip did not garner much notice at the time, possibly because Ryan was not seen as much of a contender in that race. However, Ryan now finds himself in a tough Senate battle against Republican J. D. Vance, who has made public safety and addressing the illegal immigration crisis major campaign issues.

In a recent debate, Vance suggested that Ryan’s permissive policies regarding illegal immigration contributed to horrific crimes, like the rape of a 10-year-old girl.

Now that violent crime has risen considerably in the last few years, thanks in part to policies like cashless bail, Ryan’s previous support for ending cash bail may not play well with voters in Ohio. And Google now seems to be running interference to keep them in the dark about it.

Googling some variation of the phrase “Tim Ryan cash bail” immediately prompts a masthead warning that suggests certain sources listed beneath it — which include the NYP and National Review, a noted conservative site — may not be “reliable” and that readers should “check” them first or “come back later” when other, more “trusted” outlets may have reported on the topic.

This warning from Google has caused many to recall that, two years ago, just weeks before the contentious 2020 presidential election, many major news outlets and Big Tech platforms suppressed the NYP bombshell report about a laptop previously owned by Hunter Biden, the son of then-candidate Joe Biden. The laptop contained a treasure trove of compromising material, both about Hunter and perhaps even his father, and polls now indicate that if voters had known about that story before Election Day 2020, former President Donald Trump would still be in the White House.

Now, some on the political right wonder if Google is attempting to censor potentially compromising information about Ryan to increase his chances of winning.

Woke German Soccer Team Focused on Politics Instead of the Game, Delivered Shock Loss By Japan
Musk Says De-platforming Trump Was A ‘Grave Mistake’
Where Should Republicans Start With Impeachments Next Year?
This year, and every year, I am most thankful for family
Same Dismal Pattern: CBS Only Mustered One Hunter Biden Story, ABC and NBC Fail to Notice