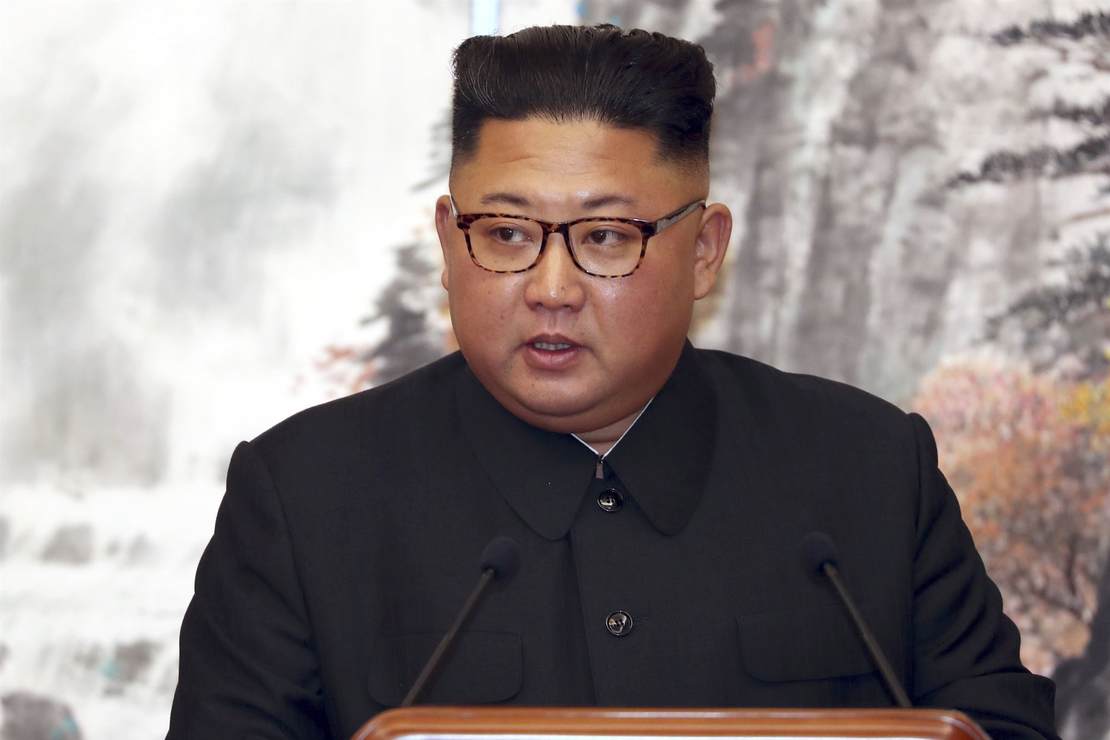 As all eyes are on Ukraine and the nuclear brinkmanship game being played by the U.S. and Russia, there is another nuclear power that apparently can’t stand being left out of the game.

North Korea’s “Respected Comrade” Kim Jong-un has been demonstrating his manhood by launching dozens of missiles of various sizes just to remind everyone that he has nukes too and the world needs to pay attention to him.

We don’t take him seriously at our peril.

It’s not that North Korea is a threat to the U.S. mainland. But they could reduce South Korea to ashes in a matter of minutes. And just to let everyone knows he’s thinking about it, Kim held a series of exercises — including a simulated use of nuclear weapons — to “hit and wipe out” potential South Korean and U.S. targets, state media reported Monday.

Leave it to Kim to run toward a gasoline dump with a lit match.

Very quietly, the North Koreans have created a law on the “state policy on the nuclear forces.”

It sets out the conditions under which North Korea would use nuclear weapons. In broad and vague terms, the law cites “taking an upper hand in a war” and being “inevitably compelled and cannot help but use nuclear weapons” as reasons to resort to the ultimate weapon.

In outlining a fairly open-ended approach to nuclear action, Kim has escalated the rhetoric and attempted to normalize the right to strike first. It lays the groundwork for using any “hostile” move by South Korea – which the regime defines broadly as anything between criticism of its human rights violations to combined defensive military exercises with the United States – as as a pretext for preemptive nuclear strikes.

Kim appears to be arguing that it is his right to use nuclear weapons whenever he deems it necessary. It is a truly frightening prospect.

Putin’s near-normalization of nuclear threats makes Kim’s bombast seem less cantankerous and more viable. That’s been the problem all along with this loose talk about using nuclear weapons from both Putin and Biden. Talking about nukes demystifies them and lessens whatever taboo comes with the use of nuclear weapons.

It’s been the worry of policymakers since the 1960s that removing that taboo of “normalizing” nuclear war would start a chain of events that might not be stopped.

“Putin and Kim feed off each other, routinizing the right to nuke a peaceful neighbor by repeating it without repercussion,” said Sung-Yoon Lee, an expert on North Korea at Tufts University’s Fletcher School of Law and Diplomacy. “Putin’s threats sound more credible than Kim’s, as there is bloodshed in Ukraine every day. But Kim’s threats must not be dismissed as empty bluster.”

After more than 40 missile launches this year — its most ever — there are a host of fresh signs that North Korea is becoming more aggressive in making its nuclear bombs the centerpiece of its military.

Kim has been issuing blood-curdling threats against the South and against the U.S. since he took over for his father, Kim Jung-Il, a decade ago. But it’s only recently that his threats have become specifically nuclear. If Kim stays true to form, he will find a way to climb down from the nuclear ledge and make some gestures toward reducing tensions.

But in these times, he’s just as likely to escalate as he is to stand down.

‘Reckless driver’ crashes truck into two cars at a Walmart. Police said it was a dog with a ‘guilty look’ on its face.
Is Trump Having a Kanye-like Meltdown?
Doocy, Wegmann, Friends Grill WH Over Their Weak Support of China Protests
Woke Pastor Says “Spirit of God Will Arrest(?)” People To Vote For Democrat Sen. Raphael Warnock
The Fringe With Megan Fox, Episode 110: Shocking New Details of Government Incompetence in Ohio Rape Case