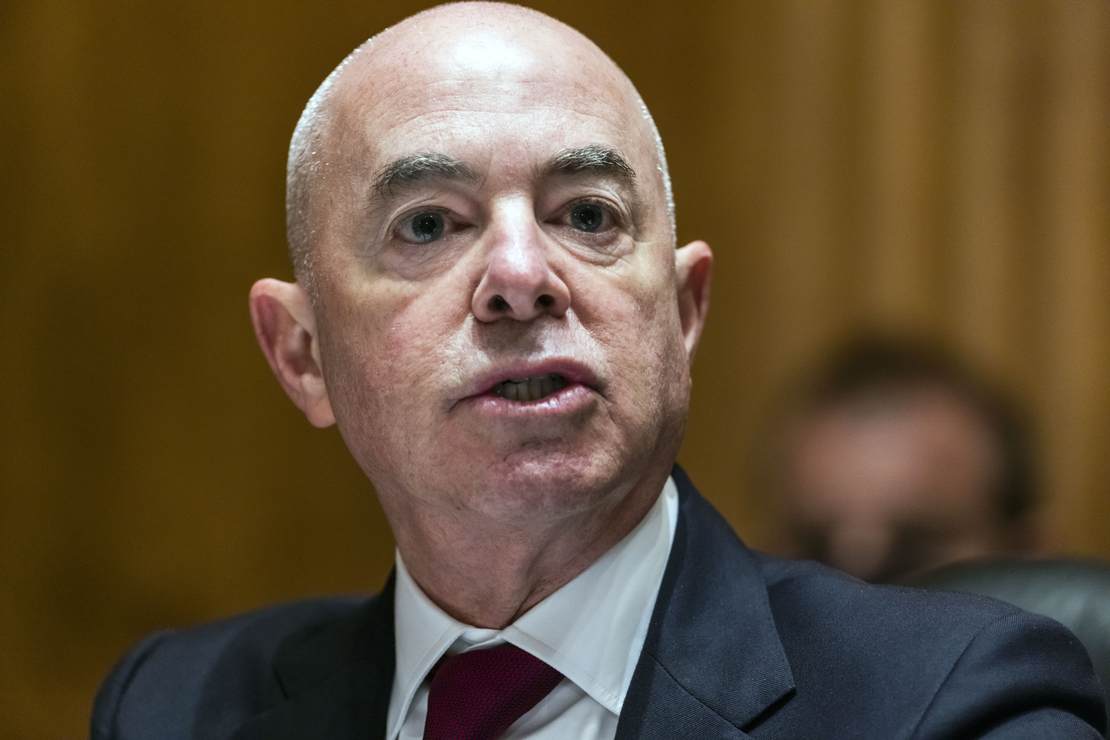 Homeland Security Secretary Alejandro Mayorkas, simply speaking, was caught in a scandal this week that he could have easily avoided simply by telling the truth at the proper time. Instead, he chose to lie for the sake of political expediency, and for that, he should resign. Immediately.

While several ongoing issues warrant Mayorkas’ resignation, they mostly all center around the crisis at the southern U.S. border. Sure, he’s let the border situation spiral out of control under the direction of President Joe “Open Borders” Biden, but perhaps his most egregious misdeed during his time as DHS secretary came last year when he tossed a couple of hard-working, law-abiding U.S. Customs and Border Protection (CBP) agents under the bus by allowing the patently false narrative that they “whipped” Haitian migrants, who had just arrived in Del Rio, Texas, to spread across the media.

Most of the White House seized on the narrative at the time, condemning the agents for “whipping” or “strapping” the migrants. Several video clips and photos emerged that seemed to corroborate the story until it was quickly debunked.

In fact, the agents were simply deploying a standard crowd-control technique by using the split reins to control their horses around the rush of Haitian migrants pouring across the river.

However, that didn’t stop the United States president and his Merry Men from using the moment to bolster their race division tactics.

Even worse was Mayorkas’ statement on the matter, especially now that we know, thanks to a Freedom of Information Act request filed by the Heritage Foundation, Mayorkas already knew the situation had been grossly misconstrued, thanks to evidence from a photographer at the scene who witnessed the event in real-time. Mayorkas decided to release a damning, anti-border-patrol statement anyway, even deploying the Dems’ favorite phrase, “systemic racism.”

“In the midst of meeting these challenges, we, our entire nation, saw horrifying images that do not reflect who we are, who we aspire to be, or the integrity and values of our truly heroic personnel,” DHS Secretary Mayorkas says. pic.twitter.com/nAhawZK47C

“In the midst of meeting these challenges, we — our entire nation — saw horrifying images that do not reflect who we are, who we aspire to be, or the integrity and values of our truly heroic personnel in the Department of Homeland Security,” Mayorkas said at a White House news conference.

“The investigation into what occurred has not yet concluded. We know that those images painfully conjured up the worst elements of our nation’s ongoing battle against systemic racism.”

A Fox News exclusive story — an absolute bombshell — revealed this week that Mayorkas is a nasty, lying piece of work who chose race-baiting an entire nation over telling the truth:

EXCLUSIVE: Homeland Security Secretary Alejandro Mayorkas was told that the photographer who captured a clash between Border Patrol agents and Haitian migrants in Del Rio had said that the incident was being misconstrued – hours before Mayorkas joined a White House press conference where he didn’t challenge the false narrative.

The Sept. 24, 2021 email, obtained by the Heritage Foundation via a Freedom of Information Act request (FOIA), shines light onto internal deliberations surrounding the controversy in Del Rio, Texas, where Democrats and the White House pushed a narrative that migrants had been “whipped” or “strapped” by Border Patrol agents despite it being quickly debunked.

Secretary Mayorkas went on TV and scolded the border patrol calling it “horrifying” and an act of “systemic racism.”

Emails show he knew it was fake hours before he went on TV 👇https://t.co/GrQ9uWOqDI pic.twitter.com/l0Fp0k8dsB

Mayorkas was sent an email by Marsha Espinosa, an assistant secretary for the DHS public affairs office. The email said that the photographer told El Paso TV station KTSM that “things are not exactly what they seem when it comes to the photos.” The email said that when viewed from a certain angle, someone might think that the agents were whipping the migrants, but in fact, no one was ever whipped. The people who were seen running were trying to get past the agents.

In other words, Mayorkas was 100% fully aware that what he would say about the CBP agents just hours later to the entire country was completely fabricated. What a sickening lie. A lie that shattered the reputation of his own agency and that of the hardworking men and women who make up the ranks of the U.S. Border Patrol.

If this had happened under former President Donald Trump, firings would have occurred within hours. But since the Biden administration is clearly terrified of firing anyone, even its lowest-performing people, it’s up to Mayorkas to cowboy up, preserve whatever tiny shred of dignity he might have left, and resign from his Cabinet position immediately.

If he doesn’t hang it up right now, then he’d better start saving his pennies for a legal defense fund, as the word on the street is that he’s on the impeachment chopping block for when Republicans take back control of the House, and hopefully the Senate, after the 2022 midterms.