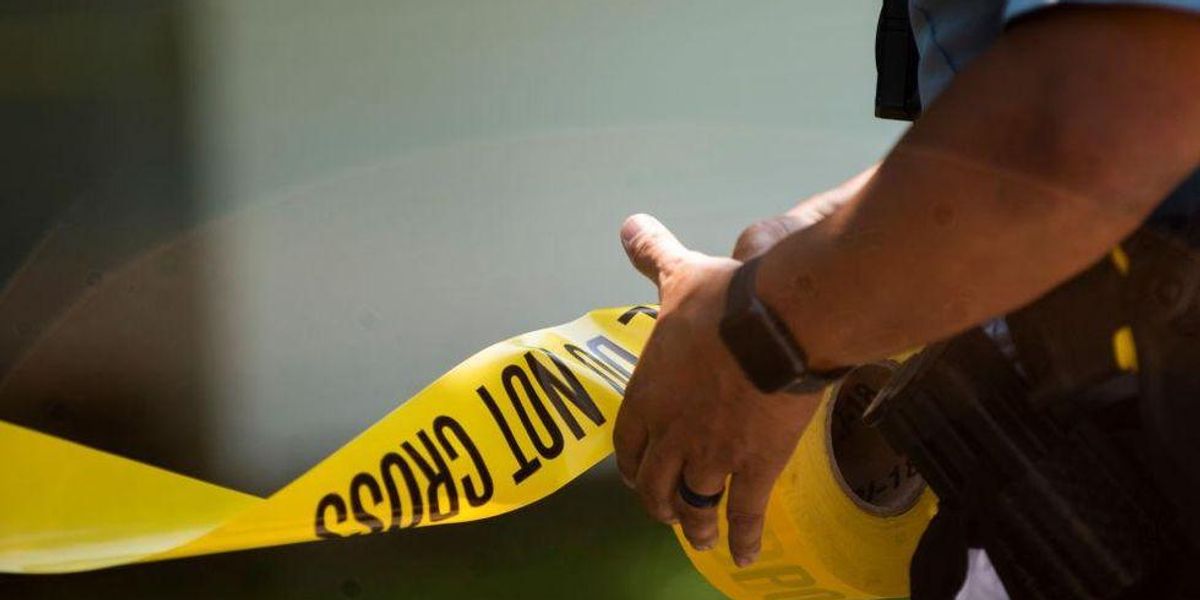 A repeat felon allegedly brutalized a woman so severely for wearing a shirt emblazoned with the American flag that police “couldn’t see her eyes.”

On October 2 at approximately 4:15 a.m. in Mankato, Minnesota, law enforcement received a bloodcurdling call from a woman. Thumping noises and a man’s voice were reportedly audible in the background. First responders rushed to the scene to find a bloodied female victim and evidence of a ghastly attack.

According to the court complaint, when police arrived, the victim was soaking wet and bleeding profusely. Her face was swollen to the extent that officers reportedly could not make out her eyes. Broken plastic was strewn across the kitchen floor, which was also soused with water. Several cracked cell phones were on the floor amid the debris.

The victim told officers of the Mankato Department of Public Safety that upon seeing her in the American flag shirt, 23-year-old repeat felon Paul Peter Jal choked and punched her.

Jal allegedly tore a towel tack out of the wall and stabbed the victim, threatening she would “die tonight.”

It soon became clear why there were multiple broken phones on the floor. The victim had tried calling police on two occasions: first on another victim’s phone, and then on her own. Jal destroyed both.

Jal, who remains at large, has been charged with: 2nd degree assault with a dangerous weapon; 3rd degree assault inflicting substantial bodily harm; threats of violence; interrupting or impeding with a 911 call; and property damage.

This was not his first run-in with the law.

The Free Press reported that in December 2019, Paul Peter Jal was stopped around midnight by a State Patrol trooper for having a headlight out. Unbeknownst to the trooper, Jal had outstanding warrants for his arrest, including one for domestic assault and another for theft.

The trooper detected the smell of narcotics, and began to search Jal, but the felon ran off and around a nearby building. He quickly circled back and climbed back into the driver’s seat.

The trooper attempted to pull Jal out of the vehicle, however Jal began to drive way. Keen not to be dragged by the car or run over, the trooper fired his stun gun. Despite one of the prongs finding Jal, the felon managed to escape.

Law enforcement later tracked Jal down and arrested him.

On December 30, 2020, Mapleton Police Department officers were investigating Jal for having made possible threats. They tracked him down to a vehicle with expired tabs and possibly illegally tinted windows. When officers tried to stop Jal, he accelerated, ultimately losing control and crashing into a snowy boulevard. Despite the crash, Jal managed to get the vehicle back onto the road, and continued to evade police.

After blowing through a stop sign, he spun out once again, crashing into an embankment. With the vehicle immobilized, Jal fled on foot, but police were able to catch up to him and place him under arrest.

Another booking report indicated he tried to evade arrest last year and was charged with obstruction.

Undeterred by previous arrests and free to keep committing crimes, Jal was back at it this year and was charged with intent to defraud after he allegedly stole a check from a mailbox and attempted to cash it on June 29.

According to the Center of the American Experiment, Minnesota — for which Democrat Gov. Tim Walz faces reelection on November 8 — has witnessed a 9.1% crime rate increase since 2018. Contributing to that spike is an 84% increase in murders and a 59% increase in aggravated assaults between 2018 and the 2022 estimate.

Scott Jensen, the Republican-endorsed gubernatorial candidate running against Walz, indicated he would ban nonprofits from bailing out criminals and stiffen penalties for repeat violent criminals.

u201cJensen says he’d support a #mnleg special session only if it were limited to public safety, including his proposals to toughen penalties for carjackings, prohibiting nonprofits from bailing people out of jail, and a Senate GOP plan for police recruiting bonuses.u201d